Europa in Focus: Rape and Rebirth 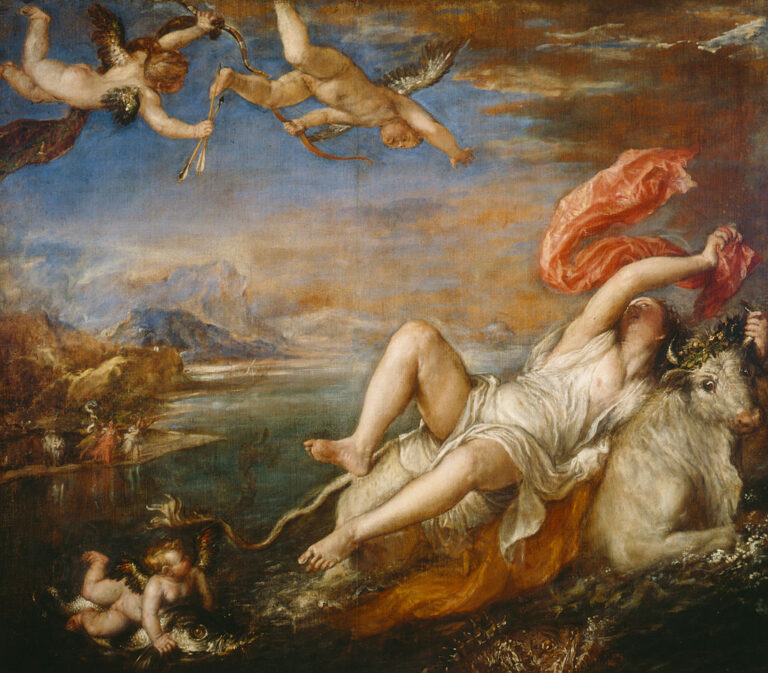 If you read my articles, you’ll know that I tend to get political. With the European Elections coming up this weekend, I wouldn’t be myself letting it pass unnoticed. Hence, I dedicate this post to Europa, a woman after whom the entire continent takes its name.

Europa was a Phoenician woman who had two brothers, Cilix (who gave his name to Cilicia in Asia Minor) and Cadmus who brought the alphabet to mainland Greece. Zeus became infatuated with Europa and according to the oldest Cretan stories recounting god’s numerous love affairs with women, Zeus approached the girl as a tame white bull who joined her herd. Europa, enchanted by the creature, climbed on his back to decorate his horns with flowers, but the mischievous god seized the opportunity and sprang into the ocean.

Zeus swam across the water to reach the island of Crete, where he revealed his identity to scared Europa. She accepted him and his gifts (e.g. a necklace made by Hephaestus, a javelin that never missed and even the constellation in the shape of a bull called Taurus). From their union their son Minos was born who became the first king of Crete. Historically, from this man the first European civilization of Minoans took the beginning.

Ancient Greeks often identified lands or rivers with female figures. No surprise than, that in one of the Homeric hymns the name Europa is used to describe the western shore of the Aegean Sea.

Rape, or Abduction, of Europa is a motif recurring in art. We have ancient vases, marble sculptures and, of course, painting. As with many stories from mythology, it often served as just a pretext to show a magnificent landscape, like in Claude Lorrain or Rembrandt.

In the end, I invite all our European readers to go vote this weekend. Whether on a bull or on foot- go straight to the ballot box! 🙂