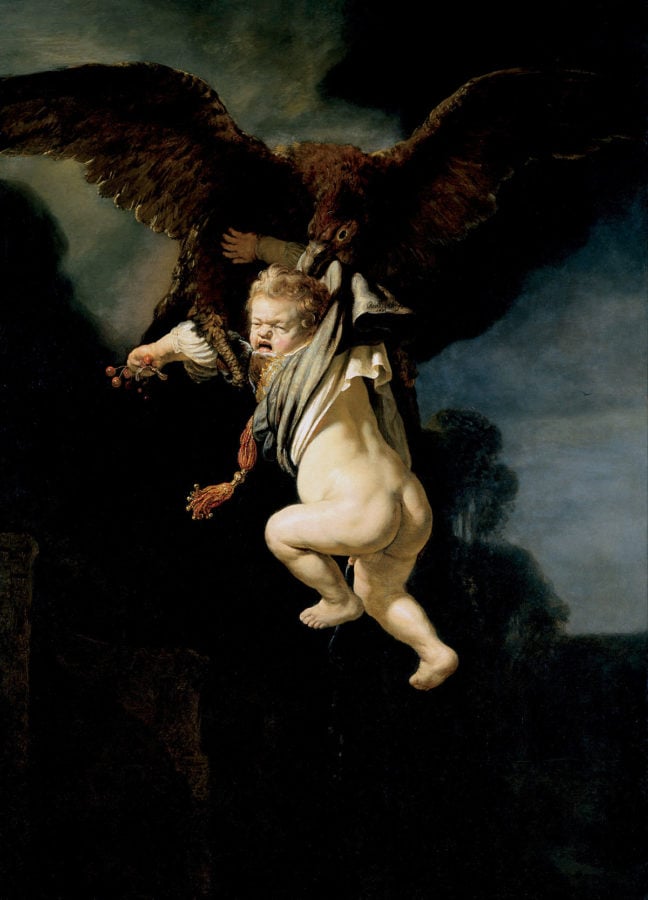 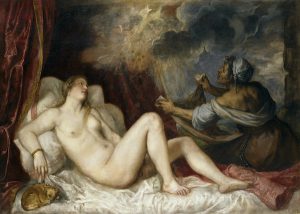 Danae was a daughter of King Acrisius. At the time she was childless and the King asked the oracle of Delphi if this would change. The oracle announced to him that he would never have a son, but his daughter would, and that he would be killed by his daughter’s son. So, Acrisius shut poor Danae up in a bronze chamber who was buried in this tomb, never to see the light again. However, Zeus desired her, and came to her in the form of golden rain which streamed in through the roof of the subterranean chamber and down into her womb. Soon after, their child Perseus was born, and of course couple of years later, he killed King Arcisius – accidentally, but efficiently. 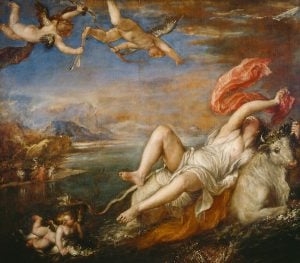 Europa had an affair with Zeus when he was married to Hera. One day Europa with her friends went off gathering flowers by the sea. Zeus noticed them, fell in love with Europa and changed himself into a white bull that smelled of flowers (that must have been interesting). He laid down in front of her and she slid onto its back. Instantly, the bull charged off, plunging into the sea, and began to swim rapidly away from the shore. Europa saw that a whole procession had joined them: Nereids riding dolphins, Triton blowing his horn, and even Poseidon, the ruler of the waters. From this, she realized that the bull must be a god and she pleaded to pity her. Zeus spoke to her and explained his love. He took her to Crete, where he had been raised, and promised her that she would bear him many famous sons – among them was also the infamous Minos.

Io was one of the mortal lovers. She was a priestess of the Goddess Hera in Argos. Zeus noticed Io and of course began to desire her. She initially rejected Zeus’ advances, until her father threw her out of his house on the advice of oracles. Then Zeus enveloped himself in a dark cloud in order and seduced her. According to some stories, Zeus then turned Io into a heifer in order to hide her from his wife. But the deception failed, and Hera begged Zeus to give her the heifer as a present, which, having no reason to refuse, he did. Hera then sent Argus Panoptes, who had 100 eyes, to watch Io and prevent Zeus from visiting her, and so Zeus sent Hermes to distract and eventually slay Argus. According to Ovid, he did so by first lulling him to sleep by playing the panpipes and telling stories. Zeus freed Io, still in the form of a heifer.

In order to exact her revenge, Hera sent a gadfly to sting Io continuously, driving her to wander the world without rest. Finally she escaped to Egypt, where she was restored to human form by Zeus. There she gave birth to Zeus’ children. 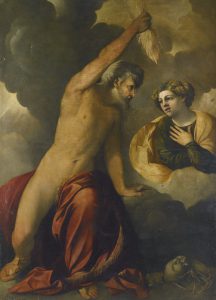 That is actually a super sad story. Semele was a mortal mother of the god of wine, Dionysus.

Zeus’ wife, Hera, discovered his affair with Semele when she later became pregnant. Appearing as an old crone, Hera befriended Semele, who confided in her that her lover was actually Zeus. Hera pretended not to believe her, and planted seeds of doubt in Semele’s mind. Curious, Semele asked Zeus to grant her a boon. Zeus, eager to please his beloved, promised on the River Styx to grant her anything she wanted. She then demanded that Zeus reveal himself in all his glory as proof of his divinity. Though Zeus begged her not to ask this, she persisted and he was forced by his oath to comply. Zeus tried to spare her by showing her the smallest of his bolts and the sparsest thunderstorm clouds he could find. Mortals, however, cannot look upon the gods without incinerating, and she perished, consumed in lightning-ignited flame. Zeus rescued the fetal Dionysus, however, by sewing him into his thigh.

When he grew up, Dionysus rescued his mother from Hades, and she became a goddess on Mount Olympus, with the new name Thyone, presiding over the frenzy inspired by her son. 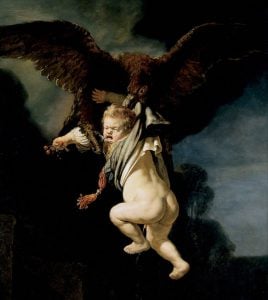 Well, this story is a bit creepy. Ganymede, a divine hero from Troy was abducted by Zeus, in the form of an eagle, to serve as cup-bearer in Olympus. Homer describes Ganymede as the most beautiful of mortals.

If you find any joy and inspiration in our stories, PLEASE SUPPORT
DailyArt Magazine with modest donation. We love art history and we want to keep going with writing about it.
$5 $10 $25 $50 $100 MONTHLY
Related Topics:greek, myths