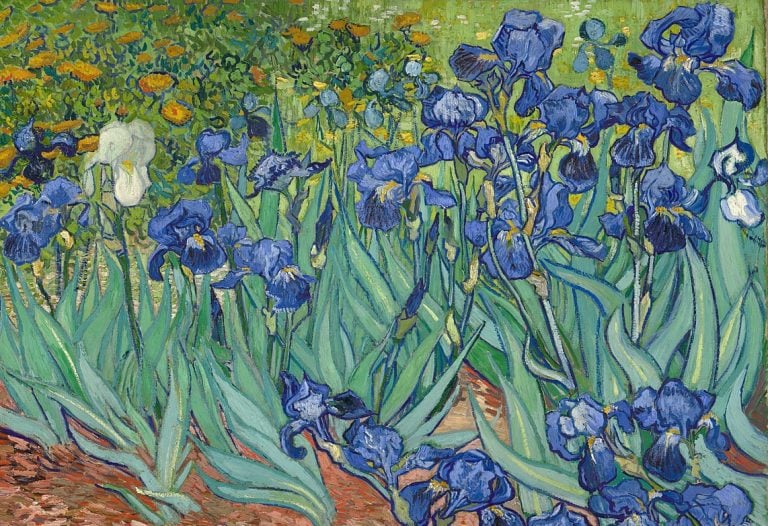 In 2022, we have social media, emails and telephone calls. But a century ago, it was not quite as easy to get a message or love note across to someone without going an extra mile. The Victorians created a secret language within flower arrangements to let people know how they felt. Dutch artists painted seemingly random blossoms on their canvases. But did you know that there are so many more examples of hidden messages in the flora around us? Furthermore, many of these meanings go back to the early years of art history. Let us learn the language of flowers.

While the hidden messages in flora have shifted over the centuries and within different cultures, here are a handful of those flowers and their meaning(s) both in religion(s) and everyday life.

Just as a flower itself can hold a certain meaning, as well can its color. Going back to the Renaissance, roses held meaning in Christianity. White for the Virgin Mary. Red for Christ’s blood. Below, for example, is an excerpt from the Dresden Prayer Book, today located at the Getty Museum in Los Angeles. A large white lily sits in the center-left of the page. Various blue flowers, possibly variations of violets and orchids, are scattered throughout, alongside strawberries and other red vegetation. It mostly all ties back to the purity of the Virgin Mary, denoted by her blue wrap and gold nimbus. The flowers, alongside the painting, tell a story without the need for the use of words: that of Christ’s birth and the Virgin Mother.

It makes sense. Certain flowers like roses come in many different colors. Look at the John William Waterhouse’s painting below, where the female figure brings a pink rose to her nose to inhale its sweet scent. The painting is sensual in feeling. Gentle. Similar to the meaning of a pink rose in comparison to the passion of a red one.

Likewise, it is much the same with tulips and orchids. There are so many colors to choose from. The overall meaning of a tulip is that of deep love, unconditional and perfect. Take a peek at Van Gogh’s Bulb Fields, which showcases the many different colors of tulips that grew during his time. Is this a vibrantly hued love letter to his home country?

One of the better-known genres of art in the 16th and 17th centuries was Dutch still-life paintings. Here is a fun activity. Let us see how many flowers and their meanings we can interpret from the following painting by the famous Rachel Ruysch.

An array of flowers sits against a dark background. The pink, red, and white hued flowers rise and fall, intermingled with insects and a lone seashell (usually seen as a symbol of birth or good fortune) towards the bottom of the frame. However, mixed in among the various flowers are wilted ones; the diagonal composition pulls our eye to the bottom left and top right corners. There is more than meets the eye with this still-life painting. While the majority of known flowers have alternate meanings, here is a simple explanation of the flowers depicted in Ruysch’s 1726 still life.

The mixture of flowers comes together to form a moral message: the beauty of the world around us fades and all living things will eventually die – the cycle of life. Material objects and our lives are but fleeting. It is a Biblical and Christian reference (Matthew 6:19-21). And Ruysch’s painting combines all of the meanings above into one canvas. The message was religious in nature and reflective of the time of its creation. That is to say, the Dutch cared about material things and wealth. But it was best to be reminded subtly of what was to come in the future, and that, overall, one’s devotion to and love of God is what would carry you through life.

From the eastern continents to the west, various religions hold certain truths of their own regarding the meaning of flowers. As noted above, many meanings stem from Christianity. But other religions give meanings to their flora as well. From the Pagans to Buddhists, from the beginning of time to now, a flower is not just a flower. And though meanings have morphed over time, similar symbols still apply. Take, for example, lilies and lotus flowers.

The overall meaning of a lily is of purity and fertility. And while the lily flower holds different meanings based on its color, white lilies have long stood for the Virgin Mary; just as the appearance of her blue robe has. Take some time to look back at Renaissance paintings to look for white lilies. Refer back to the above painting of The Visitation. What are the similarities between the two paintings?

Red carnations are another flower associated with Christ and the Virgin Mary: as seen in the 16th-century painting of the Madonna and Child with Saints.

While you may be aware of the origins of the lotus flower, did you know that it has a much deeper meaning, or hidden message, to many practitioners of Buddhism? The lotus flower symbolizes the highest form of enlightenment a person can reach, spiritually. The lotus flower grows from deep in the mud, reaches the light and turns into a beautiful flower. The metaphor here is that we all have the potential to reach perfect enlightenment, even when our roots are in muddy, dirty water.

Contemporary Vietnamese artist, Tuyen Vu (Vũ Tuyên), has a passion for the lotus flower. Through the years, his oil paintings have become more abstract in their depiction of the flower; but one thing remains true. Tuyen Vu’s love of the flower shines through on the canvas.

Overall, the lotus flower is depicted quite frequently in Asian artworks – and not just in Buddhist-related pieces. Art-historians have found that even the early Egyptians prized the lotus for its connection to their gods.

The Lotus Temple, also known as the Bahai House of Worship, in New Delhi, India, reflects the lotus flower in its construction. It is open to various religions, not dedicated or outfitted with depictions of specific gods. Instead, the building, completed in 1986, maintains a focus on light and water and becoming one with a universal God.

Reading this article, and reading the included sources, it would seem that flowers have a strong connection to the religions and cultures throughout all of history. Ironically, that is not from where the inspiration for the article is derived. But, it quickly became apparent that the connection runs deep. From the Pagans to the earliest Christians, and on to most Asian religions, flowers hold special importance. Likewise, the symbolic meaning of said flowers is prominent in the art of those cultures and religions. What are some hidden messages in flora that you were already made aware of before reading this?