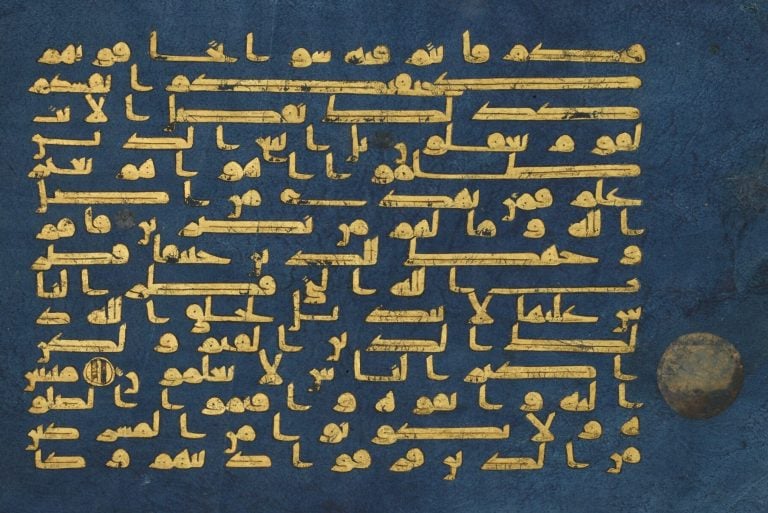 Three monotheistic religions are the so-called “religions of the book”. Judaism, Christianity, and Islam all refer back to a spoken, and later written, word, and all three are centered on the presence of their Holy Books. Torah for Judaism, the Old and New Testament for Christians, and Quran for Islam. It is fascinating, and very telling that the noun “quran” comes from the Arabic verb “to recite”, “to read”.

Here are the most beautiful Qurans you need to see!

It all goes back to the moment in which Prophet Muhammad was asked by the Angel Jibril (Gabriel) to read the words of revelation about one and only God Allah. However, Prophet Muhammad did not know how to read or write so the Angel asked him to memorize the words and recite them to the people of Arabia.

Recite in the name of thy lord who created,

Created man from a clot;

Recite in the name of thy lord,

Who taught by the pen,

Taught man what he knew not

Quran Is the Beginning

The Quran is organized into chapters called suras (114), but to facilitate reading and to distribute the reading over 30-days long months, most Qurans are divided in sections of equal length called juz. This way, you read a small volume of the Quran per day. The Quran is believed to be the beginning of all other books and written compositions, which explains the fundamental role that the Quran plays in culture and art. Every Muslim should own their own Quran and read it daily. If one adds the fact that in the places of worship and sacred texts people and animals could not be represented, as their representation might lead to idolatry, the art of the written word had to be mastered by Islamic calligraphers to mesmerize the readers with precision and minute work.

As Prophet Muhammad was receiving divine revelations throughout his life, the Quran was being written down in the process. The final codified form of the Quran that we know today was created after Prophet Muhammad’s death in 632CE. This was during the reign of Uthman ibn Affan (r. 644–56CE), who was the third of the four first caliphs, known as Rightly Guided Caliphs (al-khulafa-yi al-rashidun). Most probably it was written in Jazm script, possibly scribed by Zaid ibn Thabit.

With time, Jazm developed into different regional styles such as the Hiri, Anbari, Makki, and Madani. Yet the first script that you really should remember is called Kufic and you will recognize it by its angular style. It was developed in the 7th century and it was used until the 13th century! We can see many early Qurans scripted in Kufic and we can also see Kufic inscriptions in the Dome of the Rock in Jerusalem. Because of the angularity of the script, most Qurans were written on horizontally-oriented parchment. The perfect look of the script was often obtained by splitting words across two lines or removing vowels from words. Later, vowels were emphasized with decorative marks, and the beginning of the verses and suras with complex ornamental rosettes.

Sultan Baybars’ Quran was commissioned by the Mamluk ruler Rukn al-Din Baybars al-Jashnagir and produced in Cairo between 1304-1306 C.E. (704-705 in the Muslim calendar). It is the earliest dated Quran of the Mamluk period. It is a splendid example of calligraphic mastery, as it is written in a late script thuluth in gold! Baybar must have had a lot of money because usually gold was used solely for ornaments and headings. The illuminations were made by a team of illuminators, headed by a master called Sandal, while the inscriptions were made by Muhammad ibn al-Wahid. You can virtually browse it in the British Library.

This impressively saturated blue parchment folio comes from one of the most mysterious Qurans in art history. For years, scholars kept on guessing where it was made and on whose request. These days, it has been agreed that it comes from North Africa, possibly Qairawan in Tunisia, where there was an important mosque. Its color is meant to surpass Christian manuscripts produced at the same time in the Byzantine Empire. Christians would dye their manuscripts purple, as it was the color of imperial symbolism, while gold script would highlight the wealth and status of the sponsor of the book. The script of the Blue Quran is difficult to decipher because it has been adapted to make all verses the same length. Can you imagine that possibly around 300 young calves were needed to make parchment for this Quran?

Topkapi Quran is another very famous historic Quran, as it dates back to the times of caliph Uthman (d.656). Yet, scholars still argue about the precise date, as the analysis of calligraphy demonstrates that the shape of the letters does not conform to the writing style of other early manuscripts.  The method of placing the vowel marks in red ink above, beside or below the letters suggests that this Quran was produced after the death of caliph Uthman. Although it was produced so far in time and space from the Ottoman Empire, it found its way there in the 19th century when the governor of Egypt, Mehmed Ali Pasha, sent it as a gift to Sultan Mahmud II.