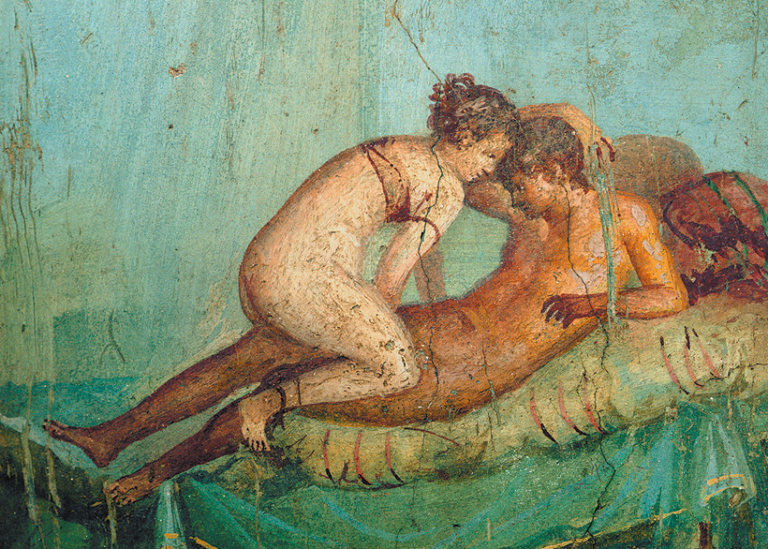 What can we see in Pompeii and Herculaneum?

A lot of phalluses

The phalluses, as an independent phenomenon or as a body part of Pan, Priapus, or a similar deity were a common image. Priapus was the god of sex and fertility and was often shown with an oversized erection.

The phalluses might have also been treated as a ward against the evil eye, which sounds like a quite interesting concept nowadays.

Prostitution was relatively inexpensive for the Roman male, but it is important to note that even a low priced sex worker earned more than three times the wages of an unskilled urban laborer. However, it was unlikely a freedwoman would enter the profession.

These pictures were found in a changing room on one side of the newly excavated Suburban Baths in the early 1990s. The function of the pictures is not yet clear: some authors say that they indicate that the services of prostitutes were available on the upper floor of the bathhouse and could perhaps be a sort of advertisement, while others prefer the hypothesis that their only purpose was to decorate the walls with joyful scenes, which was a popular thing in Roman culture.

There is also one more interesting explanation; that they might have served as reminders of where one had left one’s clothes. Well, whatever works!