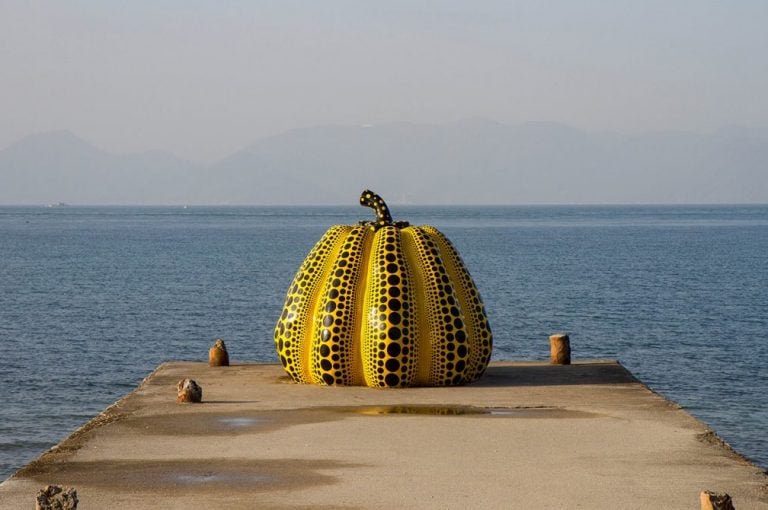 Sculpture is a very impressive form of art, dating back to ancient times. Just like traditionally in painting, art history has acknowledged mainly male sculptors. However, that doesn’t mean that women haven’t made powerful statements through sculpture. As we embrace change and move forwards, more women artists are being drawn from obscurity. In this case, we talk about 10 great women sculptors. Some are already famous, especially the contemporary ones. Others not so much, yet!

Luisa Roldán was born in 1652, in Seville, Spain. She is the first documented female sculptor in Spain. Unfortunately, she is one of the lesser-known great women sculptors. In 1688, she moved to Madrid and a few years later she became the Court Sculptor to Habsburg King Charles II. Despite her position in the palace, Roldán faced serious financial problems and died in poverty. She created religious sculptures for churches in the Baroque style. She also made small terracotta works that were popular in the lower social and working classes of Spain.

Edmonia Lewis was born in 1844 to an African American father and a Native American mother. Sadly both of them passed away while she was still very young. In the 1860s, Lewis managed to attend Oberlin College for a few years. She was awfully mistreated there though. She was accused of theft and poisoning her classmates. Using this accusation as an excuse, a mob attacked her and beat her savagely. Lewis was brought to trial where she proved her innocence.

A while later, she went to Boston to pursue sculpture. Her first celebrated work was a medallion bearing the head of abolitionist John Brown. However, she flourished and became popular when she went to Rome. Lewis found the inspiration for her sculptures in the Emancipation Proclamation, Native American culture, and biblical stories.

Born in 1875, Whitney was an American sculptor, art patron, collector, and founder of the Whitney Museum of American Art in New York in 1931. In the early 1900s, she visited Europe where she was fascinated by the burgeoning art scene. Specifically, the artistic feast of Montmarte and Montparnasse encouraged her to become a sculptor.

Although she created small sculptures too, she became known for her monumental ones. By 1910, Whitney was exhibiting her works publicly under her own name and won several prizes. Also, World War I had a huge impact on her art, as she served as a nurse in France. Despite the fact that she was one of the great women sculptors of her time, her work was sometimes overshadowed by her role as an art patron.

Augusta Savage was born in 1892. She was first married at the age of 15 and one year later she had her first child. However, that didn’t stop her from becoming a sculptor. She managed to get into the Cooper Union in New York, where she impressed her teachers and graduated one year earlier than usual. Her hard-earned fellowships brought her to Paris.

She gained her reputation through her extraordinary skills and perseverance. During the 1930s, Savage opened her own art school back in Harlem. Moreover, she became the first director of the Harlem Community Art Center. She also became the first African American elected to the National Association of Women Painters and Sculptors. Augusta Savage’s best-known sculpture is Gamin, a bust of a young African American boy wearing a rumpled shirt and a cap.

Louise Bourgeois was a French-American artist, born in 1911. She was best known for her large-scale sculptures and installation art. Her most common themes were domesticity, sexuality, mortality, and the unconscious. They were all connected to her childhood.

In 1930, Bourgeois was in Sorbonne studying mathematics. Two years later her mother passed away. Unable to cope with her loss, Bourgeois left math and began studying art as a therapeutic outlet. Over the years she exhibited with the Abstract Expressionists and her art had much in common with Surrealism and Feminist Art. However, she was never formally associated with any artistic movement.

Not much is left to be said about this phenomenal artist. Born in Japan in 1922, she soon became one of the world’s great artists. Yayoi Kusama works primarily in sculpture and installation art. Her work is based on conceptual art but has strong elements of feminism, Minimalism, Art Brut, Pop Art, and Abstract Expressionism.

Kusama usually infuses her artworks with autobiographical, psychological, and sexual content. Her original training was in nihonga, a Japanese traditional painting style. However, her major inspiration was Abstract Expressionism. She actually moved to New York, where she rapidly became one of the most prominent artists of the avant-garde and remains so today.

Another great woman sculptor that needs no introduction. Briefly, she was born in 1930 to a traditional family in a town outside of Paris. She started creating art in order to express her discontent with the conservative life she had fallen into. At the age of 18, she married her first husband, Harry Matthews. However, she couldn’t cope with the expectations and obligations of the conservative domestic life. That subsequently lead her to have a nervous mental breakdown. Niki de Saint Phalle turned to paint for therapy.

She spent a decade experimenting and developing the Shooting Paintings. In the 1960s, she explored the archetypal role of women, creating a series of sculptures named Nanas. They were papier-mâché, yarn, wool, and wire and constituted the women of the new age. In 1979, she created her largest project, the Tarot Garden, in Tuscany: multiple female sculptures represented the figures of the tarot cards.

Chryssa is a famous Greek sculptor. She was born in 1933 in Athens and she studied art at the Académie de la Grande Chaumière in Paris and at the California School of Fine Arts in San Fransisco. In 1955, she moved to New York. She was deeply inspired by the signs and symbols of the mass communications of modern life.

In the 1960s, she developed her most well-known trademark, the use of illuminated neon tubes in different shapes and colors. They were a reference to the radiance of the billboards. Through a variety of mediums and techniques, she created compositions with “emblematic ideograms and allusions to ancient Greece, Byzantium, the female personality”.

Another contemporary female sculptor worth mentioning, Doris Salcedo was born in 1958 in Bogota, Colombia. Her sculptures “embody the silenced lives of the marginalized, from individual victims of violence to the disempowered of the Third World”. Although her works are mournful, they are not memorials. Salcedo materializes the absence, the oppression, and the gap between the weak and the powerful.

Her sculptures are abstract and open to interpretation since they are testimonies of victims and perpetrators. However, she does not work alone. She works in a collective along with architects, engineers, assistants, and even victims of brutal acts. Salcedo tells her personal story through her art. Members of her own family were among those who disappeared in the politically troubled Colombia.

Janine Antoni was born in 1964 in the Bahamas. Her work “blurs the distinction between performance art and sculpture”. This is because her primary tool is her own body. She uses her mouth, hair, eyelashes, and even her brain through technological scanning. Antoni concentrates on showing the process between the making and the finished work. Also, she is another woman sculptor who often addresses feminist ideas.