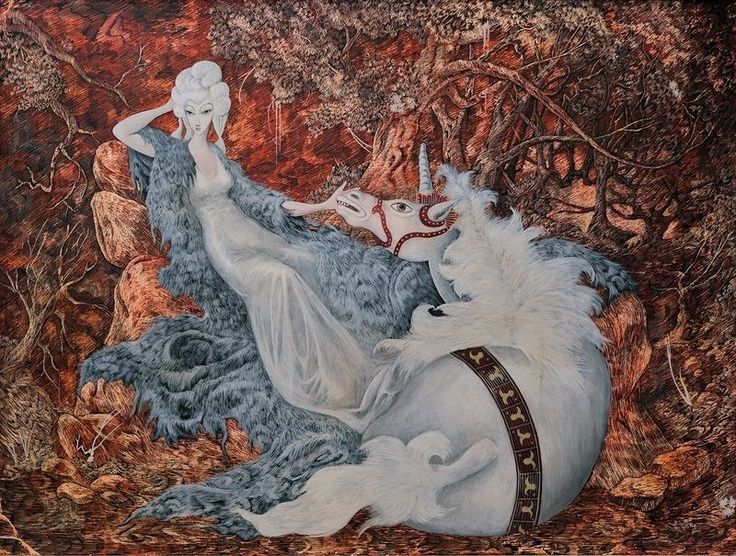 Although known as a modern day invention, selfies have actually been around for centuries, albeit in the more traditional form of self-portraits. Female artists across time have created self-portraits for a number of reasons. Not only did they present how they wished others to see them, but they also used them to address social or political issues. For centuries women had posed as models for art. In an act of defiance and rebellion, female artists used self-portraits to represent themselves as artists in their own rights. A true act of feminism and representation of female power.

Let’s uncover some of these masterpieces by examining 10 of the most famous female artists self-portraits across art history.

The most famous female artist to come out of Mexico, Frida Kahlo’s life, although artistically ground-breaking, was fraught with trouble. She suffered life-changing injuries in a bus accident, had many love affairs, and several miscarriages. For her, a way of dealing with these traumas was through her art. Despite painting a number of self-portraits during her career, Self-Portrait with Thorn Necklace and Hummingbird (1940) teems with symbolic references to her painful experiences.

She faces the viewer in front of a background of leaves. Thorns form a necklace around her, piercing her skin and causing her to bleed. A hummingbird, typically associated with freedom, hangs from the necklace. She depicts the bird as black and lifeless though, evoking Kahlo’s own feelings. The black cat on the right represents bad luck while the monkey, commonly used by Kahlo, represents protection. As a result, this self-portrait is full of images of agony, heartbreak and suffering.

One of the Renaissance’s most celebrated female artists, Sofonisba Anguissola was a pioneer in portraiture and genre painting. The artist’s Self-Portrait (1556), depicts her painting a canvas with the images of the Virgin Mary and Christ, caught in a tender moment between mother and son. In a calm and reserved manner, she gazes out towards the viewer. Above all, she does this in order to present herself as a serious and dignified artist.

In an era when female artists were not taken as seriously as their male counterparts, she wanted to make sure others valued her for her craft. Therefore the focus is not so much on her beauty but rather her creative and intellectual abilities. Furthermore, the references to the Virgin Mary and Christ represent her desire to identify as a chaste, virtuous woman. All of these elements build her image as a significant and distinguished female artist of the time.

Painted by the Italian Baroque artist Artemisia Gentileschi, Self-Portrait as the Allegory of Painting (1638-39) depicts Gentileschi painting herself. Charles I invited the artist to London in 1638, which is thought to be where she painted this self-portrait. She holds a brush in one hand and a paint palette in the other. Thus she identifies herself as the female personification of painting. A bold statement to make at the time, it is tinged with feminist undertones.

Gentileschi also suffered some trauma in her younger years; an older member of the artist’s workshop where she was studying raped her, which affected her greatly. Consequently, feminist themes shine through in a number of her works. Images of women in art were often salacious during the Baroque era. However, Gentileschi managed to manipulate her painting to be empowering, rather than derogatory, towards women.

Remedios Varo was a Spanish Surrealist artist. Born in Spain, she later moved to Mexico where she became an important member of the Mexican artist community and mixed with the likes of Frida Kahlo and Leonora Carrington. Above all, her work was synonymous with spiritual or fantastical concepts, such as unicorns and witches. In large part, this was due to her admiration of Hiëronymus Bosch, whose mysterious compositions undoubtedly influenced her.

For instance, her Self-Portrait with Unicorn (date unknown) shows her ability to balance realistic qualities with imaginary ones. The whites and blues of herself and the unicorn stand out against the warmer reds and oranges in the background. Principally she creates this contrast with the aim of challenging viewers’ understandings of their own psychologies, bodies, and powers.

Born in Boston, MA, Lois Mailou Jones began her artistic career in textile design before focusing on fine arts. After leaving the US for Paris in the 1930s and 1940s, she became one of the most notable figures to attain notoriety for her art while living as a black expatriate. Above all, she looked towards Africa and the Caribbean when painting. The vibrant colors and rhythmic forms greatly influenced her style.

However, it wasn’t until 1970, at the age of 65, that she traveled to Africa for the first time. Even so, three decades prior to visiting Africa her work was already richly tinged with African influences. This can be seen in Self-Portrait (1940) in which she links her identity with traditional African cultures. Notably, Jones’s work often features artwork within her art. For example, the sculpted figures in the background of this self-portrait are symbolic of her roots in Africa.

A leading portraitist, Élisabeth Louise Vigée Le Brun was well-known for painting her subjects in a flattering and elegant style. As a result, many considered her to be one of the most fashionable portraitists of her time. After some training from her father, she entered the Académie de St Luc at a time when very few women were admitted.

By the age of 20, she entered court as a royal painter. Later, Queen Marie-Antoinette of whom she painted 30 portraits, was her patron. After a career of capturing the elegance of others, she set out to depict herself. Le Brun’s Self-Portrait (1790) presents the artist in front of a canvas with a palette in hand. She wears an elegant black silk gown while working on an image of the Queen. Her aim here was to evoke the image of power and prestige that she had gained through her position as painter to French royalty.

Polish artist Tamara de Lempicka’s painting technique lay in the fields of the avant-garde art movements of Neo-Cubism, Futurism, and Art Deco. In 1929 Die Dame, a German fashion magazine commissioned her to create a self-portrait for the front cover. The issue’s theme was the celebration of female independence.

Consequently, she produced Self-Portrait in the Green Bugatti (1929), one of the most famous female artist self-portraits in art history. This portrait shows her in the driving seat of a Bugatti racing car. Notably, she wears a leather helmet and gloves and is wrapped in a gray scarf. Here she is the personification of beauty, independence, wealth, and inaccessibility. As such, it is one of the best-known examples of Art Deco portraiture.

French neoclassical artist Marie-Gabrielle Capet excelled as a portrait painter during the 18th century. During this era in France, women began appearing in new positions within society. Art was a new field opening up to women as professionals, with Capet making her mark on this burgeoning female art scene.

Her Self-Portrait (1783) presents her holding chalk as she sits at an easel, looking out towards us. Her blue satin dress with ribbons depicts the lightness of the Rococo style of the time. Furthermore, she presents herself with a simple facial expression, beautifully highlighting her youth and sensuality. Above all, the painting represents the upward movement of female artists. With the French Revolution on the horizon, traditional societal practices were becoming something of the past. Change was coming and women, like Capet, were moving into the spotlight.

Angelica Kauffman was a Swiss Neoclassical portraitist, landscape and decoration painter. A wealthy, independent, and vigorously talented woman, she was a female force to be reckoned with. Notably, she was one of the two female founding members of the Royal Academy in London in 1768.

Her Self-Portrait (1770-75) shows the female artist holding a portfolio and crayon. Interestingly, she depicts herself wearing a classical garment in order to underscore her place as an amateur artist. The main reason for this was that she wanted to retain her ladylike status and avoid gossip. Above all, she paints herself in this way in order to distance herself from fashion and society, preferring to be seen as an artist, rather than as a woman.

Amrita Sher-Gil was a pioneer of modern Indian art, so much so that she is often referred to as India’s Frida Kahlo. Particularly skilled in blending traditional and Western art forms, she had a talent for capturing the female form. Above all, Paul Gauguin’s paintings of Tahitian women impacted her. He presented the women acknowledging the viewer and displayed their bodies for observation, or as Sher-Gil thought exploitation. As a woman having both Hungarian and Sikh origins, she decided to confront Gauguin’s paintings. Consequently, she created Self-Portrait as a Tahitian (1934). Here she challenges Gauguin’s idealized nudes. Therefore, in an act of defiance, she does not face the viewer or acknowledge their gaze.