Attention, Dangerous Art! How Art Can Hurt You 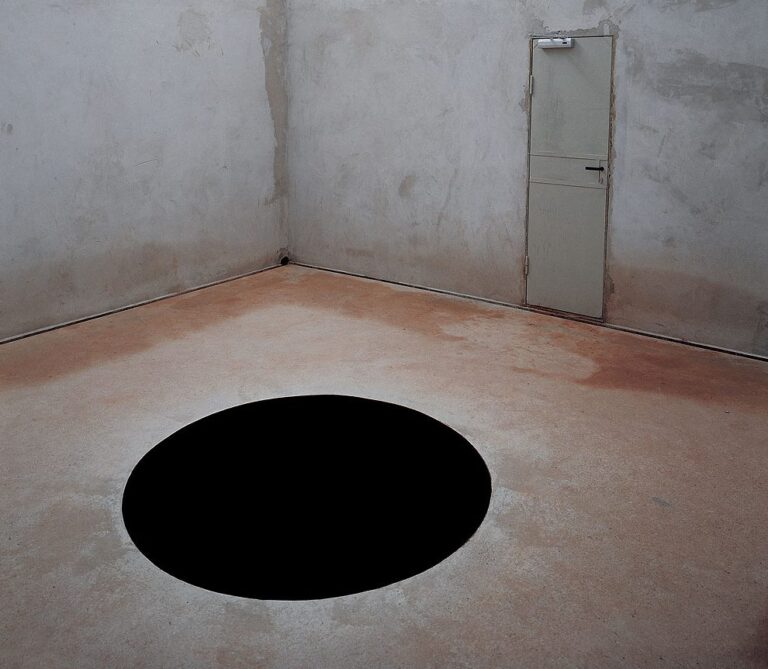 Every once in a while, an accident involving an artwork happens. Usually it is the artwork that ends up damaged, but sometimes it is the audience that comes to harm and gets injured. This happened in the case of Descent into Limbo by Anish Kapoor, a work from 1992, exhibited in Serralves Museum in Porto. A 60-year old man discovered, in a painful way, that the limbo is 2.5m deep and definitely is not a black dot on the floor. Sometimes art might be more dangerous than we think.

When the Earth Comes Apart

By no means was Kapoor’s work the first to harm an overly curious viewer. It seems that Tate has a special knack for it too. Shibboleth from 2007 by Doris Salcedo was a long crack in the floor of the Turbine Hall of Tate Modern, symbolizing racial hatred and division in society. It must have been very tempting to check how deep this division is as there were several accidents, luckily with only minor injuries, that happened when the work was shown.

Kapoor’s work was not only a hole, it was a black hole. In 2009 Mirosław Bałka explored the blackness to the extreme in his work How It Is, another troublemaker at the Tate Modern. Bałka installed a huge steel chamber that was completely dark, inviting and challenging the audience to explore the space without relying on their sight. It is quite surprising that only one minor accident happened, given that visitors had nothing to aid their orientation. Visiting together with others made it even more difficult, as one had to avoid not only the walls but also bumping into other people. The experience was oppressive despite the vast space.

Carsten Höller’s Test Site from 2006 was designed for a more positive and uplifting experience. The installation consisted of several slides placed in the Turbine Hall, giving the audience a rare chance to experience the delight of sliding as an adult. As Höller described them: they’re also a device for experiencing an emotional state that is a unique condition somewhere between delight and madness. It was described in the 1950s by the French writer Roger Caillois as ‘a kind of voluptuous panic upon an otherwise lucid mind’. Unfortunately, they also caused some broken bones.

Is There Such a Thing as ‘Too Much Fun’?

In 1971 the Bodyspacemotionthings installation by Robert Morris at Tate had to be closed after only four days due to ‘the unexpected and over-enthusiastic response of the audience’. It was the first fully interactive exhibition consisting of beams, rollers, weights, and ramps. It invited the audience to touch, move, climb and balance. People went crazy and not only managed to damage the artwork but also themselves. In 2009 Tate Modern recreated the work, in a much more controlled way and using better materials, but still it appears no gallery can protect people from themselves.

As modern art abandons the notion of ‘”Do Not Touch” and invites us to interact with artworks it may be good to remember that art may not only move us but also hurt us. But then what’s the fun if there is no risk?