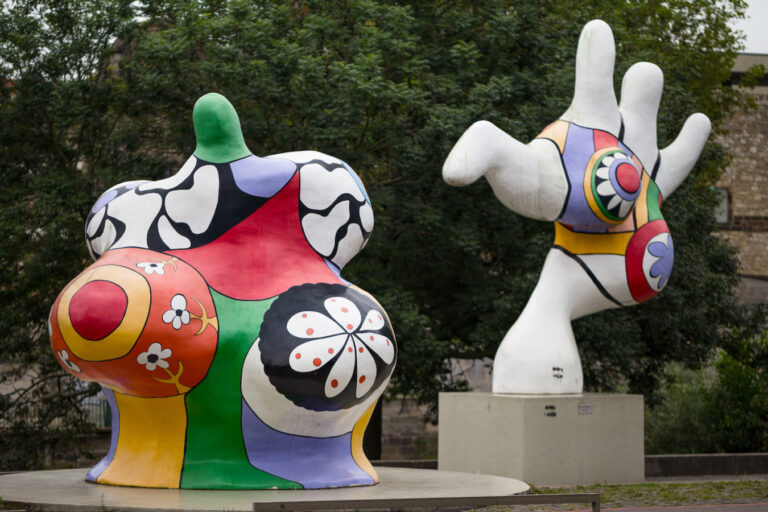 1966, Stockholm, Sweden and an incredible art event occurred about which not even the press who were invited to the launch knew what to say. A gigantic version of a strange form of sculpture known as Nana Statues was to be found at the Moderna Museet and entitled, Hon-en-Katedrall Three international artists: Niki de Saint Phalle (French), Jean Tinguely (Suisse) and Per Olof Ultvedt (Swedish) had been brought together under the auspices of the Director of Moderna Museet of Sweden, Pontus Hulten to create something in collaboration for the museum. After much deliberation and frustrations, a decision was made to create a giant version of one of Niki de Saint Phalle’s Nana statues. Named, ‘Hon’ for ‘She’ in Swedish, this colossal ‘cathedral’ to womanhood took 40 days to create and was designed to be entered through the birth canal, and explored with, it must be said, trepidation by those who wished to experience a return to the womb.  Saint Phalle described this work as  “a doll’s house for adults just big enough to sit and dream in.” [caption id="attachment_7842" align="aligncenter" width="620"] 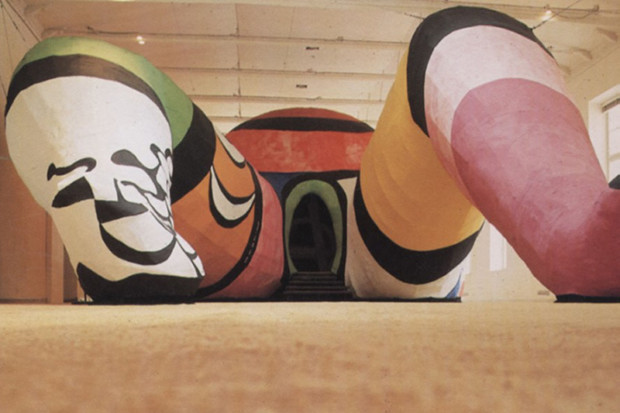 Niki de Saint Phalle, Hon, 1966[/caption] Ten years earlier, In 1956, de Saint Phalle met the artist Jean Tinguely and their collaborations appear to have released her unique talent.  Prior to this moment, she had become famous for her abstract works where she used guns to shoot bags of paint over canvas. But now, de Saint Phalle turned her attention to another form and her statues were voluptuous depictions of women in all manner of positions. Made of paier mache, the Nana statues, explored the female role in society.   From these statues, Hon was the natural development of Saint Phalle’s ideas. The Nana statues were originally inspired by a pregnant friend of Saint Phalle.  The original statues were made of fabric and found objects and as more were created, Saint Phalle used polyester, ceramic and other components to make the statues more curvaceous. The Nana statues can be found all over the world as seen in the images below and it can be safely said that they are eye catching and thought-provoking all in one beautifully voluptuous body: [caption id="" align="aligncenter" width="620"] 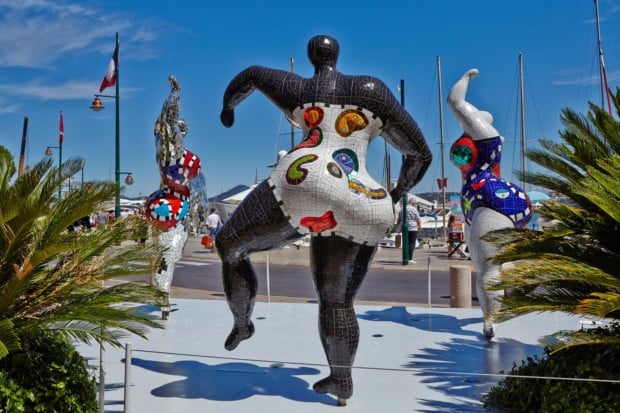 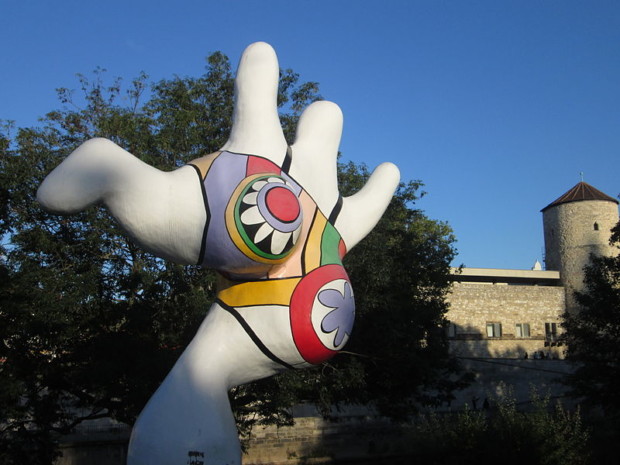