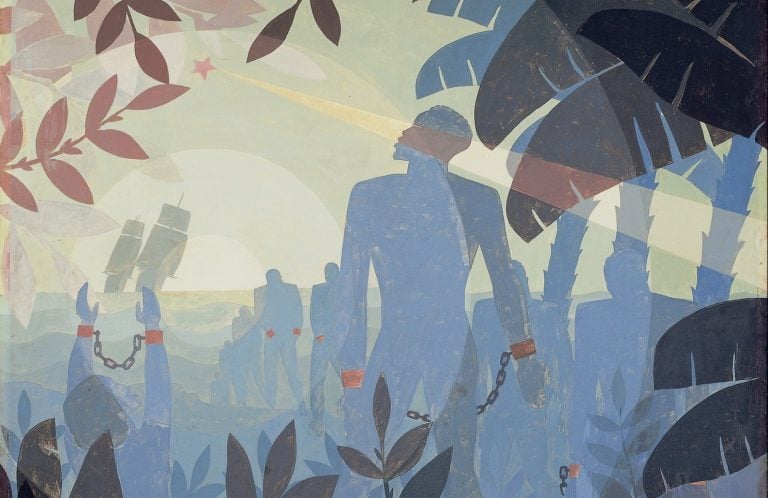 In the first quarter of the 20th century, the Harlem region of New York City witnessed an unprecedented artistic production. Later called the Harlem Renaissance, the period gave an opportunity to African American citizens to represent themselves in their art like never before. Here is a brief but decent recap of the whys, hows, and whos of the Harlem Renaissance for all of us to learn and appreciate.

The Great Migration of African Americans in the USA established the Harlem Renaissance grounds, starting from 1916. During this period, millions of African Americans moved from the southern states to the northern states of the USA, in search of better social, political, and financial conditions. Many of these opportunity-seeking citizens were prolific in various areas of art; from painting, sculpture, and film to writing and editing.

Many of these talented people concentrated in New York’s Harlem neighborhood gave the movement its name, the Harlem Renaissance. Also known as the New Negro Movement, this artistic outburst was when Black people in the USA went from being objects of art to being independent subjects for the first time. The movement was well revered by African Americans during its time and was later internationally recognized as an artistic revolution. Although the Great Depression brought everything to a standstill throughout the 1930s, the movement managed to last until the late 1930s.

Prominent Artists of the Era

Thanks to the better opportunities in their new home, African and Caribbean American citizens finally reached a relatively higher level of financial stability and racial equality. Having their priorities sorted out, the newly immigrated group could now focus on the many social problems they constantly faced. During the period, African Americans attempted to portray their people and culture, and understand it with their own initiative on their own terms. The literary journal Fire!! was published in 1926 by writers Langston Hughes and Richard B. Nugent and featured the works of young African-American artists. Other outstanding writers/poets included Zora Neale Hurston, Claude McKay and W. E. B. Du Bois.

The New Orleans-born jazz music genre was also very popular and flourishing during the 1920s in Harlem. Jazz musicians such as Fletcher Henderson and Duke Ellington rose to big fame during this time thanks to their great dedication and talent. When it comes to cinema, the director and screenwriter Oscar Micheaux made the first feature African-American film, The Homesteader, in 1919.

Producing both silent and sound films, Micheaux took the lives and struggles of African Americans as subject in his films. There was also significant interest in theatre production during this period. Therefore, Black community theatres as well as musicals that targeted Black people as their audience were very popular. Theatre writers/producers/actors such as Garland Anderson, Regina M. Anderson, Paul Robeson, and Aubrey Lyles gained prominent recognition and acclaim.

Painting During the Harlem Renaissance

To take a closer look at the fine arts side of things, painting and sculpture were two very popular disciplines. Similar to other areas of art during this period in painting, the artists preferred portraying the African-American lifestyle and their daily problems. The style, color palette, and material depended on the artist’s choice, as a rigid unity in these cannot be observed. However, in general, it is safe to say that many artists went for vivid and diverse colors in their works, to make a reference to classical African art and clothing. Several artists such as Loïs Mailou Jones, Aaron Douglas, and Jacob Lawrence created paintings that were very unique, modern, and eclectic. On the other hand, painters like William Edouard Scott and Palmer Hayden embraced a more modest style in their works that resembled traditional European art.

Sculpture During the Harlem Renaissance

The pioneer figure in the discipline of sculpture during Harlem Renaissance was Augusta Savage. For Savage, her art was a part of her activism where she could express her feelings about the discrimination that she had to face all her life as a Black woman. Savage’s sculptures and that of others in the period depicted African-American people in different shapes and conditions.

In addition to Augusta Savage, Richmond Barthé, Meta Vaux Warrick Fuller, and Selma Burke were notable sculptors. They created figurative works, of different sizes and subject matters, that brought them international recognition. When it comes to material, bronze sculptures were preferred by artists at the time. However, it was also very common to cast sculptures out of different materials and later paint them in bronze color as it was very expensive. By any means, the artists managed to create some of the most unique and intriguing artworks created in the USA until then.