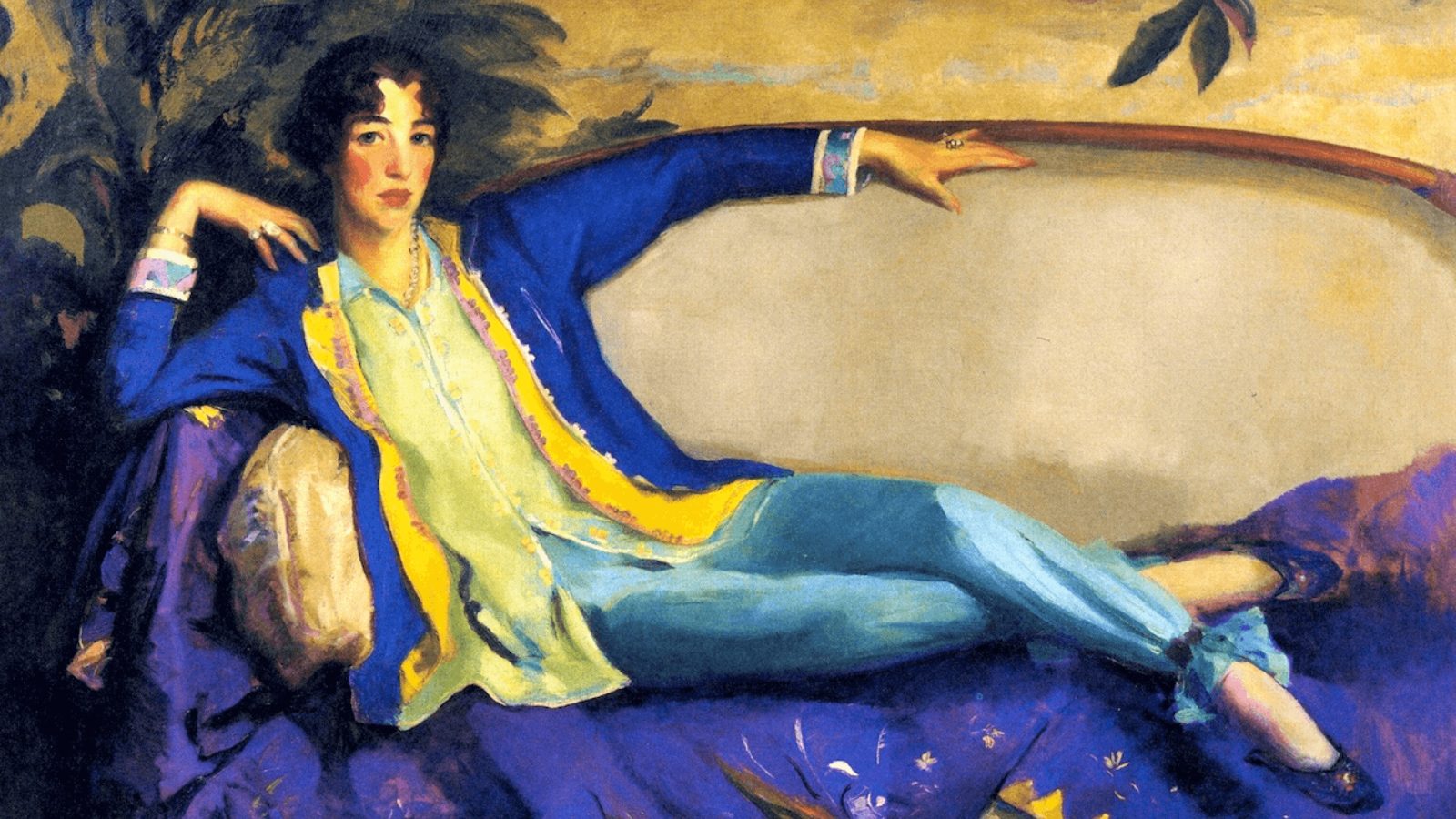 Women’s History Month begins today. So it’s time to celebrate the many women who have made their mark on art history. Here, we’ll meet five female art patrons with impeccable taste and amazing collections. Female art patrons don’t always get the recognition they deserve, which can make people think they didn’t exist. That is simply not true. For a long time, collecting and commissioning artworks was one of the few creative avenues open to women, especially women of financial means.

Isabella d’Este (1474-1539) was one of the most prolific female art patrons of the Renaissance. As the Marchesa of Mantua (an Italian city-state), she had great wealth and power at her disposal. She was very intelligent and well versed in many arts and endeavors. She played music, designed her own clothing, cosmetics, and jewelry, and generally wielded great influence.

While her collections were board and diverse, she particularly loved the classical world. D’Este purchased many antiquities as well as more recent works such as majolica pottery. She also commissioned the era’s greatest artists to make her paintings and sculptures, usually with classical and allegorical themes. Isabella often had the sculptor, Pier Jacopo Alari, nicknamed Antico for obvious reasons, recreate ancient statues that she could not purchase.

D’Este arranged her collection in two rooms of Mantua’s Palazzo Ducale and invited lucky guests to visit. Isabella was also a notorious fashionista, and she really liked having her portrait painted. In fact, she commissioned portraits by Renaissance Italy’s finest, including Titian and Leonardo da Vinci. She even convinced Leonardo to sketch her image in 1499. However she never managed to get him to paint the oil portrait she desperately wanted. Isabella preferred idealized to realistic portraits, particularly in her later years.

IDEA: Isabella d’Este Archive is working on a virtual reconstruction of d’Este’s collections as they looked in their original setting in the Palazzo Ducale. Check it out here.

Isabella d’Este had something in common with the later and better-known female art patron Madame de Pompadour (1721-1764), aka Jeanne Antoinette Poisson. Madame de Pompadour was the highly-influential mistress of King Louis XV of France. Like d’Este, she had a strong influence in both politics and culture through her association with a ruling man. In fact, her power long outlasted her relationship with the king. Also, like d’Este, she was a glamorous and fashionable trend setter.

Madame de Pompadour patronized all the finest artists, writers, and intellectuals of her time. The numerous portraits of her, many by the artist Francois Boucher, have since become icons of Rococo style. Madame de Pompadour was also very intelligent which is why her portraits often show her with a book in her hand. She was also something of an artist herself, she played music, curated, and cut her own gemstones. She supported the Sevres porcelain factory, French tapestry makers, and scholars compiling the first French encyclopedia.

Russian Empress Catherine II, aka Catherine the Great (1729-1796), was certainly among the most prolific of all female art patrons. She once called herself a “glutton for art”. As a monarch, it is certainly not surprising that she was an art patron. World leaders, including women, from the ancient Egyptian pharaoh Hatshepsut to Dowager Empress Cixi of Qing Dynasty China, have always commissioned monuments, portraits, medals, and other works of art to glorify their reigns. But Catherine’s art patronage went far beyond this. She was certainly a voracious collector.

Catherine collected paintings, metalwork, porcelain, religious items, books, gemstones, and much more. While sometimes she bought up entire collections in one go. For her, amassing artworks was a way to prove that Russia, which had long been viewed as a cultural backwater, could rival Enlightenment-era Europe. She was also a prolific patron of architecture, mostly in the Neo-Classical style. Catherine the Great’s collection forms the basis of the famous Hermitage museum in St. Petersburg. She essentially founded the museum when she started displaying her collections in the Winter Palace. She also had the Great and Small Hermitages built. The Hermitage museum didn’t open to the public until the 19th century.

Catherine the Great’s collection forms the basis of the famous Hermitage museum in St. Petersburg. She essentially founded the museum when she started displaying her collections in the Winter Palace. She also had the Great and Small Hermitages built. The Hermitage museum didn’t open to the public until the 19th century.

Female art patrons became abundant in the late-19th and 20th centuries. In this era women founded some of America’s most important museums. Isabella Stewart Gardner (1840-1924) is the most famous of these women. The energetic, unique, and well-traveled Gardner collected world-class paintings, like Rembrandts and Vermeers, and other works of art from both eastern and western traditions. The celebrated connoisseur Bernard Berenson was her personal art adviser.

Hence Gardner built her own Renaissance palazzo-style home in Boston to display her collection. An active patron, she contributed to the design and even constriction of her new home. The building, originally named Fenway Court, is now the Isabella Stewart Gardner Museum. As specified in Gardner’s will, her entire collection is still displayed exactly as she originally curated it. Unlike the other female art patrons on this list, Gardner focused more on collecting existing works than on commissioning new ones. However, she did have memorable portraits painted by John Singer Sargent and Anders Zorn. The Gardner Museum is best known today for the still-unsolved 1990 art theft that deprived it of several treasures.

Gertrude Vanderbilt Whitney (1875-1942) was a sculptor and patron from America’s prominent Vanderbilt family. (That’s basically the American equivalent of nobility.) Whitney made it her mission to promote living American artists. This is because modern didn’t get much support from American museums and collectors at the time. She founded the Whitney Studio Club in her New York City sculpture studio as a place for these artists to work, socialize, and exhibit. She also amassed a huge collection of works by living American artists. Whitney offered to donate her collection to the Metropolitan Museum of Art but was turned down. The Met wasn’t in the modern art business just yet. Instead, she opened her own Whitney Museum of American Art in 1930.

Gertrude Vanderbilt Whitney wasn’t the only modern-art-loving American woman to think along these lines. Abby Aldrich Rockefeller, Lillie P. Bliss, and Mary Quinn Sullivan founded the Museum of Modern Art (MoMA) in 1929. Also artist and abstract painting-lover Hilla Rebay teamed up with Solomon R. Guggenheim to create the Guggenheim Museum in New York in 1939. Last but not least, Peggy Guggenheim opened her Venetian museum to the public in 1951.

There have been so many more great female art patrons than can possibly fit in this article. Meet some of them through articles on Frieze and Artsy. And 21st-century female art patrons are continuing to impact the art world today.