5 Greek Female Artists You Should Know 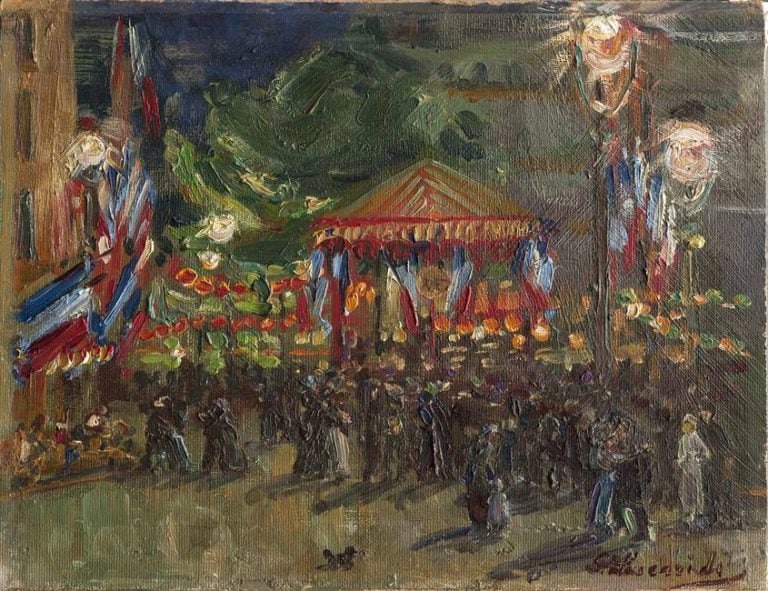 The debate around the position of women in art is going even further every year. On a global level there have been studies, articles, and books about women artists that had a huge impact in the art world but were not recognized in their time. However, this is not the case in Greece. Unfortunately, Greek art history still has a long way to go to incorporate its female artists. Lately, there have been some articles about them but they haven’t gained the acknowledgement of the greater art world. So, here we will attempt to give light to 5 Greek female artists that played an important role in their time. Some of them are already acknowledged and some still battle for recognition. Let’s see who they are!

Eleni Boukoura was a Greek artist of Arvanite descent. She was the first great Greek female artist of post-independence Greece. Eleni was born in 1821. She showed her artistic talent at an early age and her father hired the Italian artist, Raffaello Ceccoli, to tutor her. Ceccoli was enthusiastic about her work. He gave her a letter of recommendation to study art in Italy, as in Greece she wouldn’t gain recognition because she was a woman.

Even so, in Italy in 1848 society didn’t approve of female art students. Studying the naked body was scandalous for the eyes of the “weaker” sex. Therefore, Eleni dressed as a man to attend her classes. She studied in Rome and Naples, where she met the Italian artist and follower of Garibaldi, Francesco Saverio Altamura. In 1852, they got married and had three kids: John, Sophia, and Alexander. However, in 1857, Francesco left her for the British painter Jane Benham Hay and he took their youngest son, Alexander, with him.

Devastated, Eleni moved back to Greece and stayed in Athens. There she tutored young women in painting. One of her students was Queen Olga, the wife of King George I of Greece. Her son, John, inherited her artistic talent. He initially studied at the School of Fine Arts in Athens and later in Copenhagen on a scholarship.

However, misfortune followed Eleni. Her daughter Sophia became ill from tuberculosis. The doctor advised them to move to the island of Spetses because the fresh air would help her condition. Alas, Sophia passed away at the age of eighteen. In 1876, John returned from Denmark but he also died of tuberculosis two years later. Eleni was unable to cope with the loss of her children. One night, after a major mental breakdown, she burned most of her artworks. Her mental health was very unstable and from that point on she didn’t have a healthy and creative life. She died in 1900.

Sophia was born in 1876, in a family that encouraged her artistic aptitude. She studied at the Académie Julian in Paris next to Jean-Joseph Benjamin- Constant and Jean-Paul Laurens. Next she returned to Greece and appealed to King George I in favor of the enrollment and acceptance of female students at the School of Fine Arts. She was able to join the school and became a student of many great Greek artists such as Nikephoros Lytras and George Iakovidis. Sophia left again, this time for Germany, and then for France again. She attended art schools in both countries.

While in Paris in 1910, Sophia received a letter from her beloved that he was unwell. By the time she returned to Greece, she found out he had committed suicide. Desperate, Sophia attempted to take her own life but her mother got to her first. She moved back to Munich and then to Paris again. There she exhibited her works at the Salons of French Artists and the Independents and she gained the approval of the art world. After her mother died in 1916, Sophia moved back to Greece permanently. She passed away in 1965.

She was influenced by Jean-François Millet‘s realism and by the Impressionism of Honfleur and the School of Barbizon. Her teachers, Odysseas Phokas and George Roilos, also inspired her. A romantic attitude is characteristic of her work. She created many paintings, landscapes mostly. However, there are also many paintings of domestic life, where the dominant themes are female figures, portraits, and still lifes.

Eleni Stamatopoulou is one of the least known Greek female artists but she is very important. Unfortunately, there is not much information about her. She lived at the same time as Sophia Laskaridou. She came from a wealthy family in Thessaloniki. At the end of the 19th century she left the city, which was still under control of the Ottoman Empire. She first went to Munich and then to Florence, where she studied art. Her works became known for their intensity.

Eleni Stamatopoulou became the first female painter of the city of Thessaloniki. After her studies she returned back home and she married a lawyer, George Komitopoulos. She devoted herself to art and welfare. It is highly likely that she had some part during the Balkan Wars (1912-1913) and World War I, but the Greek bibliography barely mentions her.

Thalia was born in 1871 in Siatista, Western Macedonia. In 1874 her family moved to Constantinople (as Istanbul was still called at the time). When she grew up, she tried to study at the School of Fine Arts, but the institution wouldn’t accept her because of her sex. So she went to Munich, where she studied art with Nikolaos Gyzis and George Iakovidis. In 1898, she returned to Constantinople to make her living as an artist.

From 1907 and for over thirty years after, Thalia lived in Alexandria, Egypt. She married Nikos Karavias, publisher of the Greek newspaper Ephimeris. In Alexandria, she founded and directed a painting school, which was very popular in the Greek community.

During the Balkan Wars she followed the Greek army as a correspondent to her husband’s newspaper. Thalia depicted many war scenes using coal, chalk, and pastels. She later published a book of her experiences at the front, Impressions of the War 1912 – 1913: Macedonia – Epirus. Furthermore, she followed the Greek army during the operation in Smyrna in Asia Minor (1919 – 1922). She also captured scenes of the Greek – Italian war in 1940 – 1941.

Thalia died in Athens in 1960. All of her life she remained close friends with Sophia Laskaridou.

Characteristics of Her Work

Thalia’s work is integrated into the Munich School, although her paintings don’t match the use of light and color that characterizes the Impressionists. Her last works after the war show that Thalia skipped Impressionism and turned directly to Expressionism. Besides her war depictions, she also became known for her almost 500 portraits.

Chryssa is the contemporary artist of our list. She was born in 1933 in Athens. She studied in Paris and San Francisco and in 1955 she moved to New York. In 1961 she did her first solo exhibition at the Guggenheim Museum. Chryssa soon gained recognition in the American art world as one of the refreshing suggestions that followed Abstract Expressionism. She always drew her inspiration from metropolitan cities and signs, and symbols used in mass media.

In the 1960s, she developed the use of illuminated neon tubes in different shapes and sizes, as a reference to the radiance of billboards. Generally she used materials of a technological nature, such as aluminium, Plexiglas, neon, and steel. However, this does not mean that her sculptures lack personal sensitivity.

If you enjoyed reading about Greek female artists, here are some suggestions for other women artists you have to know: