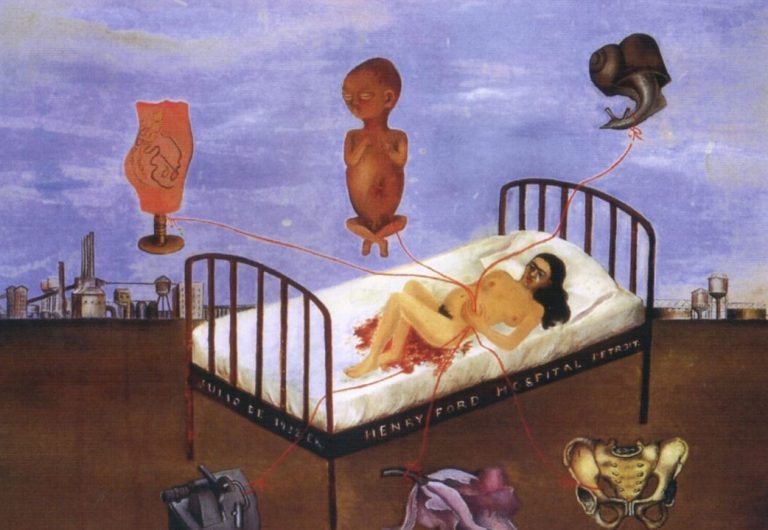 The Women Who Changed Art Forever: A Novel Graphic about Feminist Art

Why Have There Been No Great Women Artists? 50 Years Later

In its most fundamental and simple sense, feminist art is the work by artists of any gender, created consciously with the aim of addressing equality of the sexes, and in light of feminist art theory from the 1970s. The number of incredible female artists who explore feminist ideas has exponentially increased in the last 50 years, but there remain some who stand out as absolute icons within the movement.

The iconic essay by art historian Linda Nochlin sparked a debate that has still yet to be fully answered: Why Have There Been No Great Women Artists? Nochlin wrote this seminal piece in 1971 and discussed the socioeconomic and inherently sexist practices that had prevented women from excelling in the art world. In response, women around the world began to create work that dealt with the singular female experience, and increasingly began to use their works of art to challenge the patriarchal systems that had prevented their predecessors from being seen or heard.

No list of feminist artists would be complete without the inclusion of Judy Chicago. Born Judith Sylvia Cohen, Judy Chicago legally changed her last name after her husband’s death in 1970. This act in itself identified Chicago as an emancipated, independent woman who embraced her feminist identity.

From this point onward, Chicago set out to educate the world through her art. Her oeuvre often incorporates the so-called “sister arts” of craft; such as needlework, and still life, counterbalanced with stereotypical masculine skills such as welding and pyrotechnics.

Chicago’s most iconic piece The Dinner Party, made in 1979, changed the feminist art movement forever and is still discussed in art schools worldwide. The installation saw 39 place settings arranged along with a triangular table for various famous women. Each setting was embroidered with the woman’s name and had a ceramic plate of a flower intentionally manipulated to look vaginal (as inspired by the Freudian readings of Georgia O’Keeffe’s flowers).

Still very much making waves, earlier this year Chicago played a key role in Dior’s January Haute Couture show in 2020. The show itself took place within the womb of a female deity and hanging within were giant 3 meter high embroidered banners all focused around Chicago’s key question: What If Women Ruled the World?. The art and fashion worlds collided on this occasion and joined forces to remind the world that there is still much to be done for equality.

Chicago is a fierce artist who throughout her 50 year career has celebrated women as sexual beings, creators, mothers and leaders. Without Chicago, the feminist art world would be a very different place.

A personal favorite of mine, Georgia O’Keeffe was an American artist whose name, for most people, conjures up the image of her close-up flower paintings. She is often referred to as the “mother of American modernism”, as O’Keeffe was one of the few women artists thrust into the New York gallery-sphere as early as the 1920s. O’Keeffe was celebrated for her individualistic spirit, her lack of care for criticism (most of which was influenced by Freudian readings anyway), and her innovative depiction of form.

However, whilst O’Keeffe’s contemporaries praised her work for her apparent inclusion of sensual, female imagery in her work, O’Keeffe refused to join the feminist art movement or cooperate with any “any women” projects. She hated being called a “woman artist” and famously was angered by her inclusion in Chicago’s Dinner Party. Despite this, O’Keeffe is a feminist icon. Her fiery personality and iconic works have influenced generations of feminist artists – regardless of whether she wanted them to, or not.

Yet another non-feminist feminist icon. Frida Kahlo is arguably one of the most iconic women of all time – Kahlo’s monobrow and flower crown donning image is seen everywhere: on tote bags, stationary, clothes and even air fresheners, you certainly don’t have to know the art to know the woman.

Born in Mexico, Frida Kahlo worked alongside her husband and fellow artist Diego Rivera at a time before the term “feminist art” was even coined. And yet, Kahlo’s evocative, heart wrenchingly raw and deeply personal self-portraits are retrospectively seen as feminist as the artist led the way for women to present their bodies, their pain and their frustrations as art.

Kahlo’s life was filled with pain, loss and anguish, and these all inform her work. At the age of 18 Kahlo was involved in a horrific tram accident in Mexico. The tram came off the tracks, and in the process, sent a handrail through her back and out of her pelvis.

The crash also irreparably damaged her womb and ability to give birth. This led Kahlo into a life filled with surgeries, hospitals, recoveries and isolation. Each self-portrait, which often includes images of foetuses or bandages, is informed by her struggle and highlights the very personal problems she faced on a daily basis. It is her honesty, conviction and uniqueness that has made her a feminist icon for so many.

Cindy Sherman is an American photographer and film director who has become best known for her conceptual portraits. Sherman often works as her own model and has captured herself in a range of guises and personas which are at once amusing and disturbing, distasteful and impactful. Her work somehow flits between being simple photography, and documented performance art.

Working since the 1970s, the photographer often toys with female stereotypes but, much like O’Keeffe and Kahlo, Sherman has never outrightly said she’s a feminist artist, preferring to allow her viewers to come to their own conclusions. She once said:

The work is what it is and hopefully it’s seen as feminist work, or feminist-advised work… But I’m not going to go around espousing theoretical bullshit about feminist stuff.

Ana Mendieta was one of the most famous feminist performance artists, as well as one of the most controversial. Mendieta was a Cuban-American artist whose work often dealt with violence against women, sexual assault and the notion of female beauty. Her work was gaining attention even before she left college, with performances such as Untitled (Facial Hair Transplants, 1972), in which she transferred the facial hair of a male colleague onto her own face. This series has remained popular and was included in the Barbican’s exhibition surrounding the concepts and representation of masculinity.

One year after the playful photographs, Mendieta began to focus on more serious topics. The murder and a rape of young nursing student Sarah Ann Ottens in 1973 provoked Mendieta to produce some of her most provocative works, such as Rape Scene, Rape Performance and Moffitt Building Piece. Each work is meant to disturb and disquiet the viewer, to provoke uncomfortable feelings about the nature of violence towards women, and how we respond to it. Mendietta created works that were powerful and poignant, drawing much needed attention to the plight of women across the world who felt their voices were not heard, or even worse, disbelieved, on matters such as violence.

The fact that Mendieta was so moved by stories of violence against women makes her own death even more distressing. In the early hours of the September 8, 1985, Mendieta had – to borrow the words her husband Andre had used when calling the police – “somehow gone out the window” of the 34th floor apartment in New York.

What really happened that night no one will ever know, but since her death, many accusations have been thrown at her husband, minimalist sculptor Carl Andre. Andre was acquitted of any crime in 1988, but this has not stopped the development of an activist group called “WHERE IS ANA MENDIETA” from demanding justice and drawing attention to any scenario where the voice of Mendieta is not heard.

Most notably, the group gathered outside the Tate Modern in 2016 to voice its dissent over the inclusion of Andre’s sculpture in the new Switch House installation, and the absence of works by Mendieta. For those convinced of Andre’s guilt, this was the latest episode in an ongoing injustice, in which art’s biggest institutions are complicit in lionizing a violent man and failing to adequately represent the work of women of color. Whilst living, Mendieta gave a voice to women who needed it most, and it seems that even in death, she inspires others to do the same.

The artists listed here only serve to scratch the surface of the rich history of feminist artists and icons, but they will certainly continue to inspire the generations to come.

Josephine-May Bailey is an art historian, writer and aspiring curator who recently graduated from the University of Oxford where she studied History of Art. Currently living and working in London, Josephine regularly writes on the subject of women artists and runs an Instagram account called @procrastinarting_ which aims to champion the works made by female identifying artists.