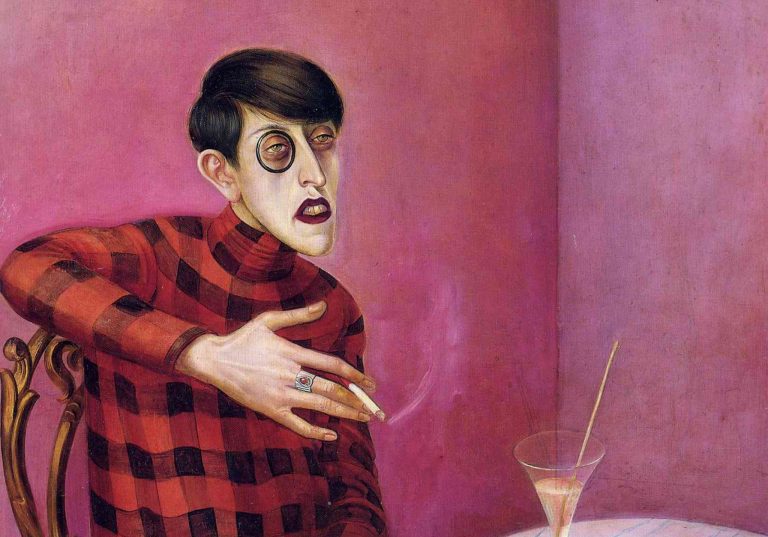 To begin, red is a color of power, status, and wealth. Kings, princes, and Roman Catholic cardinals wore red-colored outfits. In medieval paintings, red was used to attract attention to the most important figures; both Christ and Virgin Mary were commonly painted wearing red robes. Red was also a symbol of martyrs and sacrifice, particularly because of its association with blood.

Another association of red is love and seduction, sexuality, eroticism, and immorality. It was long seen as having a dark side, particularly in Christian theology. Red was associated with sexual passion, anger, sin, and the devil. In the Old Testament of the Bible, the Book of Isaiah says: “Though your sins be as scarlet, they shall be white as snow”. In the New Testament, in the Book of Revelation, the Antichrist appears as a red monster, ridden by a woman dressed in scarlet, known as the Whore of Babylon. This might be why red was also associated with prostitution. There are so many associations which contradict each other!

The Lucca Madonna served her unknown patron as a medium of private devotion. In the 14th century, there were a lot of paintings of the Virgin wearing her traditional red robe under a blue cloak, supporting the Child in her arms in various postures. The Lucca Madonna is one of them.

The huge drapery in red covers her whole body. Its symbolic meaning is connected with life, energy, and Jesus Christ’s passion. Again, it is a symbolic color of Christ’s martyrdom and redemption. However natural in appearance, this scene is full of other religious symbolic references. The fruit in the Child’s hand, for example, alludes to the Fall of Man, the consequences of which are overcome through the incarnation of God. The throne with its lion decorations symbolizes not only the judgment seat of the proverbially just king Solomon, an ancestor to Christ, but also the Last Judgement.

This half-length portrait created by one of my favorite painters, Giorgione, depicts a young woman in a fur-trimmed red cloak. The laurel tree may be intended as a coded reference to the subject’s name but it could also be an attribute of poetry. Yet another possibility is that this young lady was a prostitute. The winter clothing of wealthy Venetian courtesans was usually a beautiful garment lined with fur. Her nonchalant way of wearing the fur supports this interpretation. With this portrait, Giorgione created a prototype for later depictions of courtesans in Venetian painting.

The informal pose and dress – a housecoat, with illuminated deep red elements and tied casually over the low-cut white undergarment – suggest a familiar relationship between Rembrandt and the model. For this reason, the woman was identified as his later companion Hendrickje Stoffels. The pictorial type reveals his familiarity with Palma Vecchio’s portraits of courtesans. This is confirmed by scientific investigations showing that the position of the right arm originally corresponded with the Venetian model, but was then increasingly modified. While the ring on Stoffels’ finger shows her status as a married woman, the courtesan’s pose reflects an extramarital relationship, disapproved of by the Church.

Pierre-Auguste Renoir painted Gabrielle Renard more than 200 times. In several of the portraits she wears the same informal, square-necked gown, like the one seen here. By 1908, she had been employed in Renoir’s household for 14 years, as a nanny, housekeeper, model, and companion to the aging artist.

This painting’s gold and brownish-red palette, loose brushwork, and stylized, heavy forms typify Renoir’s late work. He adopted the style in response to the ancient murals of Pompeii and Herculaneum, which he had seen in Naples.

Dante Gabriel Rossetti was known for his lively relationships with women. He used his female friends and lovers as models to represent his own image in relation to the heroines of his stories. The model for this painting is Alexa Wilding who frequently appears in Rossetti’s works from the spring of 1865 onwards.

She holds a type of cup from which traditionally close friends and especially lovers would drink. Here the cup is suitably embellished with heart-shaped designs. The frame of this work is inscribed with “Douce nuit et joyeux jour/ A chevalier de bel amour.” (Sweet night and pleasant day/to the beautifully loved knight.) This inscription shows that the image probably represents a toast to the woman’s knight, who is leaving or has already left for war. While the source of this quote is uncertain, it is thought that Rossetti, steeped in Arthurian legend, wrote the poem himself.

József Rippl-Rónai, the outstanding artist of Hungarian Post-Impressionism, was active as a member of the Nabis during his stay in Paris in the last decade of the 19th century. Rippl-Rónai designed the dining room furnishings for count Tivadar Andrássy’s Buda palace. Of the textile decorations designed for this project, only this tapestry survived World War II.

In the center of the tapestry, the woman in the red dress turns slightly away from the viewer. She holds a tiny flower in one hand while the other hand stretches behind her in a gesture typical of Japanese prints. Dark brown outlines surround the figure and vegetation. The tapestry was embroidered by Rippl-Rónai’s French wife, Lazarine Boudrion.

Egon Schiele seems to have had a thing for red and orange (and for drawings showing naked female bodies, but that is another story). The girl in this drawing is neither Edith, Schiele’s wife, nor Wally, his long-time lover who served as a model for some of his most striking paintings. The name of this girl remains unknown to this day.

8. Edvard Munch, The Dance of Life

The motif Dance of Life is central to Edvard Munch’s series Frieze of Life. A young couple is dancing in the middle of the composition. They seem to have melted together as the woman’s red dress wraps itself around the man’s leg. The red color continues like a contour line around the man, running into his clothes. They dance face to face, silent and unsmiling, and the woman’s hair blows towards the man.

When Munch painted Dance of Life in 1899 he was inspired by Symbolism and used colors symbolically to express different feelings: red for love, passion, and pain; white for youth, innocence, and joy; and black for loneliness, sorrow, and death.

Here Otto Dix is depicting the “new woman” whose status was emerging as a result of social changes in Germany during the 1920s. The new woman, or “neue Frau” in German, was a woman who left all previous conventions behind. This new woman smoked, drank, was career oriented, and didn’t care much about marriage or creating a family. The red and black gingham is a modern symbol of power.

Which red dress in art is your favorite one? Let us know in the comments!