Post-Impressionism 101: Everything You Need to Know 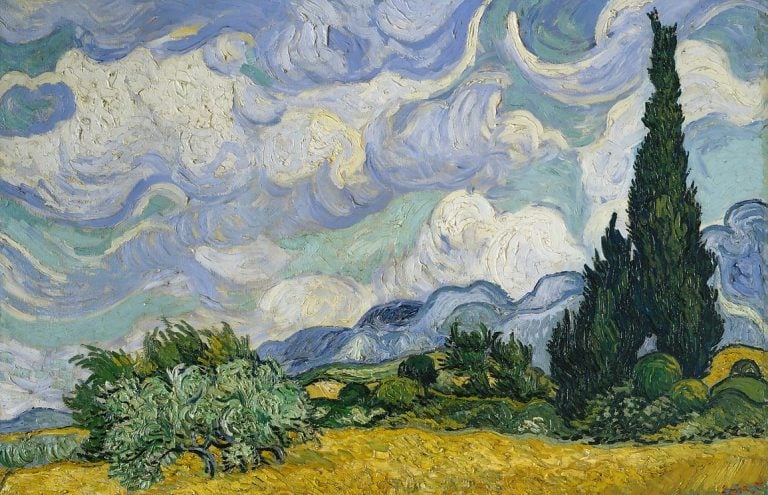 5 Portraits by Paul Cézanne You Have Probably Never Seen Before

The term Post-Impressionism combines the oeuvre of many artists. We will tell you about four prominent masters who are most associated with the art movement – Vincent van Gogh, Paul Gauguin, Georges Seurat, and Paul Cézanne. We have gathered everything you need to know about Post-Impressionism, its distinctive features, and its representatives.

It is quite difficult to talk about the striking distinctions between Impressionism and Post-Impressionism, or when one art movement ended and the other began. In all senses, the boundaries between them are illegible. Even mentioned artists did not call themselves Post-Impressionists.

The term itself appeared when they were all already dead – in 1910. At the time, British curator and art critic Roger Fry was hosting an exhibition at the Grafton Gallery in London and needed a new term to combine the quartet’s diverse artworks. He determined the period of Post-Impressionism to be from 1880 to 1905. However, the art critic John Rivald was convinced that the period of Post-Impressionism had begun in 1886 (when the last exhibition of the Impressionists took place) and lasted until 1892.

Van Gogh, Gauguin, Seurat, and Cézanne all began with Impressionism. Although their oeuvre did not ultimately belong to this artistic direction, they used its basic principles: a true depiction of scenes of modern life; use of vivid, natural colors; use of dynamic strokes in which colors are not mixed; giving preference to the play of light over the accuracy of the image. However, there were differences due to which their paintings cannot be attributed to Impressionism:

– The object of the painting is not external objects, but the inner essence of things. In Post-Impressionism, how the artist sees the world around them is more important than how it actually looks.

– Removing the momentary from the canvas and depicting the object of the painting in a fluid state. It is no longer important to imprint the moment, the main objective is to display the attitude.

– The simple image of reality also recedes into the background. Post-Impressionists do not want to copy reality, but to reflect upon it, to pass it through the prism of their own thoughts, feelings, emotions, and imagination. This is why the art movement is characterized by decorativeness and symbolic accents.

– The color palette ceases to be natural. The paintings are full of bright, saturated colors with an “emotional charge” that Post-Impressionists strive to convey to the viewer.

In Vincent van Gogh’s paintings, the motive of Post-Impressionism “I depict not what I see, but what I feel” is particularly evident. The artist caricatures the properties of objects to convey the desired emotions. For the same reason, he fancifully decorates his paintings and sometimes applies so much paint that they seem three-dimensional.

Everyday walks through the prism of one’s own experience are Van Gogh’s formula. They are also key for Expressionism.

At first, Paul Gauguin challenged the Impressionists with his color palette. Bright yellow, orange, green, blue, and other unnatural juicy colors spilled over his paintings. They gave Gauguin’s artistic world a unique expressiveness and emphasized the artist’s emotional attitude towards what he depicted.

Then, Gauguin marked his retreat from Impressionism, creating only semi-real worlds full of symbolism and allegory.

Finally, he ended up creating “primitive art“. Actually, this was the primary aim of his trip to Tahiti where he created his infamous series of paintings with adolescent girls.

Georges Seurat was a breaker of the Impressionist traditions in his own way. For example, in his paintings he did not chase the ephemerality of the moment and did not even try to depict it on canvas (later his artworks became completely static). Therefore, he did not create paintings outdoors to accurately convey light effects. He had been making only sketches outside and mainly worked in the studio. Seurat was also interested in timelessness.

Unlike Van Gogh and Paul Gauguin, Seurat did not reject the achievements of Impressionism so sharply. He was impressed by both the natural colors and the images of everyday scenes from modern life. He wanted to see more order in the paintings though, to make the structure look whole, united. Also, he wanted more clarity in contour lines.

After a long search, he found something that would give this clarity. It was a technique of color separation called pointillism. Seurat, without pity, said goodbye to the arbitrary strokes of the Impressionists and began to paint using dots, without mixing colors. It seemed to him that in this way his paintings would literally breathe the color and radiate light.

Believe it or not, Paul Cézanne’s innovation was just that he recalled that man has two eyes. Funny, but it’s true. The artist drew attention to the fact that the left and right eyes perceive different visual information. So, when we explore an object, we also look at it from different angles, we turn our heads. But art, he says, offers us the only option of a single angle. Cézanne was convinced that it was incorrect to depict objects like this because we don’t see them that way in real life. Therefore, they should be depicted on the canvas from at least two perspectives, not one.

Do you already feel the ideas of Cubism?

Like Seurat, Cézanne loved the clear structure of the composition and the separation of contrasting colors. However, unlike his colleague, he spent his creative research in the open air with a planner in his hands. During his “field research” he tried to portray nature more deeply and objectively than the Impressionists did. He realized another important thing, we do not see all of the details but we see the forms. Thus, Cézanne began to reduce trees, mountains, people, buildings to geometric shapes. It was a revolution. Cézanne opened the door to Modernism.