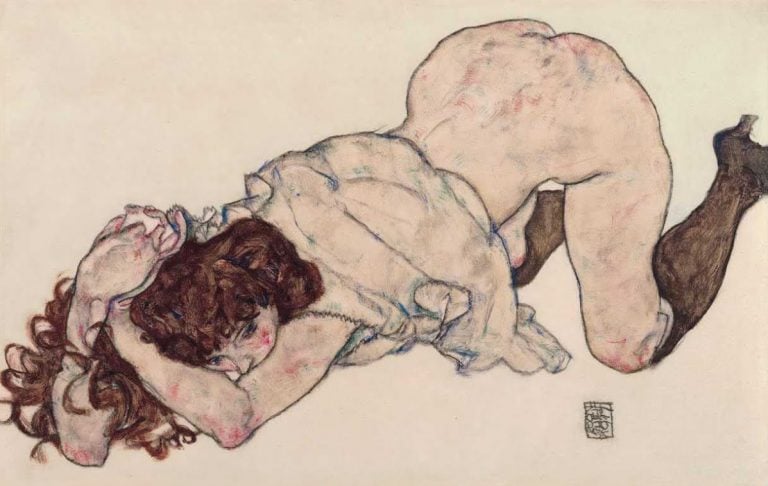 Egon Schiele’s nudes can challenge us and our preconceptions of the artistic tradition of the “nude”. He didn’t paint or draw idealized goddesses. He preferred to present female and male genitalia in full light. Many of the female nudes remind one of pornographic images and include props, such as stockings, typically associated with prostitution. Schiele often asked sex workers to model for him but he also portrayed other women that were close to him. You can’t escape the palpable eroticism of his work which is often truly explicit.

Schiele lead a bohemian life in the early 20th century Viennese café culture inhabited by radical intellectuals who asked questions about sex, desire, death, and the true nature of humanity. Sigmund Freud’s The Interpretation of Dreams was also published in 1899. Against this background, Schiele looks to reveal the hypocrisy of the bourgeoisie and the reality of the human condition. The artist produced some of the most radical depictions of the human figure created in modern times – so radical that in 1912 he was imprisoned for two months for exhibiting his “offensive” nudes.

Below you will find a gallery of some of the hundreds of nudes he created in his short life.

9. Girl with the Green Stockings