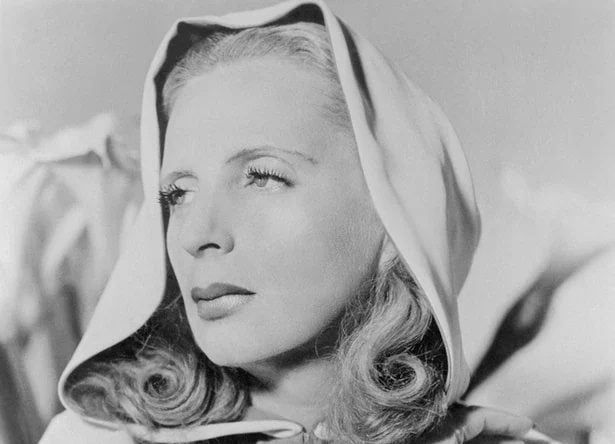 Tamara de Lempicka was many things: a successful artist, a society darling, and an expat. She knew how to create interest in herself and capitalize on it. She was an artist and a celebrity at the same time. You may say she was way ahead of her times, as her fame brings to mind that of Madonna or Lady Gaga. Her art and her public persona intertwined, staying consistently connected. Tamara de Lempicka fascinates people to this day, her art is still popular with the public, if not always with critics. Here are 10 facts on Tamara de Lempicka.

Tamara de Lempicka (1898-1980) was actually born with a slightly longer name: Tamara Rozalia Gurwik-Górska. A daughter of a Polish socialite and a Russian attorney working for a French company. She went to a boarding school in Switzerland and her grandmother took her for a tour of Italy, where she fell in love with Renaissance art. After 1912 she spent her summers in St Petersburg and that’s where she met her husband, a prominent lawyer, Tadeusz Łempicki. In 1917 they had to flee their comfortable life in St Petersburg and ended up in Paris.

After her grandmother took her on a tour of Italy, De Lempicka was fascinated by the art of the Renaissance. Later in her Paris life, she also closely studied Angolo Bronzino and other Mannerists. The result is visible in her art which is full of elongated elegant figures.

3. She studied under Maurice Denis and André Lhote

To make a living she initially sold her family jewelry, but as this was unsustainable in the long run and Tadeusz refused or wasn’t able to find employment De Lempicka decided to become an artist. She enrolled at Académie de la Grande Chaumière and studied under Maurice Denis and André Lhote.

Maurice Denis was associated with Les Nabis and later the Symbolist movement, and after that, he returned to Neo-classicism. His theories contributed to the foundations of Cubism, Fauvism, and abstract art. After originally working in a Fauvist style, Lhote shifted towards Cubism and joined the Section d’Or group in 1912, exhibiting at the Salon de la Section d’Or. There he exhibited alongside some of the fathers of modern art, including Albert Gleizes, Jacques Villon, Marcel Duchamp, Jean Metzinger, Francis Picabia and Roger La Fresnaye.

4. She was also inspired by Ingres

Among De Lempicka’s inspirations, we can definitely list the Renaissance and Mannerist artists, as well as strong influences of Cubism. Her art is typically classified as Art Deco. However, she was also a classicist at heart, with very strong influences of Jean-Auguste-Dominique Ingres. Her Women Bathing clearly draws from his Turkish Bath. Refreshing the message and visual language De Lempicka takes his very classicist view and gives her women strength and agenda.

5. She was a workaholic

Despite her privileged upbringing, she knew the meaning of hard work. Another fact on Tamara de Lempicka is that she was a workaholic, working often in nine-hour long sessions, rarely allowing herself a luxurious break for champagne or a massage. She also knew how to manage her career and make the best of her connections in high society. By 1923 she was beginning to exhibit in small galleries in Paris. The following year, her work was shown at the Salon des Femmes Artistes Modernes in Paris, and in 1925 she had her first solo exhibition in Milan.

6. She was a society darling and voracious lover

De Lempicka clearly loved sex and had plenty of it. She took her pleasure from both sexes and as her daughter mentioned she had a “killer instinct”. She seduced her models and patrons alike. At some point, she gave up on her defeated husband and threw herself into the middle of European avant-garde celebrities: Marinetti, Jean Cocteau, Gabriel d’Annunzio. She was always very stylish, wearing plenty of diamond bracelets with dresses from Coco Chanel and Elsa Schiaparelli.

7. She was called “Baroness with a Paintbrush”

In 1934 she remarried. Baron Raoul Kuffner owned vast estates donated to his family of stockbreeders and brewers by Emperor Franz-Josef for supplying the Habsburg court. In the winter of 1939, following the outbreak of World War II, De Lempicka and her husband moved to the United States. They settled first in Los Angeles, later moving to New York in 1943. De Lempicka continued her career painting celebrities and exhibiting. After the war her style went out of fashion, so her work became gradually less popular. She expanded her subject matter to include still-lifes, and in 1960 she began to paint abstract works and to use a palette knife instead of her earlier smooth brushwork. She sometimes reworked earlier pieces in her new style. Unfortunately, she never managed to regain her Parisian fame.

8. She died in Mexico

Baron Kuffner died of a heart attack in November 1961 on the ocean liner Liberté en route to New York. Following his death, de Lempicka sold many of her possessions and made three around-the-world trips by ship. In 1974 she decided to move to Cuernavaca, Mexico. De Lempicka died in her sleep on 18 March 1980. Following her wishes, her ashes were scattered over the volcano Popocatépetl.

In a 1990 interview with Vanity Fair Madonna bragged about her collection of Tamara de Lempicka paintings. “I have a ton of her paintings in New York,” she said. “I have a Lempicka museum.” Some of her paintings also feature in Madonna’s music videos like Open Your Heart (1987) or Vogue (1990). De Lempicka’s works also appeared in the movie set of Who’s That Girl (1987) and the Madonna 1990 Blond Ambition World Tour.

10. Her most recently sold painting broke records in London

Last fact on Tamara de Lempicka is about the latest sale of her artwork. On 5th February 2020, Christie’s in London hosted an Impressionist and Modern Art Evening Sale. Portrait de Marjorie Ferry was one of the highlights of the sale. The painting sold for £16,280,000, beaten only by René Magritte’s A la rencontre du plaisir.