Edith Harms, the future wife of Egon Schiele, lived with her sister, Adele and their parents across the street from Schiele’s studio at the Hietzinger Hauptstrasse in Vienna. Schiele in 1914 was still involved in a relationship with his model, Wally Neuzil, but young Edith caught his eye, and the two developed their romance.

It goes without saying that Edith emphatically advocated for an end to Egon’s relationship with Wally, which of course was not an easy step for Schiele to take but there was one major difference between the two women. Wally was a poor Jewish former prostitute. Edith was from the “good family”.  Despite some opposition from the Harms family, Schiele and Edith were married on 17 June 1915, the anniversary of the wedding of Schiele’s parents. Four days later, Schiele was called to perform his military service in Prague. Edith came with him. 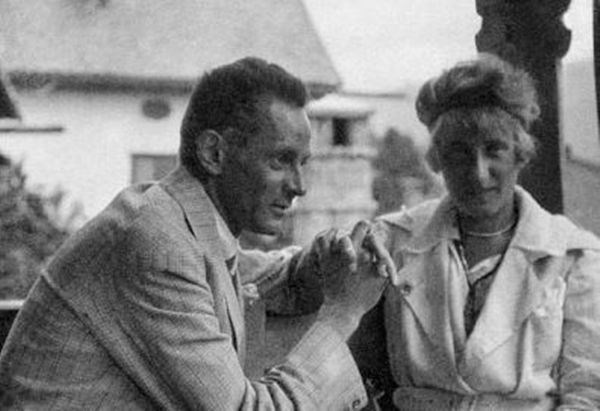 It must be mentioned that even after the proposal to Edith, Egon suggested to Wally that they continue vacationing together at least once a year, but this was unacceptable to Wally. That romance was over.

During the war years, Egon many times painted or sketched Edith. One of this works we see today – in Egon Schiele‘s Edith with Striped Dress, Sitting she is wearing her famous striped dress. She is flourishing, the colors are vivid. Her face, full of naivety, sweetness and innocence seems so not-like-Schiele. This is an apotheosis of life. 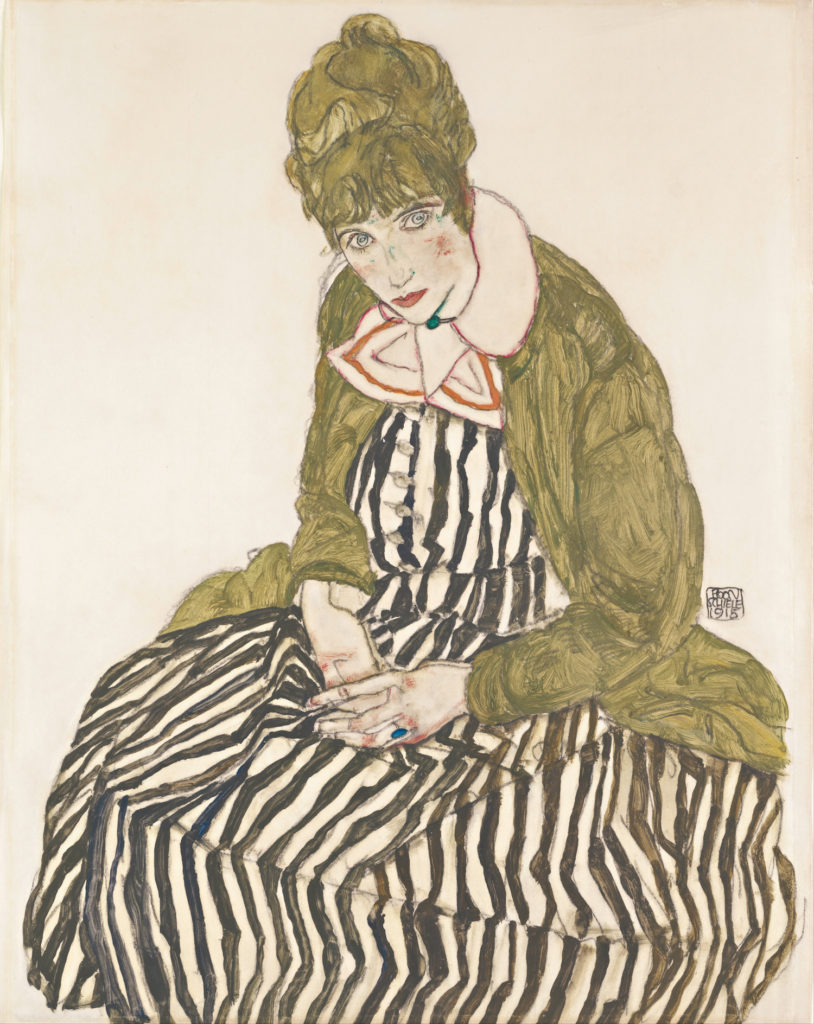 In the autumn of 1918, the Spanish flu pandemic that claimed more than 20,000,000 lives in Europe reached Vienna. Edith, who was six months pregnant, succumbed to the disease on 28 October. Schiele died only three days after his wife. He was 28 years old.

If you find any joy and inspiration in our stories, PLEASE SUPPORT
DailyArt Magazine with modest donation. We love art history and we want to keep going with writing about it.
$5 $10 $25 $50 $100 MONTHLY
Related Topics:Edith with striped dress, Egon Schiele, featured, painting of the week