In Search of the Round Table: Arthurian Wall Paintings 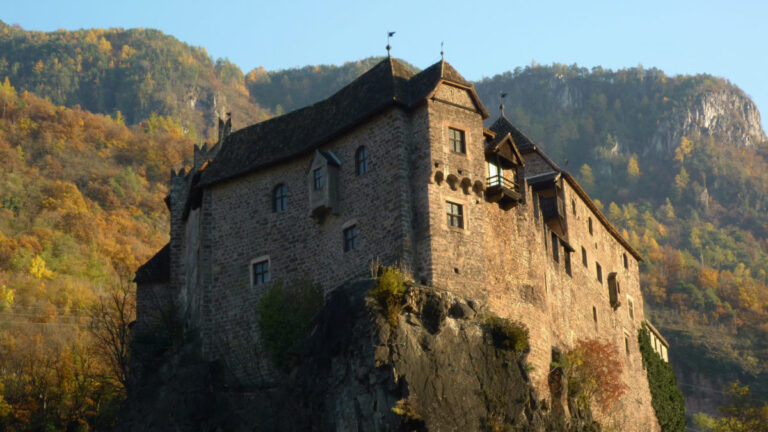 The Great Hall of Winchester Castle is all that remains of the Medieval castle constructed by William the Conqueror in the years following the Battle of Hastings. In the thirteenth century, Henry III built there one of the finest aisled halls. Today, adorning its west wall, is a tabletop dating back to the late Middle Ages. The round table, constructed from English oak, is believed to have been made around 1290, for a “Round Table” tournament near Winchester. The tournament was in celebration of the betrothal of one of Edward I’s daughters. It is an imitation of the legendary table around which King Arthur and his Knights gathered. It is one of the few surviving examples of Arthurian art in Europe. Where else, apart from Winchester, can King Arthur and his knights be tracked down today?

Ever since Arthur and his knights emerged as the unquestioned heroes of the Middle Ages, artists found ways to adapt the vast body of Arthurian tales and characters to various artistic forms. These include illuminated manuscripts, ivory decorations and wall paintings. The stories of Arthur and the knights and ladies of his court adorn on the walls of castles, some even in the most distant parts of Europe. Today only a few of them survive. They show the marvelous exploits of the greatest of Arthur's knights, from Ywain to Tristan.

The oldest surviving Arthurian wall paintings are in the north-eastern Italian Castle Rodengo near Bressanone. They are also Europe's oldest wall paintings of a secular subject, preserved in a secular space. These were uncovered in the 1970s. They show the Ywain story as told by Hartmann von Aue. Interestingly, they don't depict the end of Ywain's story. Hence the conclusion that Hartmann had not yet finished his poem when this cycle was completed.

A later series of Ywain paintings survive in the town of Schmalkalden, Germany. However, unlike the Rodengo ones, they are not on display to the public.

Another truly remarkable surviving Arthurian cycle exists in the Lower Silesia region of Poland. Here on the picturesque banks of the River Bobber in the village of Siedlęcin stands a ducal tower dating to the early 14th century. The walls of its Great Hall also carry a set of unique paintings. Initially art historians believed them to be yet another depiction of Ywain. After further investigation it turned out that the frescoes depict Sir Lancelot of the Lake. The same duke who founded the tower itself likely commissioned them in the 1320s or 1330s.

Everyone knows the story of Lancelot and his sinful love for Arthur's queen, Guinevere. Theirs remains one of the greatest love stories of all time. The events leading to their romance survive in fresco in Siedlęcin. Guinevere is before the walls of Camelot, and Lancelot hurries to her rescue after her abduction by Meleagant. Today, the Siedlęcin paintings are the only Lancelot paintings that remain in situ. (This means in the place they were originally created.)

There is one more cycle of Lancelot frescoes, in Italy, but it has not been preserved in situ. This is the so-called "Cycle of  the Master of Andreino Trotti". It originally adorned the interior of a torre, the fortified dwelling in Frugarolo, in Piedmont. However, for the sake of preservation the paintings themselves were removed and transported to a museum. This was due to the bad shape of the tower itself. These frescoes are now on display in the Museum of Alessandria near Turin. Here fifteen segments illustrate Lancelot. Andreino Trotti commissioned them in the 1390s. He was an ardent supporter and confidant of Gian Galeazzo Visconti, the powerful Duke of Milan.

Another Arthurian knight portrayed on the walls of medieval castles is Tristan. Images of his marvelous exploits and his forbidden love for Queen Iseult exist in France, Italy and Switzerland. For example, in France there is the set of the fourteenth-century paintings surviving in the village of Saint-Floret in Auvergne. The walls of the Great Hall, in a square tower of the local castle, depict scenes not only showing Tristan and Iseult, but also Galahad and Palamedes. Galahad was Lancelot's son and also the knight destined to find the Holy Grail. The latter was a Saracen who fell in love with Iseult. He was a great knight, but his attempts to overcome Tristan pushed him into doing some unchivalrous deeds. In the end he gave up his hopeless love and became a Christian.

The Saint-Floret paintings, created c. 1350 by an artist connected with Jean de Berry, (the famous duke and ardent collector of Medieval manuscripts), are the largest Arthurian mural cycle in France. They were discovered in 1861. To ensure the safety of the few remaining frescoes, the state bought the castle in 1930. They also underwent full restoration in the late 1990s. Of forty original scenes only fourteen survive but nonetheless, they still are a true marvel to behold. Their scale, artistic quality and colors themselves are quite phenomenal. As a result the horses and riders give an impression as if they could gallop off of the walls. One can only imagine how the great chamber whose walls they adorn must have looked at the time these paintings were created.

Arthurian Knights and the Nine Worthies

The most complete surviving example of a Medieval castle with wall paintings from Arthurian romances is Castle Roncolo [Rulkenstein] near Bolzano, in South Tyrol. Its walls carry images of Perceval, Gawain, Ywain and Tristan. Additionally, the loggia has a unique depiction of the Nine Worthies. This loggia connects the so-called Summer House to the main palace. The Nine Worthies were a group of nine of the most powerful rulers and the greatest conquerors who ever lived. They included three classical pagan heroes (Alexander the Great, Hector, and Julius Caesar), three Jews (David, Joshua and Judas Maccabeus), and three Christians (Charlemagne, Arthur and Godfrey de Bouillon). In Medieval times the Nine Worthies motif certainly became very popular in art and architecture.

More recently, in December 2016, a fragmented depiction of the Nine Worthies, King Arthur among them, was uncovered in one of the burgher houses in Toruń, Poland. Toruń is a remarkable city which boasts Medieval wall paintings preserved in almost every church. Even more exceptionally, numerous secular examples survive in burgher houses. Chance brought this sensational discovery to light, during major repairs to a house at 16 Żeglarska Street that had previously been owned by the Reusse family. In it were paintings created c. 1400 which represent the International Gothic style. Following their discovery, they underwent major conservation work in early 2017.