Photos of Famous Artists When They Were Kids 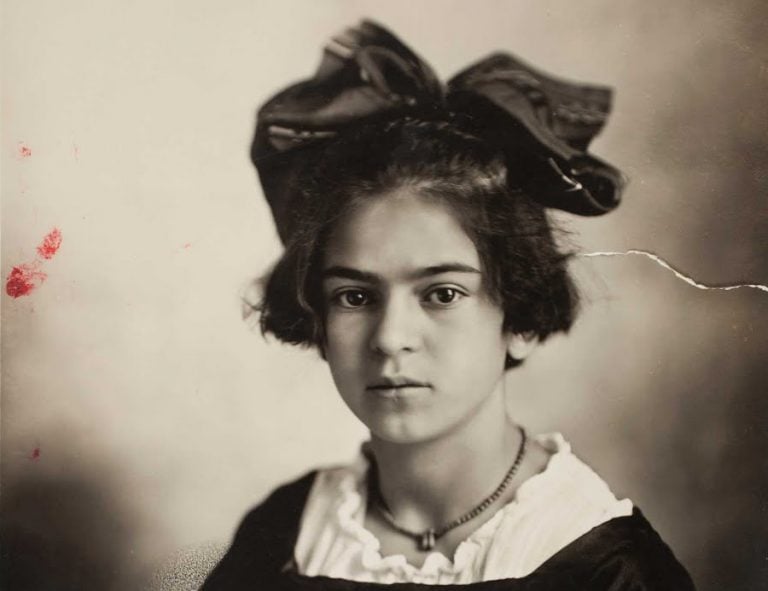 Sometimes it is hard to remember that famous artists were also children once, just like all of us. We have selected six of them so you see how cute they were and learn a little bit more about their lives!

He was the only son of José Ruíz Blasco and María Picasso López, but they also had two daughters. His father was Assistant Drawing Artist at the School of Fine Arts in Malaga and curator of the Municipal Museum of Malaga. Hence he always encouraged little Pablo in his art education.

It should be noted that Picasso started to draw with his father at a young age. In 1888, at the age of seven, he painted his first oil painting: Port of Malaga. Then, at the age of 16, he was admitted to Madrid’s Real Academia de Bellas Artes!

Picasso started his long and varied career when he moved to Paris in 1900. He created a huge variety of paintings and sculptures. He is most well known for Cubism, but he also had different artistic periods which influenced and developed his studies around analytic and synthetic Cubism. These include the color periods (Blue and Rose), African art, and Primitivism.

Five years after the birth of Picasso, across the Atlantic Ocean, another talented child was born in 1886. This child went on to become one of the most important and famous artists in Brazil.

Tarsila Aguiar do Amaral was born on September 1st, 1886. She was the first daughter of José Estanislau do Amaral Filho and Lídia Dias de Aguiar and also had six brothers. Her family was rich, owning farms in the countryside of São Paulo.

As a result, she received a very good education, especially considering that at the time women weren’t educated to the same degree as men. Even so, she soon learned to speak French and got acquainted with European culture by attending catholic school in the capital of São Paulo.

Moreover, at the age of 16, her father sent her to complete her studies in Barcelona. This was something that was only accessible for the Brazilian bourgeoisie. While being there she painted her first canvas: The Sacred Heart of Jesus.

During these years, Amaral had the privilege of living in and touring different cities in Europe. Through this intimacy with the continent, she was heavily influenced by Surrealism and Cubism. As a result, she was responsible for bringing Modernism to Brazil. Surprisingly she wasn’t part of the group responsible for the Semana de Arte Moderna, in 1922.

Amaral’s most known painting is Abaporú. This is a word from Tupi-Guarani (the most common language among tribes of native Brazilians) meaning “cannibal”. She had three main phases: Pau-Brasil, Antropofágica and Social.

This painting belongs to her Pau-Brasil phase and is the Vale do Anhangabaú in São Paulo. The city has been an important center of modernity in Brazil. Her artworks definitely influenced Brazilian culture and artists over the years. Thus expanding the potential of the local culture despite the difficulties of the coups d’état in the country.

Now let’s return to Spain, precisely to Figueres, Catalonia. Here, on May 11th, 1904 Salvador Felipe Jacinto Dalí y Domenech was born. He was the second child of Salvador Dalí y Cusi and Felipa Domenech Ferrés and was raised in a middle-class family. Tragically their first son passed away from a bout of gastroenteritis.

Dalí was given the same name as his brother which was a strange experience for a child. As a result, he thought he was actually the improved reincarnation of his brother. When he was three his sister, Anna Maria, was born.

At 12 years old he began studying at the Municipal Drawing School at Figueres. In 1917, his father organized an exhibition in their house of his charcoal drawings. The following year, when he was just 14 years old, he had a public exhibition at the Municipal Theater in Figueres!

In 1921 Dalí enrolled in the Real Academia de Bellas Artes de San Fernando in Madrid where he met Luis Buñuel and other artists. Later, in 1922 the first Surrealist group was formed with André Breton, Max Ernst, Man Ray, and others.

Dalí made a lot of works during his career and experimented with painting, sculptures, and also cinema!

Now back to the Americas, this time to Coyocán, Mexico City. This is where our fourth artist was born on July 6th, 1907. Magdalena Carmen Frida Kahlo y Calderón was the daughter of a German immigrant photographer, Guillermo Kahlo, and a Mexican woman, Matilde Gonzalez y Calderón.

When Frida Kahlo was around six years old, she contracted polio. This caused her to be bullied a lot in school because of a lesion on her foot. Consequently, at a very young age she – unintentionally – started to fight against some social rules at the time.

Therefore she didn’t just do the easier exercises that doctors prescribed for her. She also took swimming classes (a sport only for boys) and wore pants to hide her lesion.

Between 1922 and 1925 she studied at the Nation Preparatory School of the Federal District of Mexico where she learned drawing and model making. Around 18 years of age she studied gravure with Fernando Fernandez.

The Accident and Career

In September of 1925, a bus accident changed her life forever. It caused severe injuries to her body from a pole that pierced her from the stomach to the pelvis. She had many operations and had to use corsets of different kinds and mechanical “stretching” systems. This accident also took away her ability to bear children, which was a strong wish of hers.

Long hours spent in convalescence made her start to paint with an easel adapted to her bed. This activity helped her to deal with her pain, and as a result, also developed her style.

In 1928 she met the painter Diego Riviera in the Mexican Communist Party and married him the following year. He influenced her to adopt simple colors in her works. Her involvement in the Party allowed her to travel many places and meet lots of influential people of the time.

She was a Marxist, nationalist, feminist, and bisexual, Frida Kahlo’s paintings do not belong to the Surrealist movement, because they are the representation of her reality. Her works are intense and invoke the autonomy of peoples, the end of tyranny, and the subjugation of the oppressed.

One year after Kahlo, María de los Remedios Alicia Rodriga Varo y Uranga was born on December 16th, 1908, in the city of Anglès, Spain. Daughter of Rodrigo Varo y Zajalvo and Ignacia Uranga Bergareche, she had one older brother and her parents had lost one daughter before her. This is why she was given the name of a Christian saint, Remedios.

Remedios Varo’s father was a hydraulic engineer and her mother was a devout Catholic. As a result of her mother’s beliefs, she studied at a Catholic school but she loved to read books of adventure and science (her father encouraged her interest in reading). Also, he often asked her to copy technical plans and architectural diagrams of his works, whereby she started to develop her interest in art.

At the age of 12, she made a painting of her grandmother. Later, at just 15 years old, she was admitted to Real Academia de Bellas Artes de San Fernando in Madrid. This is the same academy that Dalí and other famous artists had studied at. At that time very few women were allowed into art school.

Due to political unrest in Spain, she moved to Paris twice. The first time was in 1931 with her first husband Gerardo Lizárraga, and the second time in 1937 with the poet Benjamin Péret (a close friend of André Breton) who later became a romantic partner.

Even though she lived a bohemian life and was part of the Surrealist group, it was hard for a woman to be accepted in the artistic milieu and her works weren’t taken seriously in Paris.

In 1941 she was forced to move to Mexico with Péret, after both were imprisoned for political activity. She was superstitious, but also an Anarchist and Surrealist. With this in mind, she studied science, psychology, sacred geometry, the I Ching, and the mystical works of George Gurdjieff, P.D. Ouspensky, and Meister Eckhart, which influenced the style of her work.

While in Mexico she developed most of her works compared to her time in Paris. This is where she finally received the recognition she deserved. Remedios also worked on a lot of things related to art, such as commercial design and costume design for a ballet company.

Our final artist, Andrew Warhola Jr, was born in August 1928, in Pittsburgh, Pennsylvania. He was the son of Czechoslovakian immigrants Ondrej and Ulja, he had two brothers and grew up in a working-class neighborhood.

As a young child, Warhol suffered from a nervous disorder that often kept him at home. During this time he developed a hobby of listening to the radio and collecting photos of movie stars. His poor health made him really close to his mother and she stimulated him artistically, giving to him his first camera.

His father had passed away when Warhol was 14 years old leaving the family with only enough money for the children to attend university. In 1945 Warhol started his studies in design at the University of Carnegie Mellon. Later, he moved to New York at the age of 21, and in 1949 he started to work for popular magazines such as Vogue and The New Yorker.

The following year he decided to dedicate his career to art and shortened his name to Warhol, as we know him today. Thus, he became an artist, film director, producer, fashion illustrator, writer and the leading figure of Pop Art. He was an eccentric person, a devout Catholic, and probably a homosexual. His works revolutionized our perception of art.