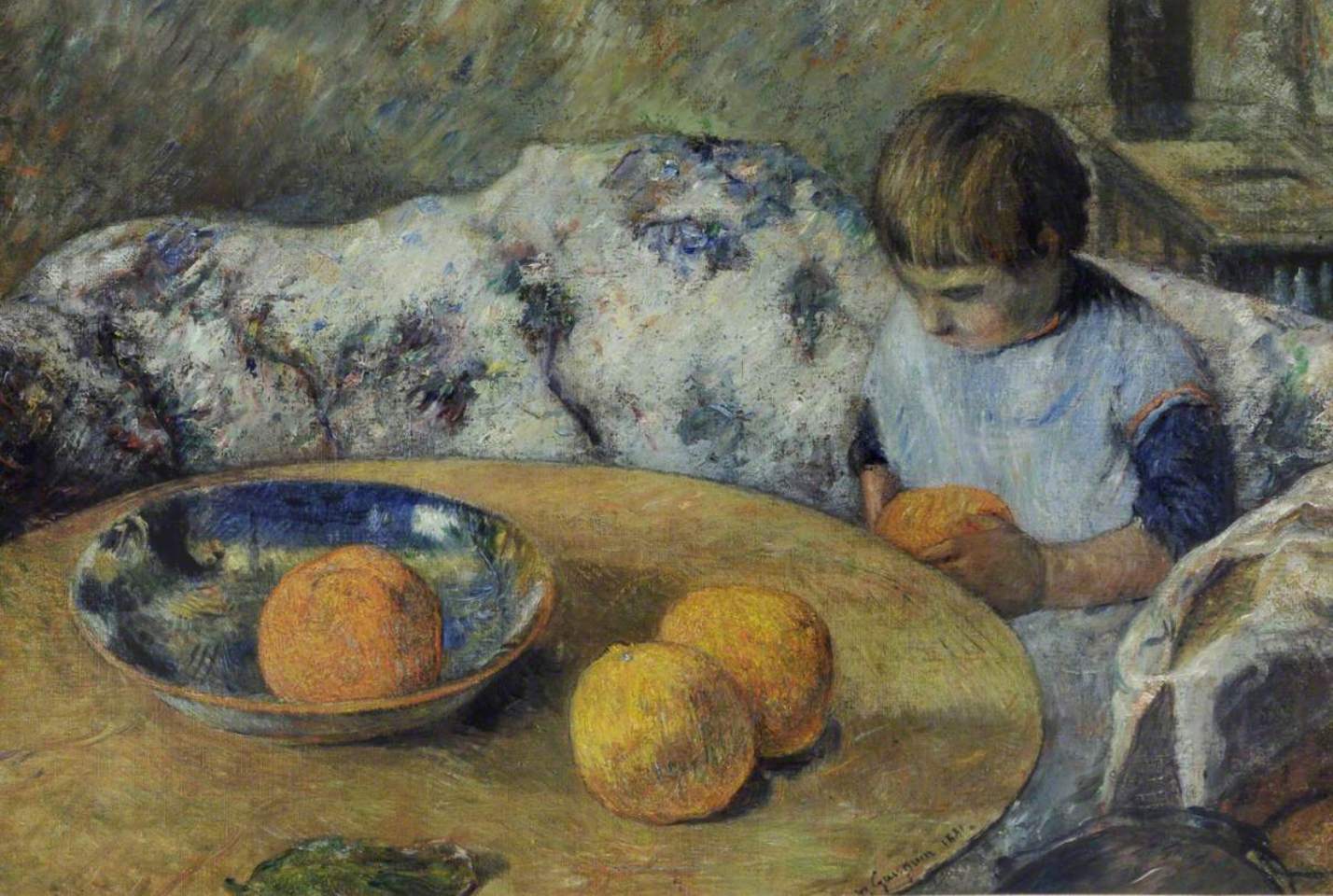 On June 1st, 1925, the World Conference for the well-being of Children held in Geneva, Switzerland, proclaimed June 1 to be International Children’s Day. Later, in 1954 the UN established a Universal Children’s Day on the 20th November. Since there was no specific date for the holiday, various countries decided to celebrate children on different days (14th November in India, 1st June in Australia, 10th June in the States). DailyArtMagazine wants to join the celebration and show you stories of famous painters and their children.

Jean was Monet’s first son with Camille Doncieux. He was four-month-old when his father had him painted for the first time. There are at least eleven paintings of him by his father but also other painters like Renoir painted him and his mother. This portrait was painted in the summer of 1872 in the garden of the family house rented in Argenteuil near Paris when Jean was five years old. Claude kept the painting, and never exhibited it.

When Michel was born in 1878, Jean was 12 and their mother Camille was feeling weaker and weaker. She died a year after, of uterine cancer. However, he didn’t have a lonely childhood as he grew up in Paris with six children of an art collector Ernest Hoschedé and his wife Alice Hoschedé, who since 1877, a year in which the family went bankrupt, had been living with Monets. There are at least three paintings by Claude featuring small Michel.

Henri Matisse had three children. He had a daughter Marguerite, born in 1894, with the model Caroline Joblau. When four years later he married Amélie Noellie Parayre, she raised Marguerite as her own. The couple had two sons together, Jean (born 1899) and Pierre (born 1900). Marguerite often served as a model for her father since as a sickly child she had to stay home with him. Although she was also a talented painter, she stopped painting and destroyed most of her works so that nobody would mistake her signature for her father’s. Instead, she continued to protect his legacy until her death at 87 in 1982. “Marguerite was the glue that held everyone together,” said a curator in Baltimore Museum of Art, Jay Fisher.

Pierre-Auguste had his first son in 1885 with Aline Victorine Charigot whom he married in 1890. She often modelled for him (you can see her in his famous Luncheon of the Boating Party, 1881) and after their children had been born, Renoir painted many scenes of their daily family life, including also their children’s nurse, Aline’s cousin. The firstborn Pierre became a stage and film actor, Jean became a film director, and so did Claude.

Lucienne Bisson was Renoir’s illegitimate daughter. He had her before the marriage, in 1880 (or in 1884). Her mother was a painter and an activist Frédérique Vallet-Bisson and she was leading the Société Féminine des Artistes. She raised her daughter as a painter too and Lucienne was quite successful at Parisian Salons. She was most popular for city views and landscapes.

Paul had eight children and all of them talented. All, except the eldest Emile, became artists. Yet, Paul didn’t take as much care of them as he might have wanted. At one point he confessed that he had sacrificed his family for his art as he never had enough money to support his family.

He had 5 legitimate children with his wife Mette Sophie. Two of the five were his favorites. Aline and Clovis were the only ones immortilized in his art. However, both of them died young. To support the family, Mette had to move to Copenhagen, Denmark to live with her relatives while Paul kept on traveling and would rarely visit them.

Two of Gauguin’s illegitimate children were born by different mothers. Germaine Huet was the daughter of Paul’s young mistress Juliette Huet who was a seamstress in Paris, while Emile Marae a Tai was the son of Tehura, Paul’s Tahitian wife (portrayed above), who allegedly was only 13 when she got married with Gauguin.

Have you enjoyed Famous painters and their children? Find out more: