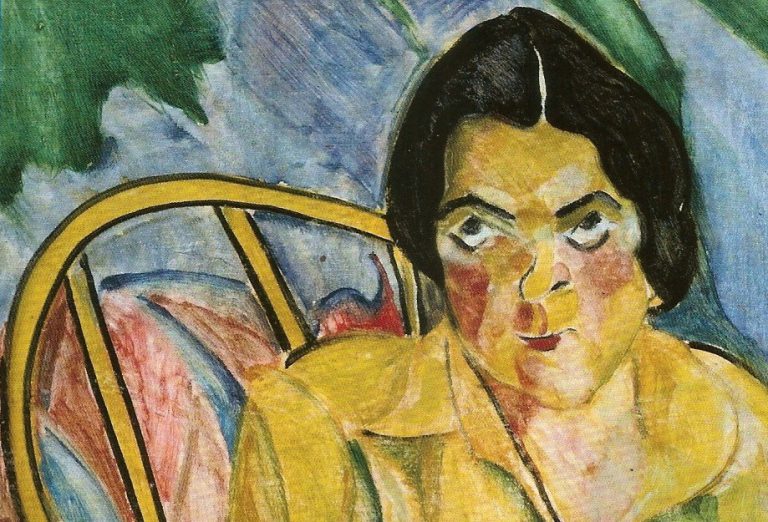 In 1922, the Semana de Arte Moderna (Modern Art Week) was held in Brazil. Marking the official beginning of Modernism in Brazil, the event lasted an entire week. From February 11th to 18th, modern tendencies of visual arts were on display in the city of São Paulo. It was the first collective public manifestation in favor of a new and modern spirit in the arts.

The Turning Point of Modernism in Brazil

The Modern Art Week, also called the Week of 22, defined the movement and introduced it to the general public. Organized by artists from São Paulo and Rio de Janeiro, the event took place in the Municipal Theater of São Paulo. In the year that marked 100 years of Independence of Brazil, their purpose was to transform this moment of celebration into one of artistic emancipation.

The organizers didn’t have a common project or an agreed artistic proposal. They were simply united by the desire of going against traditional art with a sense of artistic freedom. Modernism wasn’t a rigid movement with defined rules, but a group of artists that denied outdated art norms. They searched for a new language not only for visual arts, but also literature, music, architecture, and dance.

“Who had the idea of the Modern Art Week? I don’t know who did, I never knew, all I can assure is that it wasn’t me. The movement, spreading little by little, had already become some kind of permanent public scandal.”

The Week of 22: A Gathering of the Arts

For seven days, the lobby of the Municipal Theater was open to the public with approximately 100 artworks on display. With new shapes and colors, the exhibition shocked the audience conditioned to a more academic and “behaved” art. On three nights of the week, surrounded by dance and music, conferences and poetry readings took place in the theater. Among the public, there were painters, writers, musicians, sculptors, and architects. The Group of Five was present, of course (minus Tarsila, who was in Paris at the time).

Controversy and Repercussions of the Week

Bringing together a diversity of artists, the event caught the attention of artistic circles throughout the country. Still, the general opinion wasn’t entirely positive. At the time, the Modern Art Week wasn’t considered as significant as it is now. There was some praise and applause, sure. But, for the most part, it was treated as unimportant.

Those who were talking about it did so mostly with criticism and disapproval. Some of the public threw potatoes at Mário de Andrade during one of his speeches; some of Anita’s paintings were later returned by regretful buyers. An influential critic even described her paintings as “beastly” and “deformed.”

Outcomes of the Modern Art Week

Even among criticism, the event inspired discussions about modern art. Opposed to the conservative culture at the time, modernists went against the academic standards and prompted a new Brazilian art. In search of a national identity that moved away from ties with Europe, their idea was to “rediscover” Brazil and its aesthetic.

It’s debatable how far the group actually went when it comes to this emphasis on Brazilian themes since so many of these artists were influenced by Europe. Anita Mafaltti’s formal artistic education started in Germany, for example, and it’s in Paris that most artists found means to explore their art with an experimental approach.

Two years after the Modern Art Week, in 1924, Tarsila do Amaral, Oswald de Andrade, and other modernists traveled across the country and found inspiration in popular Brazilian culture. It was the beginning of the “pau-brasil” period, referring to the tree explored in early colonial Brazil. This tree was the first Brazilian exportation product, said Oswald, and so they intended to create an “exportable” national art. They would use art to show foreigners what was special about their country.

Despite not receiving much attention in that February of 1922, the influence of The Week is undeniable in the following years. After some time, the revolutionary shift this event meant to Brazilian art was recognized. To this day we see its influence in the work of Brazilian artists. At first, the Modern Art Week was considered unimportant. Now, it is seen as a fundamental episode to the development of Brazilian art in the 20th century.

Read more about it at Smarthistory or Brown University Library.