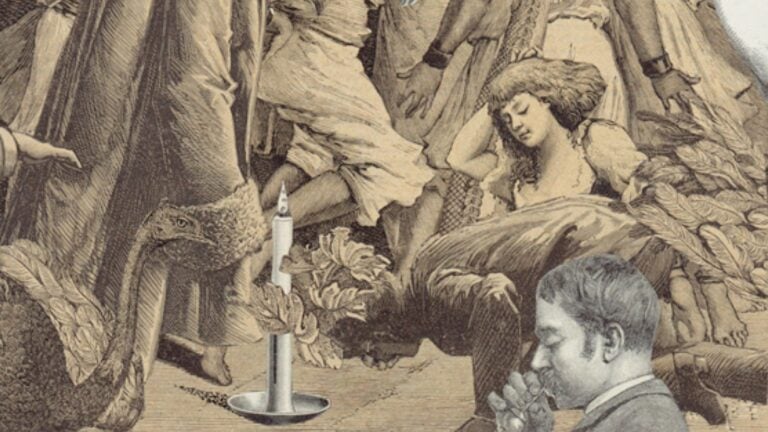 Max Ernst and Birds: A Relationship Explained through Paintings

In 1919, Max Ernst worked together with Jean Arp in Cologne where they founded a branch of the Dadaist Movement: Surrealism. It became a new niche for artists who wanted to push the limits of poetry, design, performance, and painting. Ernst wanted to step “beyond painting” (au-delá de la peinture) in his artistic projects. Thus he focused on the new, radical technique of collage.

The systematic exploitation of the accidentally or artificially provoked encounter of two or more foreign realities on a seemingly incongruous level – and the spark of poetry that leaps across the gap as these two realities are brought together.

The collage pictured above was first exhibited in Ernst’s solo show in the Au Sans Pareil bookshop in Paris. This show turned into a Surrealist event for which even Andre Breton wrote a few pieces.

In his autobiography, Ernst wrote about how he had brought together images “so remote that the sheer absurdity of that collection provoked a sudden intensification of the visionary faculties in me.”

Remember that in the 1920s, collage as a visual technique was very radical and novel, used solely by Dadaists. Look for works by Hannah Höch and John Heartfield to see more examples. As a result, they were not afraid to experiment with visual elements not used in works of fine art before. For example, they used magazine photographs, typography, clips from advertisements, and illustrations from scientific journals.

I found figural elements united there that stood so far apart from each other that the absurdity of this accumulation caused a sudden intensification of my visionary facilities and brought about a hallucinating succession of contradictory images.

Max Ernst further experimented with collage and, in 1929, he created La Femme 100 Têtes. It is thought to be the first book completely devoted to collage ever created. La Femme 100 Têtes is a compilation of late 19th century woodblock prints, modified to destabilize and defamiliarize the imagery. Hence, Ernst gave each image an absurd caption. One was “and volcanic women lift and shake their bodies’ posterior parts in a menacing way.” Dorothea Tanning, who translated the book from French to English, admitted in her translator’s note that she had yet to exhaust the book’s full meaning.

Ernst referred to the fragmented nature of collage as “the culture of systematic displacement.” As a result, after he abandoned collage in favor of painting, we can still see collage’s influence in his work. Therefore, in Ernst’s later pieces, he continued to depict figures and shapes as disjointed and incongruous with the space they inhabit.