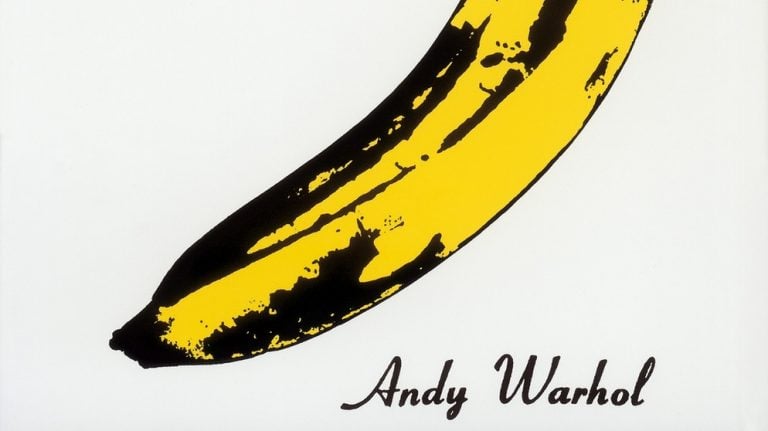 Album Covers You Didn’t Know that Are Pure Art

Released in March 1967, the album was recorded in 1966 while the band was featured on Andy Warhol’s Exploding Plastic Inevitable multimedia event tour. It gained attention for its experimental performance sensibilities and controversial lyrical topics, including drug abuse, prostitution, sadomasochism, and sexual deviancy. Aside from The Velvet Underground, there were screenings of Warhol’s films, as well as dancing and performances by regulars of Warhol’s Factory, especially Mary Woronov and Gerard Malanga.

The banana itself is, of course, the handiwork of Andy Warhol. He crafted the image and slapped it on the cover of his pet band’s first record. Warhol served as the manager and patron saint of the now-iconic art-rock band. Surprisingly, The Velvet Underground sold only 30,000 albums in its first five years – which can be called a failure, especially when you consider Warhol’s support.

What’s interesting, Warhol was the only formally credited producer but he had very little direct influence or authority over the album beyond paying for the recording sessions. In fact, several other individuals who worked on the album are often mentioned as the album’s technical producers. The Velvet Underground & Nico is now widely recognized as one of the greatest and most influential albums in the history of popular music.

The original album cover allowed fans to peel back the banana skin like a sticker, revealing the fruit of a nude-colored banana underneath. The sexually-charged effect was difficult for manufacturers to pull off (the time it took to perfect the peel was part of the reason behind the album’s delayed release). However MGM deemed it warranted since Warhol’s stamp of approval was bound to go far in the 1960s. With drug songs like “Heroin” and “I’m Waiting For The Man,” some have interpreted the album’s cover as a reference to the old schoolyard rumor that smoking a banana peel will get you high. Whether or not that was Warhol’s intent, the cover remains one of his most famous works.

What was Warhol’s inspiration? As always, real life. Recently D Generation and Danzig member, Howie Pyro, finally revealed the true origin of the famous Warhol-created banana. Pyro reveals in an op-ed that he accidentally stumbled upon the original banana in a junk shop “in the mid-80s” in the Lower East Side of New York City, only realizing recently what it meant in punk and NYC history.

There was one on Broadway that I had never seen before right down the street from Forbidden Planet and the greatest place ever, the mighty Strand Book Store. I went in and there was a lot of great stuff for me. I found some old records, a huge stash of outrageous and disgusting tabloid newspapers from the sixties which I kept buying there for a couple months afterward, and some cool old knick-knacks. I knocked into something on a crowded table full of junk and heard a big CLANG on the cement floor. I bent down to pick it up. It was one of those cheap triangular tin ashtrays that usually advertised car tires or something mundane. I picked it up (it was face down) and when I turned it over I was surprised to see… THE BANANA!