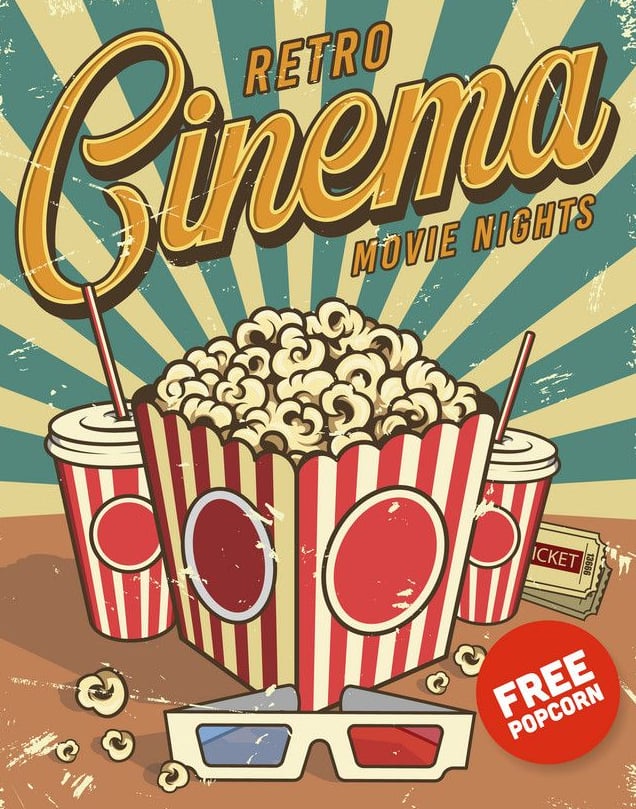 This is clearly a difficult time for humanity. Coronavirus has been declared a pandemic and people are advised to stay at home and eliminate physical interaction as much as possible. So, what do we do to pass the time in our homes? We can watch the best movies related to art, of course! Here are ten suggestions for classic art movies for time spent in quarantine. Without further introduction, let's jump straight to our list!

Midnight in Paris is a lovely movie about a screenwriter who aspires to be a novelist. He goes on a trip with his fiancée's family to Paris and while he is strolling around the Parisian streets, he finds himself mysteriously traveling back in time, to Paris in the roaring 1920s. There, he meets all his literary idols, like F. Scott Fitzerald, Ernst Hemingway, and others. He also meets many artists, like Picasso, Salvador Dali (in one of the funniest scenes in the movie) and other people of the intellectual and artistic world. The question is, will he ever return to his own time or will he stay trapped there forever with a girl that fascinated him?

Read about the artists portrayed in Midnight in Paris in the 1920s and in the late 19th century!

Frida is a biography of the famous artist, Frida Kahlo. The movie begins by showing her tendency to provoke reaction through her rejection of the social standards of her time. She did this by wearing male tuxedos for example. The movie shows how she was seriously injured at a young age and how this event changed the course of her life. Thus, she started painting and pursued a career as an artist. That is how Frida met her husband and fellow artist, Diego Riviera, became a fashion icon through her choice to wear traditional Mexican clothes and became deeply politically active. She was one of the most passionate women in art history and in history in general. The movie portrays these aspects of her life wonderfully.

This is the first oil painted animated movie. It is about a young man who visits Van Gogh's last hometown to deliver a letter. Suddenly, he finds himself investigating what happened during the last three days of the great artist’s life. The animation is based exclusively on Van Gogh's paintings and it was said to be incredibly difficult to film. During the course of the movie, we see many characters from Van Gogh's paintings such as Monsieur Roulin, Félix Rey and of course Adeline Ravoux, the daughter of the owner of Ravoux Inn, the famous Inn where Van Gogh drew his last breath.

The Last Family is about the life of Zdzislaw Beksinski, the famous Polish painter of dystopian surrealism. The movie depicts his life with his family, his wife Zofia and their son Tomasz and everything that happened up until his murder in 2005.

In 1792, Spain is impacted by the turmoil of the French revolution. The situation is already tense when the Spanish Inquisition appears to be disturbed by some of Goya's work and accuse him of creating manifestations of evil. Although Goya has powerful friends to defend him, he finds himself embroiled in a scandal; his muse, Inez, is labeled as a heretic.

This is a Greek production and its subject is the great artist Domenicos Theotokopoulos, also known to the world as El Greco. The movie follows the story of his life from his early beginnings and goes on to show how an uncompromising artist and freedom fighter developed.

Big Eyes is a movie by Tim Burton about the life of American artist Margaret Keane. Margaret had huge success in the 1950s with her paintings, which depicted women, children, and animals with excessively big eyes. However, she was a divorced woman with a child and the social perceptions of this at the time were very negative. In part because of this, she married Walter Keane, who later, in the 1960s claimed credit for her works.

Girl with a Pearl Earring

This is another interesting movie. It tries to unravel the mystery behind (probably) the most famous painting by Johannes Vermeer. The film tells the story of a young woman who became a maid in Vermeer's house and ended up inspiring him in his legendary portrait.

Obviously this is a movie about the great American expressionist Jackson Pollock. It recounts his life, his co-dependant relationship with his wife and his battle with alcohol addiction. There is a beautiful quote in the movie that represents Pollock's spirit;

-How do you know when you're finished with a painting?

-How do you know when you're finished making love?

Well, this is another biographical movie. It is based on a true story, that of Maria Altmann. She was an elderly Jewish refugee who lived in Los Angeles. Along with her lawyer, she tried to reclaim Gustav Klimt's painting of her aunt, Portrait of Adele Block - Bauer I, from the Austrian government. The Nazis had stolen the painting from her family prior to World War II and Maria took her legal battle to the Supreme Court of the United States, in order to get back what was hers.

So, staying in doesn't seem that boring after all, right? In any case, stay calm, stay safe, watch movies related to art, scroll in our DailyArt App and don't forget to read our lovely articles!