What Did Belle Époque Artists from Midnight in Paris Look Like in Real Life? 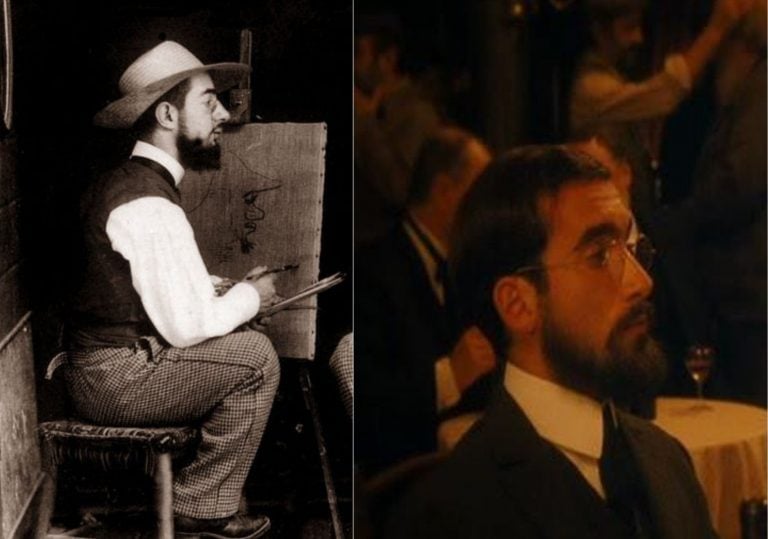 What Did Avant-Garde Artists from Midnight in Paris Look Like in Real Life?

In Woody Allen’s 2011 Midnight in Paris, the main character, a nostalgic screenwriter finds himself transported back in time to Paris from the 1920s. This is a second article where we discuss the artists who appeared in the film. In the first article I showed you the filmmakers’ creations of 20th-century artists, here are the celebrities of the Belle Époque. Meet 19th-century Midnight in Paris artists!

Though their depiction in the 2011 film is short (let’s be honest, I wish the film would have continued its peak into the world of Moulin Rouge and the artists of the 19th century), the overall theme of the movie lends itself to this brevity. Gil Pender’s time travels are a form of escapism into a world with which he feels he better identifies, likewise to Adriana’s desire to be a part of the 1890s Paris, not the 1920s which she considers to be dull. She even chooses to stay in the past, furthering this idea of escapism and her idealistic thoughts.

Height of Paris in the 19th Century

Adriana dreams of living in late 19th-century Paris. A time synonymous with the Moulin Rouge, Montmartre, and such artists as Edgar Degas and Paul Gauguin (in turn, these artists believe the “time to be alive” was the Renaissance… Are you able to see the trend?). Though their inclusion in the film is left to the last minute, they are no less important than the main figures of Part 1 to this piece. They help Gil to see that he will always be yearning for a different time much like the other Midnight in Paris artists.

Henri de Toulouse-Lautrec, a famous painter of 19th-century France, was known for his unique style, as a poster artist and painter. His famed works include scenes from the Moulin Rouge, as well as realistic depictions of women around him.

As a young boy, Toulouse-Lautrec suffered from breaking both his femurs and they subsequently never healed properly. This, among a plethora of other congenital health conditions, contributed to the deformation of the lower portion of his body. He only grew to just above 5 feet tall (152 cm). Since he could not participate in many of the same activities as his fellow compatriots in France, Toulouse-Lautrec turned to art, diving in wholeheartedly. His art reflects the bohemian nature of Paris at the time.

The below image still from the movie showcases a few things to note: the alcohol on the table is indicative of Toulouse-Lautrec’s rampant alcoholism. It is no surprise that he turned to alcohol in order to forget the pain he carried in his body. The artist, portrayed by Vincent Menjou Cortes, is depicted as short, rather timid in nature, alone, and focused. As far as appearances go, the actor looks much like the artist from the waist up. Below, a sample of the script shows how others perceived the artist.

One of the many ways to determine a Degas painting is the presence of ballerinas. Degas’ work featured the young girls and he captured their likeness in several mediums. The inclusion of the artist in the film is no mistake as he helped to pioneer Impressionist art, although he himself did not like the term for his own work. Working alongside the other artists portrayed towards the end of the film, they transformed the style and techniques of the period, artistically navigating into the period of Post-Impressionism.

Since the inclusion of these three artists is left to the last part of the film, their depictions and characteristics are generalized. For example, in Degas’ case Gauguin asks, on his behalf, if Adriana wants to help design costumes for the ballet dancers. This reflects back to Degas’ heavy focus on the dancers in Paris during his active years in Paris.

Paul Gauguin, though born in France, spent time in Peru, Denmark, and Tahiti. He was enraptured by Asian and African cultures which shows in his work, also his work was considered to be more savage than that of his contemporaries. By the time depicted in the film, Gauguin had been married, had several children, and was divorced.

Like Degas and Toulouse-Lautrec, Gauguin’s depiction (Olivier Rabourdin) is just as generalized. For instance, Gil asks him essentially why he is not in Tahiti at this exact moment. The artist responds that while he does in fact live there, but business in Paris called him (Gauguin spent his last few years in Tahiti, but had a brief stint back in Paris).

Representation of Artists in Midnight in Paris

One of the main differences between the portrayal of the characters in Midnight in Paris as artists in the beginning and the end of the film is the generalization throughout. Because some artists, writers, or musicians only appeared briefly, it was about packing as much information as possible into a short scene. As a result, some of the nuances are lost to brevity. Perhaps Gil should travel back in time in another installment of Midnight in Paris. Or perhaps he should travel to the Renaissance, in “Midnight in Rome.”