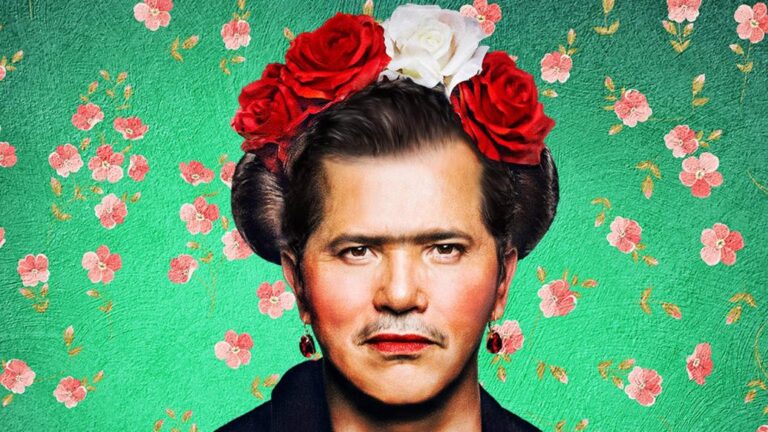 By now most of us have been in lockdown for at least a few days, binge-watching Netflix and Amazon to the point of total exhaustion. Why not try something a bit different! This Friday is a World Theatre Day! As theatres close, more and more content becomes available online to keep your mind safe from boredom and help you celebrate the talent of performers and writers. Check out this list of theatre plays, opera and music online to keep you entertained during the lockdown.

I and You, Hampstead Theatre

If you’d like to see Maisie Williams playing someone other than Arya Stark then I and You is a good place to start. The play premiered in the Hampstead Theatre in 2018. Back then it was recorded specifically with Instagram streaming in mind, which now comes in handy. The play will be streamed for free for a week: Monday 23 March 10am – Sunday 29 March 10pm GMT if you follow @hampstead_theatre or @lalatellsastory. You can also watch it on IGTV.

I and You is a witty and uplifting portrayal of friendship, youth and living life to the full. Housebound because of illness, Caroline hasn’t been to school in months. Confined to her room, she has only Facebook for company. That is until classmate Anthony bursts in – uninvited and armed with waffle fries, a scruffy copy of Walt Whitman’s poetry and a school project due the next day… Caroline is unimpressed on all counts. But an unlikely friendship develops and a seemingly mundane piece of homework starts to reveal the pair’s hopes and dreams – as well as a deep and mysterious bond that connects them even further.

I know, no one really associates Netflix with theatre. And rightly so because their offering is pretty scant in that respect. But there is always an exception to the rule, and here it is! To hide the aforementioned exception, Netflix put the show in the stand-up comedy category, and in a way you can understand why as the border is pretty unclear in this instance.

Uproarious, uncensored, and undeniably entertaining, Latin History for Morons is the show we need right now. The self-professed ghetto scholar schools America on Cinco de Mayo—no, it’s not the Latino Fourth of July—and every other aspect of Latin history they’ve misunderstood and forgotten to create a heartfelt and funny tribute to. From a mad recap of the Aztec empire to stories of the unknown Latin patriots who won American independence, Leguizamo breaks down the 3,000 years between the Mayans and Pitbull into 110 irreverent and incisive minutes.

The Met Opera hopes to brighten up our lives even though their stage remains in darkness. To do this, until the end of March they will stream one opera a day for 23 hours, from 7:30 p.m. EDT until 6:30 p.m. the following day. The second week is dedicated to Wagner, so you can really get into the dramatic mood. With wonderful performances, it is bound to keep your mind away from the current situation and transport you to another age.

If you just feel like listening, but not necessarily watching then Berliner Philharmoniker has something for you. As they also had to close the venue, they have decided to come into your home. And yes, you can fit a full orchestra in your living room. In normal times spectators must pay to enter the concert hall, but at the moment it has been made available for free. Here you’ll find everything from Handel to Bach and Beethoven to Tchaikovsky.

The 24 Hour Plays is an event organized by many theatres around the world. The concept is that a new piece of theatre is written, rehearsed and performed within a 24 hour window. Now, this exercise has been brought online with the Viral Monologues. From 6 pm EST on Tuesday, March 17, until 6 pm EST on Wednesday, March 18, the 24 Hour Plays’ Instagram account posted new monologues written by several popular writers and performed by a litany of famous actors. Imagine that, a premiere every 15 minutes for the full 24-hour period.

This play by David Ireland will be made available online for free. On Friday 27 March, to mark World Theatre Day,  the filmed version of Cyprus Avenue will be released at 12 noon GMT. Commissioned by The Space, this filming of Cyprus Avenue captures the performance from the iconic Royal Court Theatre and mixes it with some shootings on location in Belfast. It was first broadcast in September on BBC Four. This is the first time the film will be available internationally.

Eric Miller is a Loyalist from Belfast. He is experiencing a psychotic episode and mistakes his five-week-old granddaughter for Gerry Adams. Generations of sectarian trauma convince him that his cultural heritage is under siege. He must act. This hard-hitting black comedy Cyprus Avenue tells the story of a man struggling with the past and terrified of the future.

A thing not to be missed. National Theatre has a long tradition of recording their performances and sharing them through the National Theatre Live project, but in normal times this was done in cinemas and obviously paid. Desperate time call for desperate measures though, and for once we can be happy about that. National Theatre will stream their plays every Thursday at 7pm UK time for free on YouTube. Starting with hilarious One Man, Two Guvnors on the 2nd April and then moving on to Jane Eyre, Treasure Island, and Twelfth Night. Enjoy!

Girls Like That, A Synergy Theatre Project/Unicorn Theatre production

Evan Placey’s 2014 hit play goes online. A naked photo of Scarlett goes viral. Rumors spread across smartphones like wildfire and her reputation becomes toxic, threatening to shatter the fragile unity of the group of girls she has grown up with. But how long can Scarlett remain silent? And why isn’t it the same for boys? Girls Like That is an urgent and explosive play that explores gender equality and the pressures on today’s digital generation.

These two are like Netflix and Amazon Prime for theatre. BroadwayHD focuses mostly on theatre and musicals, while Digital Theatre also includes dance, opera and classical music concerts. The monthly fee for each is comparable to what you pay for Netflix or Amazon, and also BroadwayHD now has a free 7-day trial. You can find the best of the best here.

Plague in Art: 10 Paintings You Should Know in the Times of Coronavirus