What Did Avant-Garde Artists from Midnight in Paris Look Like in Real Life? 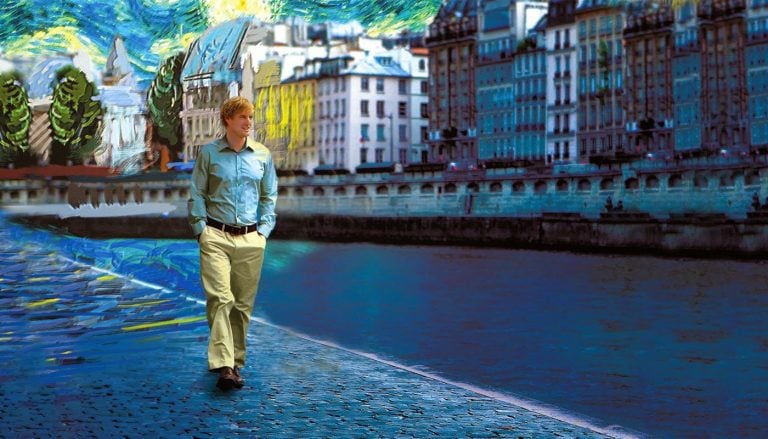 What Did Belle Époque Artists from Midnight in Paris Look Like in Real Life?

In Woody Allen’s 2011 film, Midnight in Paris, Owen Wilson plays a nostalgic screenwriter who somehow finds himself transported back in time to 1920s Paris… A time period which Wilson’s character, Gil Pender, deems a “golden age of thinking.” Within his time traveling, Gil is introduced to the important writers, musicians, and artists of the City of Love.

Among the greats that we have come to know and love, are the Fitzgeralds, both F. Scott and Zelda, Hemingway, Gertrude Stein, Dali, and Picasso. The air of these characters’ portrayal is what drives the movie as whimsical yet historical. Let’s start with artists in Midnight in Paris from the 1920s.

When it comes to films such as Midnight in Paris, one must approach the character portrayal and story-line with a grain of salt. The overall genres of the film are comedy, drama, and romance. With that in mind, and also taking into consideration the rest of Allen’s filmography, we must ask ourselves if his representation of the famous artists and writers is mostly exaggerated or is it based on truth? Can it be both? And how does that play to his advantage? And is the combination of these what makes it one of my favorite films of our generation? Quite possibly.

In the film, Picasso is noted as having a mistress, named Adriana. In real life, perhaps his mistress (yes, yes, multiple) was not as clear. He had many mistresses, ranging from prostitutes to his muses, but only married twice.

Adrien Brody locked in those crazy eyes! Salvador Dali was a man known for his crazy antics and personality. His art was larger than life, filled with imagination and odd themes… Melting clocks, deserts, and overall psychoanalytical themes. His works are as theatrical as he was in real life!

In the film, Henri Matisse is portrayed by French actor Yves-Antione Spoto. His role in the film is a rather marginal one.

Picasso and Matisse first met in April 1906 and became lifelong friends (and rivals). They were first brought together at the Paris salon of Gertrude Stein with her companion Alice B. Toklas. While numerous artists visiting the Stein salon were not represented among the paintings on the walls at 27 rue de Fleurus, there were plenty of Matisse. He was in that time already a renowned master, instructing young artists at the Académie Matisse. However, he moved away from Paris in 1917 so maybe in the film, he is portrayed just visiting the City of Lights and old friends…

Tom Cordier’s scene in the film is short-lived but memorable. He is depicted as being serious and philosophical, compared to Dali’s over-the-top attitude towards life, with whom he shares a scene.

Throughout his career, Man Ray dabbled in many mediums and genres of art. He was able to move between abstract art forms such as Cubism and Dada, his work in photography is what most may remember him for. Unfortunately, the film does not spend much time on Man Ray, possibly only including him because he was in the included circle of artists and writers during 1920s Paris. His style of photography, which he himself deemed “rayography“, would have been an interesting discussion point as it was a camera-less version of capturing images. I believe there was more yet to be discovered and portrayed in the film about this certain character.

I believe it is safe to say that Allen’s film is a homage to the time period while also giving an insight into these artists’ lives and personalities, some in-depth and others not so much. Had some of the characters not been portrayed as heavily as they were, perhaps the film would not as enjoyable as it is.

There are several artists in Midnight in Paris that appear after Gil and Adriana experience another time jump… This time into the height of the Moulin Rouge in Paris in the 19th century, where they meet Henri de Toulouse-Lautrec, Edgar Degas, and Paul Gauguin. Let’s keep them for another article.