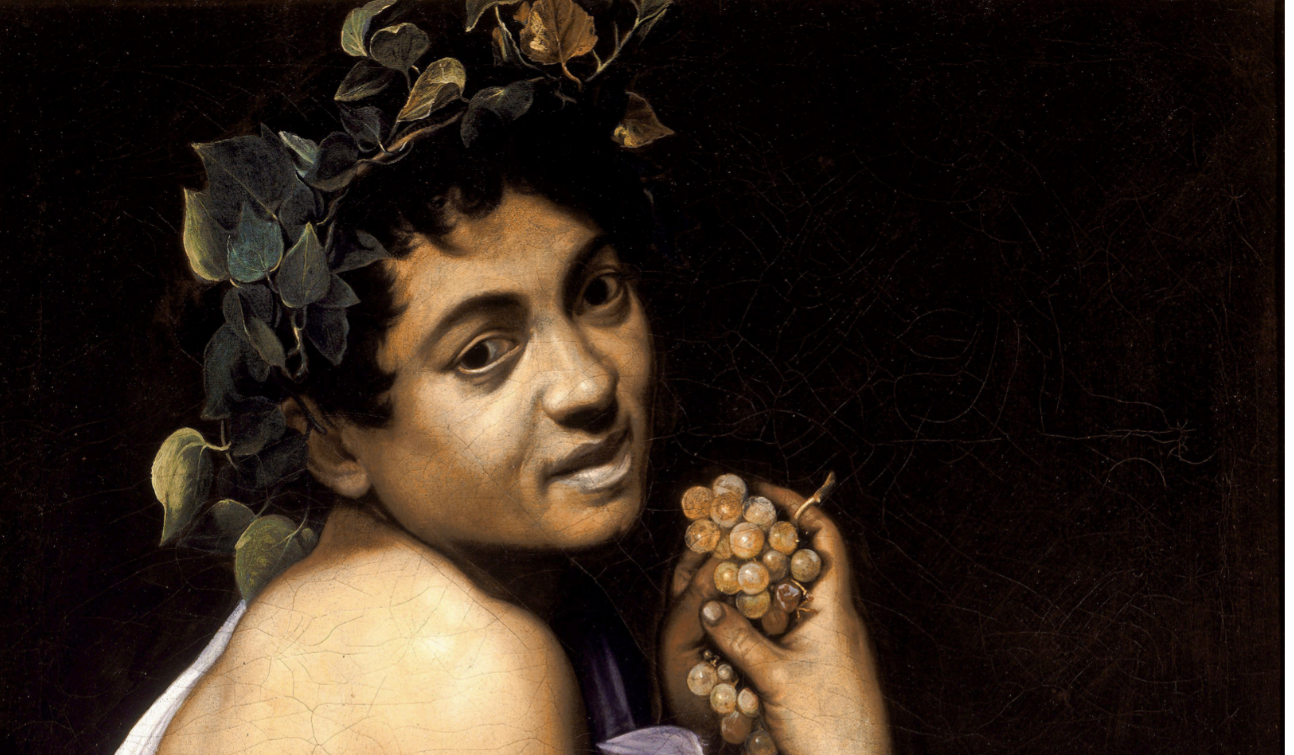 Mirror mirror on the wall, who’s the fairest of them all? Self-portraits are closely tied with the existence of mirrors. Although mirrors have existed since antiquity, during the renaissance cheaper and better mirrors made in Venice came onto the market. This was one of the reasons why artists wanted to start painting their own likenesses. Here are some of the most important self-portraits from art history, you should definitely get to know.

A self-portrait is a mirror revealing an artist’s mind. It is a highly subjective image since the artist reveals to the viewer only what he wants to reveal. Thanks to self-portraits we can experience how the artists saw themselves.

This famous painting is the second self-portrait Dürer made. He engages the viewer directly while wearing an expensive fur trimmed coat. On the left, we see his signature and the date of the piece. On the right there is an inscription that reads:

“Thus I, Albrecht Dürer from Nuremberg, portrayed myself with characteristic colors in my 28th year.’’

With this painting Dürer strives to display his artistic proficiency but also present his interest in humanist values. The elaborate coat shows his high status. During the Renaissance artists were publicly elevated from mere anonymous craftsmen to creators. The most striking parts of this painting are the painter’s gaze and his hands, the tools of his trade. Moreover, since hands are fiendishly difficult to paint, he displays his superior skills as well. The frontal, symmetrical, pose reminds us of images of Christ. On the one hand, Dürer wants to remind us that man was created in God’s image and that his talent is God-given. On the other hand, he professes his humanist principles, where symmetry and harmony are most important.

Renaissance artists in Italy tended to include themselves in larger compositions. In the Vatican, Raphael and Michelangelo keep company with the philosophers and saints.

In the School of Athens a fresco in the Stanza della Signatura, today part of the Vatican museum, Plato and Aristotle debate their theories for eternity. However, in the far right among Ptolemy and Zoroaster, there is Raphael staring right back at us, he is wearing a black hat. In general, in paintings with a multitude of people when we see someone staring right at the viewer it is usually the artist himself. Raphael also included the faces of his contemporaries. For example the face of Plato is probably based on Leonardo‘s features.

A few doors down, in the Sistine Chapel, humanity faces the Last Judgement. Here, Michelangelo gives us one of the most macabre self-portraits. Just below Christ, there is a saint holding a knife and his skin. In paintings, saints are usually recognizable by the instrument of their martyrdom. St. Bartholomew was flayed alive. Nevertheless, there is something unusual about the skin, here we see the self-portrait of the artist. The skin and thus Michelangelo are dangling between heaven and hell evoking the worry that the Italian painter had about the fate of his soul.

A young man dressed in antique costume stares languidly at us. His skin tone and blue lips declare that he is sick. Caravaggio painted this self-portrait around 1593 after he was hospitalized for six months probably for malaria. Known as an indulgent creature, he decided to portray himself as Bacchus the god of wine.

As with other self-portraits of this period, this work was not commissioned. It is a canvas where the artist could display his skill to prospective patrons. This piece shows Caravaggio’s ability to paint portraits, antiquity scenes and still lifes. Today, he is famous as the painter who turned the religious into the secular by depicting gods and saints as ordinary people. True to this spirit, Bacchus does not show any sign of godliness, on the contrary, he looks more like a sickly boy.

Professional female artists during the Baroque period were not as unusual as we used to think. Artemisia Gentileschi, with the support of her father Oratio, who was also an artist, managed to have a fruitful career.

With this self-portrait, Gentileschi subverts the patriarchal system by presenting herself as the allegory of painting. In Western art, allegories were always women and as such it was an impossible form for a male artist. Her message is strong. Here we have a flesh and blood woman in the act of painting not some fantastical figure.

Gentileschi, wearing a green dress and a brown apron, is depicted in the act of painting. She holds a pallet and a brush while leaning on a stone slab used for making her pigments. The brown surface behind her, works both as the background of the piece but also as the blank canvas she is about to paint.

This self-portrait is one of Rembrandt’s later works, dating from 1659, when the artist was 53 years old. The artist was by then in a very delicate place in his life, having filed for bankruptcy three years earlier. Rembrandt is a true master of the art of self-portraiture, having painted close to one hundred during his lifetime, including paintings, etchings, and drawings

We see a mature man, wearing an artist’s cap and a brown coat. He is serious and introspective. The artist draws himself with honesty, documenting every wrinkle. The lighting focuses primarily on the face. The painter’s gaze meets the viewer, revealing a man who has lived a full life, taking in the good and the bad. Raphael’s portrait of Balthasar Castiglione inspired the pose for this painting.

Las Meninas have the curious honor of being at once a portrait and a self-portrait. In the foreground we see the portrait of Infanta Margarita and her entourage. But if we look to the left there is Diego Velasquez himself in the act of painting. At the time, he was the first court painter to the King of Spain, the greatest honor an artist could attain. However, placing himself amongst the members of the royal family was a courageous act on his part. By doing so, he shows pride in his profession and by his association to the royal family raises his status from a mere craftsman to an intellectual.

With this piece Velasquez creates a clever mind game, since we see him in the canvas while he paints but at the same time we admire his craftmanship in the panting itself. Las Meninas is one of the most complex and analyzed works of art.

In the 18th century some female artists were deemed somewhat equal to their male counterparts. One of them was Angelica Kaufmann. This Swiss born artist along with Mary Moser were the only female founding members of the British Royal Academy. However, their acceptance into the Academy was more of a token gesture, as is evident in the group portrait of the first academicians. The two female members are represented merely as portraits on the wall.

It is no wonder that Kaufmann in her self-portrait chose to present herself not in her social role as a woman but first and foremost as an artist. She holds a portfolio and ‘porte-crayon’, which contained her charcoal and wears classical garb to mark her place within classical art.

An aristocrat with his servant and dog meet Gustave Courbet in the countryside. Bonjour Monsieur Courbet is one of the hallmark paintings of French Realism, a 19th century movement where scenes from everyday life were favored over mythological and biblical themes. In this painting, we can see how the artist wanted to present himself in public. Courbet is portrayed as an independent, self-sufficient man. He carries his pack with his easel and other painting instruments so he can stop and paint directly from nature. He is a simple man in simple clothing, making his way on foot. On the other hand, the aristocrat, Alfred Bruyas, one of Courbet’s patrons, is dependent on his servant for his every need.

In this morbid piece, Böcklin investigates the legacy of an artist. A chilling figure stands behind him playing a fiddle with only one string. The painter pauses to listen to the otherworldly melody. The skeleton represents what we call a ‘’memento mori’’ that is Latin for ‘’reminder of death’’ and is used regularly in art to demonstrate the ephemeral nature of all things. But Böcklin is not frightened by death. On the contrary, the fragility of life motivates and inspires him. He knows that even when the artist dies, his work will live on to mark his passing from this planet.

The Dutch artist is one of the most prolific self-portraitists of all time, producing over forty-three paintings and drawings in just ten years. Through them we can see Vincent van Gogh’s various moods but also how he developed as an artist. This one is amongst one of the last, when he was hospitalized in Saint-Remy. The focus is on the face where van Gogh’s bright red hair and beard contrast with the turquoise background. While he is standing still, the swirls behind him along with his intense eyes reveal his agitated mental state.

The ‘’baroness with a paintbrush’’ as she was nicknamed, Tamara de Lempicka epitomizes the modern woman of the Roaring Twenties . Her stylish persona, that she meticulously built,was featured in all of the most forward-thinking magazines in Europe.

Tamara in a Green Bugatti was a commission for the cover of the German magazine ‘Die Dame’. In her characteristic Art Deco style, the artist portrays herself as an independent, emancipated and sexually liberated woman. She stares smugly at us, with her leather gloves and majestic scarf billowing in the wind. The car is another symbol of her emancipation. A woman driving in the 1920s was a rare sight. Moreover, it is a nod to the contemporary Futurist movement that celebrated speed and everything that had to do with the modern world.

A large part of Kahlo‘s oeuvre consists of self-portraits. In The Two Fridas two identical Fridas sit side by side holding hands under a clouded sky. The Frida on the left wears European clothing while the one on the right wears a traditional Mexican dress. The two women have a symbiotic relationship. Their exposed hearts, a symbol of Frida’s pain, are connected by a single vein. They are two facets of the same person. The painting was created in 1939, the year Kahlo separated, briefly, from Diego Rivera. The Frida with the Mexican clothing, the clothing her husband encouraged her to wear, holds a miniature portrait of him and is still hurting from the separation. Whereas, the ‘’European’’ Frida. on the contrary, has literally cut him off and has stopped the bleeding.

She has worked in the National Gallery of Art in Athens and in the 4th Athens Biennale AGORA (2013). She has taught Art History in the Municipal Art School of Aghia Paraskevi and in the digital university Iversity (Berlin). She was the assistant curator of the exhibition Inferno of George Pol. Ioannidis in the Italian Institute of Culture in Athens (2017-2018), where she presented the painter’s work in a lecture at the Institute. Her articles have been published in Ta Nea tis Technis and avopolis.gr. Recently, one of her short stories was among the winners in the 2nd short story competition of Ianos bookstore and was published.