What Was It Like in the Roaring Twenties in Art and Fashion? 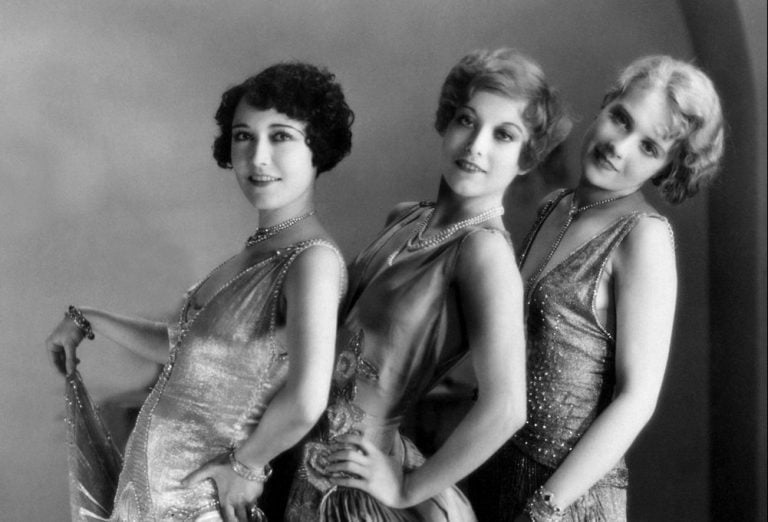 The Roaring Twenties was a period when many things changed – both socially and politically. The dramatic economic growth of the decade led many Americans to adopt a totally different, more affluent lifestyle unknown to most people before this age. It was also the first time many people could live in cities rather than on farms or in small towns. The promise of the Golden Twenties was not, however, limited to the United States. Much of Western Europe, including Germany, England, and France took part in its glory. And it also totally overturned existing art and culture.

The 1920s were a time during which many of the artistic greats of modern history found their inspiration, thanks in part to the liberation of their artistic spirits. Ernest Hemingway, William Faulkner, and F. Scott Fitzgerald – who wrote The Great Gatsby about the moral decline, prohibition, and life during the 1920s – were only some of them. When it came to art, many, many exciting things happened during this period. Shall we look at a few examples?

The Roaring Twenties was a period when the symbol of a woman was – at least in pop culture – characterized by short, bobbed hair, cigarette smoking, drinking, and fighting for women’s voting rights. The image was certainly that of a new kind of a woman. Another source of novelty was, for example, the trend to place pictures of women driving automobiles into women’s magazines, even though the vast majority of car-buyers and drivers were men. A great example of that is the autoportrait Tamara de Łempicka painted of herself in a green Bugatti. One of her most recognizable pieces is a great example of the femme fatale of the Roaring Twenties.

When it came to fashion, floor-length dresses were exchanged for knee-length ones, as women were finally allowed to show some skin. Coco Chanel was the most recognizable fashion icon of the times, known and loved for her avant-garde designs made for the modern woman, who really came to life during the Roaring Twenties.

Together with the first trousers, flapper dresses, and bobbed hair came high-heeled shoes, hats, and fancy jewelry. Various shoes were fashionable such as the low-heeled “finale hopper” shoes and the high overshoes, as well as galoshes.

We can also admire the Roaring Twenties fashion in photographs taken by Dora Kallmus – aka Madame d’Ora. She was an Austrian photographer who captured fashion and portraits. Kallmus opened a studio in Vienna, Austria where she took pictures not only of Tamara de Lempicka, but also of other famous women like Josephine Baker and Coco Chanel.

The Roaring Twenties in Art and Culture

The 1920s were a time for new and captivating art to be created. New styles, namely Surrealism and Art Deco, were the leading techniques during the 1920s.

Amongst the most famous artists of the period were the painter Edward Hopper and his scenes of solitude in America, the famous fashion illustrator and creator of witty portraits Georges Lepape, and the great Tamara de Łempicka featured above.

The image above, on the right, is an example of what fashion looked like in the 1920s. A young woman is playing golf and looking quite fashionable in her knee-length skirt. Vogue was first released in the United States in 1892 as a newspaper and, only 24 years later, published as a monthly magazine about fashion and lifestyle.

The Roaring Twenties were also known as the times of the Harlem Renaissance. African-American art and the literary culture movement developed in New York’s Harlem district.

These creative times left a rich output of color, impressions, and new ideas that changed not only people’s thinking and their perception of the world but also played a huge role in art, music, fashion as well as history. What would the world be like nowadays without the elegance of Art Deco, the first fashion icon Coco Chanel, or The Great Gatsby?