The Scent of Orange in the Wintery Air: Paintings with Oranges 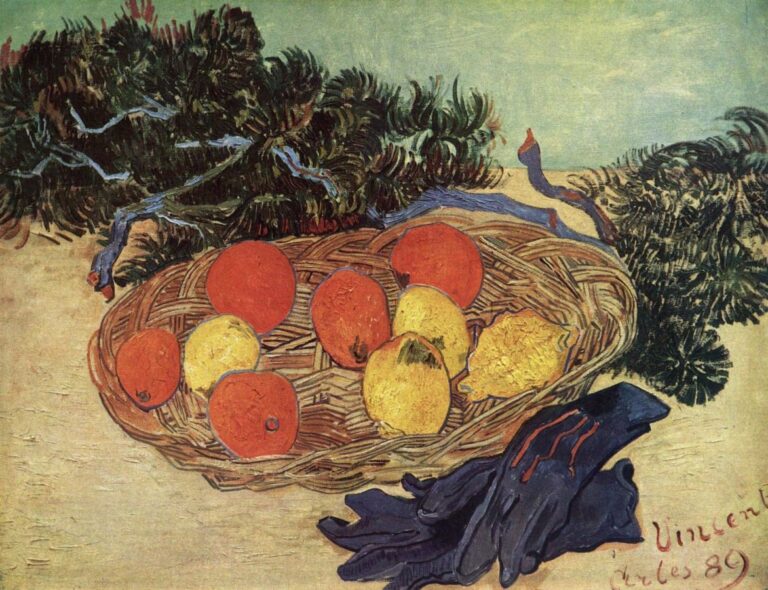 What winter smells like to you? For me, it’s the scent of cinnamon-spiced gingerbread, mulled wine, and of course mandarins. My grandma used to make Christmas decorations by spiking oranges with cloves and turning them into pomander balls. Aaaah, what a wonderful smell! In order to bring out some winter memories, here comes a selection of paintings with oranges for this cold season.

The child is Raoul Levert, the two-year-old son of a local carpenter at the Auberge Ravoux in the village of Auvers-sur-Oises, where Vincent van Gogh had been a lodger. He painted the boy during a short period of contentment before his death in July of the same year.

Lilla Cabot Perry lived in Japan with her husband between 1898 and 1901. There she had a chance to study Japanese art, such as fabrics and prints, in-depth, which allowed her to better comprehend the Impressionist fascination with it. While in Japan, she produced around 80 paintings.

In 1874, Mary Cassatt moved to Paris where she opened her own studio. She criticized the French Salon and the conventional taste of their jury. Her fellow American painter, Emily Sartain, wrote of her: “she is entirely too slashing, snubs all modern art, disdains the Salon pictures of Cabanel, Bonnat, all the names we are used to revere.”

Joseph Farquharson was born in Edinburgh and is most famous for painting Scottish landscapes and animals. He spent several summers in Paris where he studied painting and in 1885 he traveled to North Africa, an experience which most probably inspired this work.

In 1890, Sorolla moved to Madrid with his family, where he focused on painting large canvases with mythological, social, or orientalist themes, which were later exhibited around Europe and in the United States.

Pierre-Auguste Cot, as you can probably judge yourselves, was an exponent of Academicism. Having studied under Alexandre Cabanel and William-Adolphe Bouguereau, he made a successful entry to the Salon in 1863. The 1870s was the decade of his growing popularity and portraiture was definitely his forte.

Aleksander Gierymski painted this poor woman in another painting, Jewess Selling Lemons. During World War II, the Nazis stole the version with oranges from the antique store it was in, and only in 2011 was the painting returned to Poland, having been purchased by the state from a private German owner.

John French Sloan was one of the founders of the 20th-century American art movement called Ashcan School (or the Ash Can School), whose main focus was the depiction of real life in New York, often its poor areas. According to scholars, Sloan was able to exceptionally capture the city’s “inexhaustible energy and life”.

In 1951, Henri Matisse completed his last painting ever. From then on, cut-outs became his sole medium of expression, until his death in 1954.

Inspired? Go get some oranges! Peel them and enjoy this lovely sweet and sour taste in the long winter evenings.