Coping with the difficulties of old age and illness in the years following World War II, Matisse nonetheless produced some of the most vibrant and dynamic works of his career. The artists turned almost exclusively to cut paper as his primary medium. He lived and worked in southern France, in sunny studios in Vence and Nice. Following surgeries for severe intestinal disease, he was confined mostly to his bed and to a wheelchair. Working with paper turned out to be an ideal solution to his limited range of movement. Matisse initially kept his cut-out technique a secret. In 1943, however, he began to work on Jazz, an illustrated book of cut-out designs. Its main theme was the circus, and its pages reproduced Matisse’s lively paper acrobats, clowns and animals. However, there were also hints of wartime violence in the illustrations’ exploding starbursts and falling bodies. [caption id="attachment_2247" align="aligncenter" width="620"] 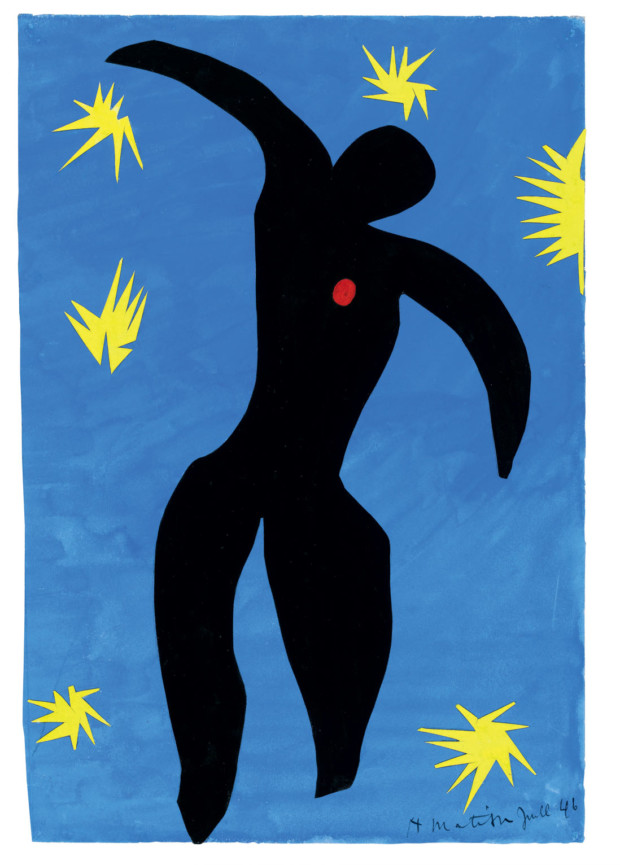 Henri Matisse, Icarus 1946 Centre Pompidou, MNAM-CCI, Dist. RMN-Grand Palais / Droits réservés © Succession Henri Matisse / DACS 2013[/caption] The artist created some of his best-known art in the final decade of his life, and he made it from the simplest materials: shapes cut from colorful sheets of paper. He described these works as “drawing with scissors,” and he used this technique for works of various sizes and subjects. [caption id="attachment_2246" align="aligncenter" width="560"] 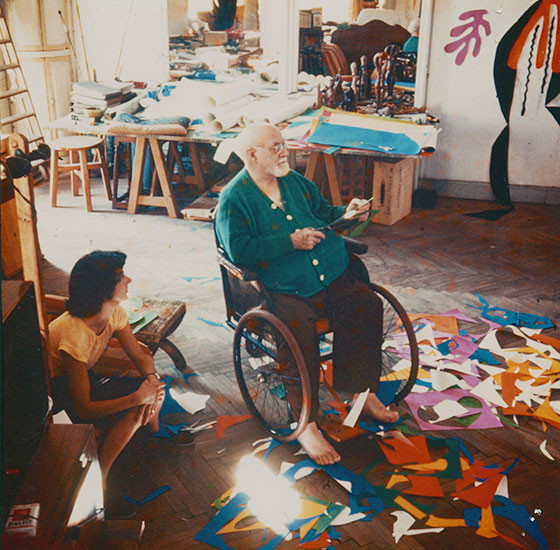 Matisse at the Hôtel Régina, Nice, c. 1952. Photo: Lydia Delectorskaya. © 2014 Succession H. Matisse[/caption] Matisse died in 1954 at the age of 84. His last years of life led to an extraordinary burst of expression, the culmination of half a century of work, but also to a radical renewal that made it possible for him to create what he had always struggled for. He wrote: “I have needed all that time to reach the stage where I can say what I want to say.”