The Tragic Tale Of The Gierymski Brothers 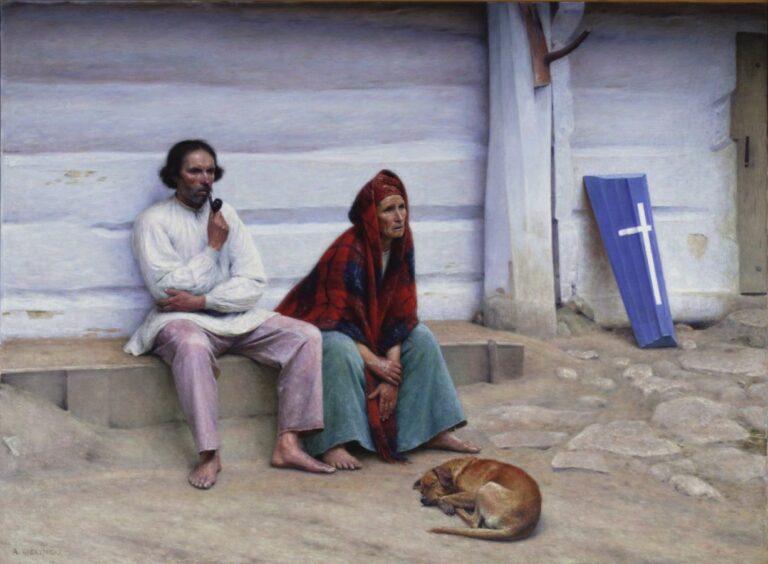 It is rare to see two siblings as talented and successful – and on the same artistic level – as the Gierymski brothers were, and their story is a worthy chapter in the history of art.

Maksymilian Gierymski, born in 1846 and the elder of the two brothers, started his education in Warsaw. His talents were quickly acknowledged, and he was soon awarded a scholarship that enabled him to continue his studies in Munich, where he rapidly became popular. Art collectors and critics were taken by the young man’s realistic, yet melancholic pieces. At the age of only 23 he had managed to create an utterly individual painting style, and one of his pieces was duly acquired by Emperor Franz Joseph of Austria. Yet in contrast to his quick rise to fame in Germany and Austria, Maksymilian felt unappreciated in his native Poland, which he loved dearly.

Aleksander Gierymski, the younger brother who was born in 1850, took a similar path, also choosing to study at the Academy of Fine Arts in Munich. Thanks to the path that Maksymilian had already forged, and the relative wealth that he had accumulated, Alexander was able to develop his skills with ease, and quickly won a gold medal for one of his earliest works.

In a twist of fate so typical for the geniuses of the 19th Century, Maksymilian Gierymski’s blossoming career and young life ended abruptly when he died in 1874 at the age of 28, leaving his brother behind a fair inheritance. During his short life, Maksymilian Gierymski managed to create a remarkable collection of works, with most of the pieces that he is known and appreciated for having been painted during a four year period of his life, undeniably making him one of the precursors of Realism in Polish art.

One year after the death of his elder brother, Aleksander returned to Poland, only to be faced with the fact that out of his whole family, only one of his two sisters was still alive. The remainder of the clan had died a few years earlier, while the other sister has been carelessly buried alive. To Aleksander, this whole string of tragic events in turn became the source of many melancholic and sad influences in his art. Even though he was successful as an artist, he was never truly satisfied with his work, nor with his life. All of this negativity eventually led him to become a miserable and sickly man, and later in his life he succumbed to mental illness. Aleksander Gierymski passed away in a mental hospital in Italy in 1901.

In the end, the first of the two immensely talented brothers was considered a melancholic while the second was a miserable and unstable man steeped in sorrow. To their great credit, however, both Maksymilian and Aleksander Gierymski shared a love and passion for art which was reflected in their undeniable talent, and which continues to live on in the legacy that they left behind for the world to appreciate.