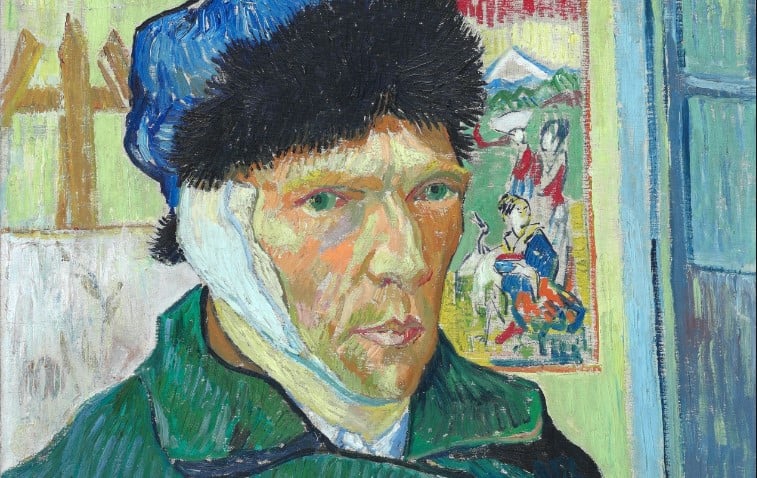 The Sad Story of Vincent van Gogh and His Lovers

Vincent van Gogh’s death occurred in the early morning of 29 July 1890, in his room at the Auberge Ravoux in the village of Auvers-sur-Oise in northern France. The Dutch painter was widely believed to have shot himself at the age of 37. He even confessed it on his deathbed. But did this really happen?

For years everyone blamed Van Gogh’s fragile mental health. In July 1890, after spending nearly a year in an asylum where he painted many of his most iconic paintings, including Starry Night, he obviously still suffered from never-ending mood swings. One day everything seemed to be fine and he was sending optimistic letters to his family. Another day in a letter he recalled all the suffering of his mind and soul.

On July 29th, 1890 Van Gogh returned to the inn where he lived, probably around 9 pm, holding his stomach. When he showed up, the family owning the inn was worried about his condition and asked if everything was fine. Van Gogh started to answer with difficulty, “No, but I have…” as he climbed the stairs up to his room. When the owner asked whether he was ill, Van Gogh showed him a wound near his heart explaining: “I tried to kill myself.” During the night, Van Gogh admitted he had set out for the wheat field where he had recently been painting. Earlier that afternoon he shot himself with a revolver and passed out. Revived by the coolness of the evening, he tried in vain to find the revolver to complete the act. He then returned to the inn. Two days later he died.

This account of Van Gogh’s suicide is based on the testimony of Adeline Ravoux, the daughter of the owner of the Ravoux Inn, who was 13 at the time. She didn’t tell the story until 1953, channeling the stories her father, Gustave, had told her over 50 years prior. Her account changed many times, which leads us to believe that it is not very credible.

However, after 120 years this story is being questioned. Two Pulitzer Prize-winning authors, Steven Naifeh and Gregory White Smith made the shocking claim that Van Gogh was shot, possibly accidentally, by a 16-year-old schoolboy. In their biography from 2011 Van Gogh: The Life they pointed to the nature of the bullet wound, relations with his brother Theo, and also to a letter found in his pocket. This letter was far too optimistic for someone who was about to commit suicide; it wasn’t a suicide letter—it was a draft of a regular letter he sent to his brother on the day of the shooting.

There are some other facts that don’t match up as well. None of the earliest accounts of the shooting—those written in the days immediately after the event—mentioned suicide. They said only that Van Gogh had “wounded himself”. Furthermore, no one knew where he obtained the gun. Also neither the gun, nor any of the other items he had taken with him that day (canvas, easel, paints, etc.) were ever found. His deathbed doctors, an obstetrician and a homeopathist, couldn’t make sense of his wounds either.

Anyway, what kind of a person would try to kill himself with a shot to the midsection? Van Gogh was dying for 20 hours!

The biographers point to Gaston and René Secrétan, students at a Paris lycee, as responsible for the incident. René was interviewed in 1957 about the artist and revealed that he owned a pistol that Van Gogh may have taken. In Auvers, René was a bully. He said he modeled his behavior on his hero, Buffalo Bill Cody, whose Wild West Show René had seen in Paris the year before. He even bought a souvenir costume and accessorized it with an old, small-caliber pistol that looked menacing but often misfired.

By the time René arrived for the summer, Van Gogh was already the object of rumor and ridicule. He trudged through town with his mangled ear and awkward load, setting himself up to paint anywhere he pleased. He drank and he argued fiercely in an unintelligible jumble of Dutch and French.

René cozied up to the lonely painter at his café conversations about art. He paid for another round of drinks. Afterward, René would mock the strange Dutchman to amuse his merry band of mischief-minded summer boys.

René later became a respected member of French society. He was a banker and businessman, eventually retiring peacefully in the countryside. To no surprise, he denied having any role in Van Gogh’s death. He only confessed to providing the dodgy gun. He later joked that: “It worked when it wanted.” According to him, it was just “fate” that it worked the day it shot Van Gogh. He also said he had already left Auvers when the incident happened, which is unusual, as it was the middle of the season.

There is one more fact: a long-neglected account by a woman from an affluent family in Auvers. She broke with the community omertà and revealed that Van Gogh wasn’t in fact at the wheat field at the time the fatal shot was fired. According to her, Van Gogh was actually on the road that led to the Secrétan’s villa.

The art historian John Rewald traveled to Auvers in the 1930s and interviewed locals when the painter’s death was still remembered. Later, he confided to many people, including at least one on the record, a rumor he had heard there: that some “young boys” had shot Van Gogh accidentally. The boys never came forward, he was told, because they feared being accused of murder, and Van Gogh chose to protect them as a final act of martyrdom. The authors of the biography from 2011 postulate that after he was fatally wounded, Van Gogh welcomed death and believed the boys had done him a favor, hence his widely quoted deathbed remark: “Do not accuse anyone… it is I who wanted to kill myself.”

The mystery of Vincent van Gogh’s death will be probably never solved. But for many, the legend of his genius mental illness, that made him create all his iconic paintings–and that lead him to his death–will remain.