Aesthetics and Romanticism: Scottish Art of the 18th Century 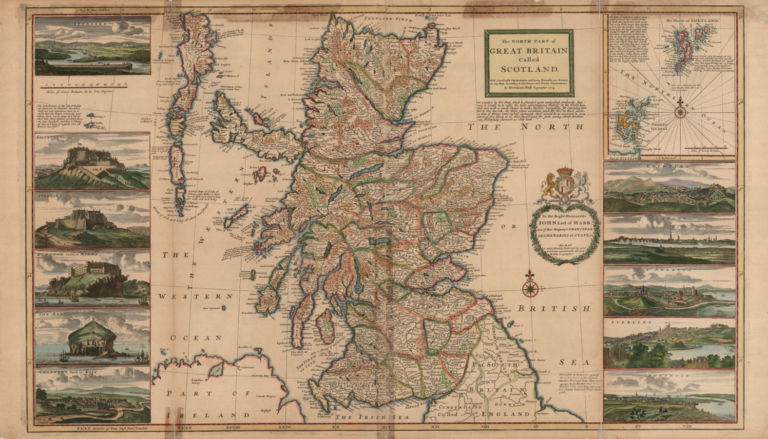 Herman Moll, The north part of Great Britain called Scotland: with considerable improvements and many remarks not extant in any map, c.1726 (originally published 1714), Wikipedia

As someone who holds many interests, it is often difficult to decide on just one topic a week to write about. That being said, the topic of my current interest is Scottish art of the 18th century. Mainly anything that falls within the realm of Romanticism. It may be of no surprise to some readers - Scotland is a land full of beautiful landscapes, intense history, and passionate people.

My passion for learning about Scotland came about several years ago... long after the William Wallace epic starring Mel Gibson was released during my childhood... and instead from historical fiction shows like Reign, or Outlander; and actors such as David Tennant, Peter Capaldi, James McAvoy, and Ewan McGregor from my adult years... the list goes on and on! (Needless to say... I have already begun planning my first trip to the "beautifully wild" country of Scotland!)

Scotland is one piece to the larger puzzle of the United Kingdom and has been for quite some time. While they share a history with the English, their unique culture still appears in much of the art from various time periods. Likewise, artistic periods in Scotland do not exactly mirror those of the rest of the world or Europe... in truth, the lines that separate the artistic periods are just not as defined as the rest of the world’s, with blurring edges.

Henry Raeburn (1756-1823): classified as a Romanticist. Important and of note in Scotland because he was one of the only artists during the 18th century to pursue his entire career in Scotland. [caption id="attachment_16525" align="aligncenter" width="744"] 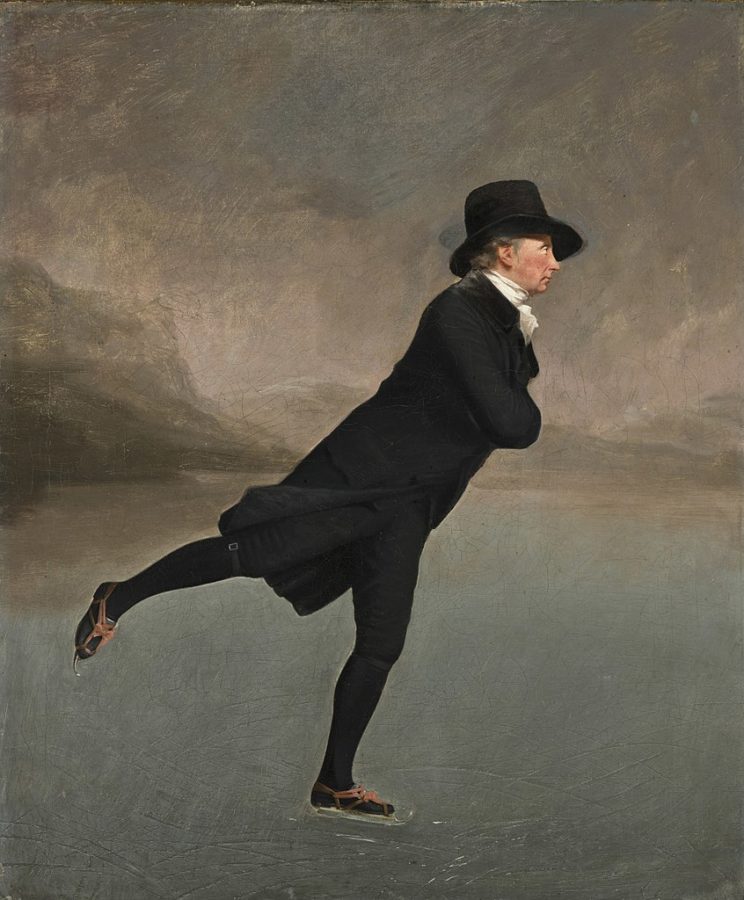 Henry Raeburn, The Skating Minister, ca. 1795, Scottish National Gallery, Edinburgh[/caption] I stumbled across this painting by Henry Raeburn (1756-1823) in research over the past several days. It stands out to me for a couple of reasons; the first being the combination of both whimsy and drama in the portrait of who is said to be Reverend Robert Walker. It appears almost as if he is floating in mid-dance in the atmospheric Scottish fog. In reality, he skates over the frozen Duddingston Loch. The second is that the attribution of the painting has been argued over for many years... it has been attributed to a French artist rather than the Scottish Raeburn. But as it is, it is attributed to Raeburn as one of, if not the most famous of his paintings. [caption id="attachment_16528" align="aligncenter" width="687"]

Henry Raeburn, The Allen Brothers (James and John Lee Allen), ca. 1790, Kimball Art Museum, Fort Worth[/caption] Another painting by Raeburn which showcases a contrasting foreground and atmospheric detail is of two young boys standing against a rocky, and otherwise outdoors setting. They are dressed in the same clothing and appear to be lazing about carefree, as we, the audience, look on into their lives. Again, the foreground of the painting, where the figures exist, is more whimsical than the background which is a blended arrangement of colours and shapes. The light source shines directly on them, obscuring what is behind them. 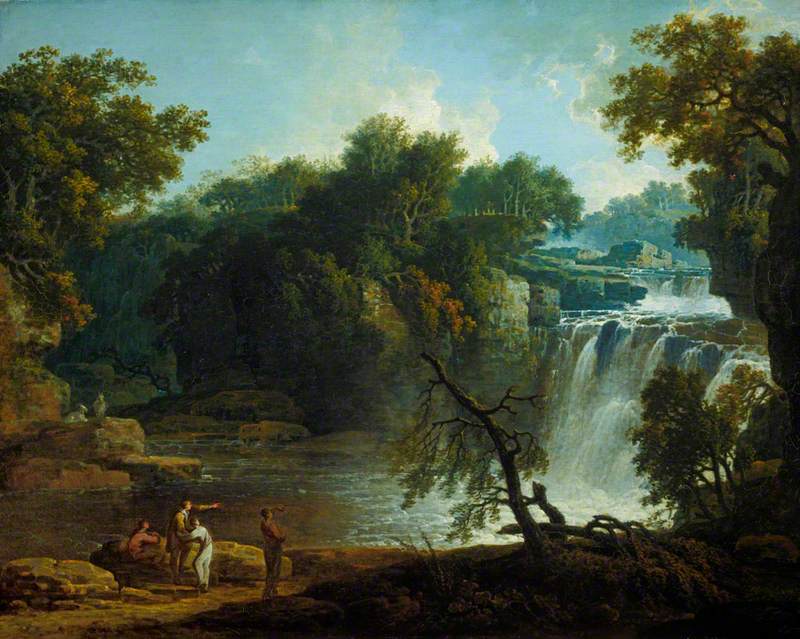 Jacob More, The Falls of Clyde (Corra Linn), 1771, National Galleries of Scotland, Edinburgh[/caption] What is more dramatic or powerful than a waterfall in nature? This painting seeks to answer that question with a simple answer. In this case: nothing. The focus of the painting is not the group of male figures at the bottom of the scene; rather, the focus is on the waterfall. 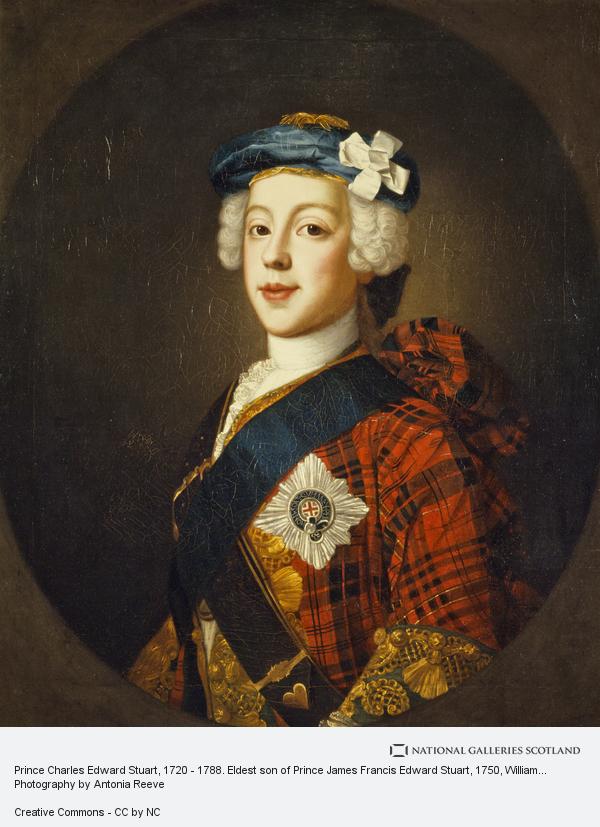 William Mosman, Prince Charles Edward Stuart, 1720 - 1788. Eldest son of Prince James Francis Edward Stuart, ca. 1750, National Galleries Scotland, Edinburgh[/caption] This painting of the Bonnie Prince captures his youth and an air of romanticism felt by the Scottish during the uprising. It also captures the meaning and intent behind the Jacobite movements of the 18th century, more so focused on the '45, the last Jacobite rebellion. Here he is painted in full regalia; in red tartan to show support, but to also represent himself as a Highland Chief, for his Scottish followers.

Romanticism in 18th century Scotland radiated throughout different genres; including, yet not limited to painting, literature, and poetry, such as written by the great Robert Burns. Though it did not necessarily last throughout the whole of the 18th century, Romanticism managed to last in parts of Scotland. Within the culture, the people, the art, and national ideals.

Go bring to me a pint o wine,

And fill it in a silver tassie;

That I may drink, before I go,

A service to my bonie lassie:

The boat rocks at the pier o Leith,

The ship rides by the Berwick-law,

And I maun leave my bony Mary.

The trumpets sound, the banners fly,

The glittering spears are rankèd ready,

The battle closes deep and bloody.

It's not the roar o sea or shore,

It's leaving thee, my bony Mary!

Check 5 gems of the National Gallery in Edinburgh and travel through breathtaking Scottish landscapes in paintings with Mr.Bacchus.

Active volcanoes are great places to visit, but the danger of a potential eruption is always there. When some of them erupted with artists as...