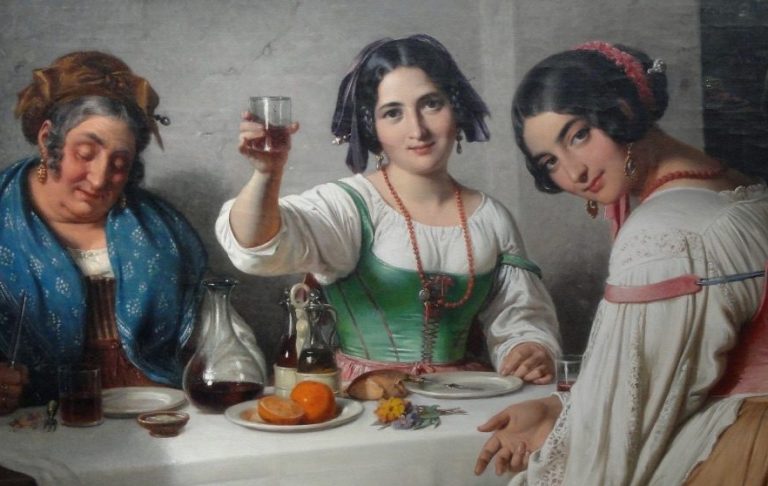 Today DailyArt Magazine celebrates its 6th birthday! Since then, we have been providing you with a daily dose of art, knowledge and beauty! Our articles are prepared by our excellent writers, editors and proofreaders who share a lot of heart and art historical knowledge with our dear readers. We are so grateful to all of you! To properly celebrate this special date, we present to you a list of the 10 most popular DailyArt Magazine articles this year!

1. Jo van Gogh-Bonger: The Woman Who Made Vincent van Gogh

Everyone knows van Gogh’s Starry Night, or his Sunflowers, or that he cut off his ear. The name of Vincent van Gogh is now a household name, synonymous with color, drama, and genius. This is why it is astonishing to think that, at the time of his death in 1890, Vincent had only ever sold one painting, there was only ever one article published about him, and he had exhibited at just a couple of shows. How, then, can one explain Vincent’s posthumous fame, his popularity, and the fact that his paintings now sell for millions upon millions of dollars? Vincent—and the world—owes it all to a woman named Jo van Gogh-Bonger. Without Jo, there would be no Vincent. Read her story.

We all have family treasures, those mementos that matter to us so much because of their sentimental value and memories associated with them. Now, imagine – and I know it is a stretch – that you are a princess. As a child, you go through your grandmother’s jewelry box (or in that case probably a vault) and you discover tiaras. Shiny, sparkly and beautiful, but also further embellished with all those tales of the weddings and balls they’ve been worn to!
Let’s take a look at some most amazing, beautiful tiaras worn by royals, and hopefully, this selection will inspire you to go through your own family treasures and listen to the stories associated with them.

3. The Victorians: An Unexpected World of Erotica and Pornography [18+]

The subject of erotica is vast. Even reduced to only the Victorian world of erotica, it’s a challenge to write about in the space of an article. Really, it’s more the stuff of a book, and indeed many books have been written on the subject! Erotica is tied up with so many other major subject areas: feminism, ocularism, the scopic consumption of the human form, voyeurism, immorality, domestic virtue, and pornography, to name a few. These and many more conspire to make erotica a much more complex visual form than it might at first seem to be. Let’s concentrate then on sampling some of the images of the era as voyeurs in our own right. However, be warned: some of these images really are explicit!

4. Paintings in the Movie “The Accountant”

The Accountant is a 2016 action thriller starring Ben Affleck, Anna Kendrick and J. K. Simmons, and is directed by Gavin O’Connor. It centers on the character of Christian Wolff, a man who has high-functioning autism. He also happens to be a deadly assassin, as well as a brilliant accountant. Sounds like fun right? It certainly is! Wolff accepts payment in goods as well as cash, which sometimes extends to fine art. Paintings in the movie The Accountant include Woman with a Parasol and Small Child on a Sunlit Hillside by Pierre-Auguste Renoir, Free Form by Jackson Pollock and A Friend in Need by Cassius Coolidge. All three paintings have enormous real-world fiscal value, but within the context of the film their value is also symbolic.

5. The Unbelievable Story of Killer Rabbits in Medieval Manuscripts

If you ever watched Monty Python and the Holy Grail, you probably remember the scene when the vicious killer bunny (which, as we remember, is a DYNAMITE!) attacks King Arthur and the knights. And as it may look random, ridiculous, and surreal like many other scenes by Monty Pythons’, it actually has some roots in the dark, mysterious history of medieval manuscripts. So, ladies and gentlemen, here we present to you: the killer rabbits. And I must warn you – there will be blood.

Ukiyo-e art, pictures of the “floating world” are famous among those interested in art history. Everyone knows Hokusai’s The Great Wave off Kanagawa. Ukiyo-e also became very popular among artists from the second half of the 19th century. With their colors, clear lines, and composition, they influenced artists such as Édouard Manet, Henri Toulouse-Lautrec, Vincent van Gogh, and the Impressionists. However, there is one type of ukiyo-e that isn’t presented as often as 36 Views of Mount Fuji. It’s the type that surprised western visitors to Japan when they discovered it. The type that was characterized by a seemingly relaxed attitude to nakedness and sexuality. It’s Shun-ga, which in Japanese means “spring pictures.”

8. 15 Cats in Art History Every Cat Lover Would Love

I have collected 15 of the most purrific cats in art history that every cat lover would want to put on their wall. In some of these pieces, the cats play the central role while in others they are just there, but we all know that in reality cats always play the main role because they rule the world. Enjoy!

Everyone knows The Great Wave off Kanagawa, the print created by the Japanese ukiyo-e artist Katsushika Hokusai. But not everyone knows that The Great Wave comes from a series of 46 prints, depicting the views of Mount Fuji from different locations in various seasons and weather conditions. Actually, in the beginning, Hokusai created only 36 prints but the series became so popular that he added another 10. Today we want to show you six of the most interesting (in our opinion of course) prints from the series Views of Mount Fuji.

We wanted to focus on something extraordinary and show you 7 of Van Gogh’s paintings you’ve probably never seen. Everyone knows Starry Night, and here we want to go beyond that. These pieces are not typical for his oeuvre and probably this is the reason why they are not that popular. Enjoy!

Dear DailyArt Magazine Reader, On August 22nd, 2012, on App Store and Google Play, we published the first version of the DailyArt app. This free iOS...

In DailyArt app, we always wanted to promote art that is amazing, but not very widely known. Because of multiple reasons, art created by women...

So, it happened. 10 years ago we launched the DailyArt app – a small mobile app which started everything. Aiming to give joy, inspiration, and a...

As an art lover I always regret that I will never own a gallery of all the masterpieces which I admire most. But to be honest, I think it is a good...