Vincent van Gogh, The Starry Night (Painting Of The Week) 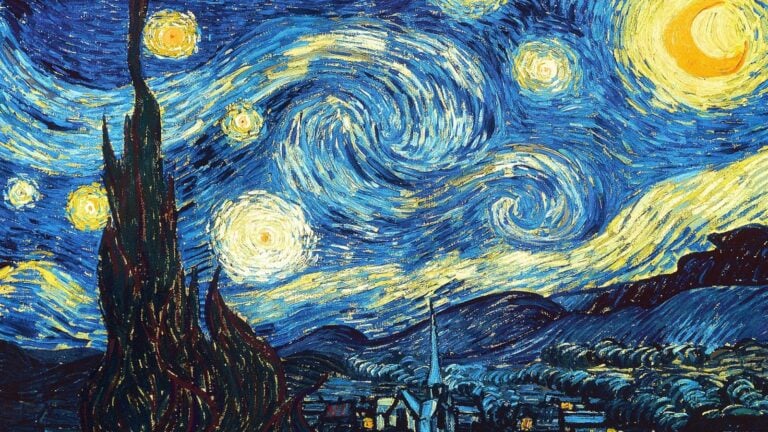 The Starry Night by Vincent van Gogh is one of those iconic painting everyone recognizes. But not everyone knows it's story! Today we will try to answer all your questions regarding The Starry Night. “This morning I saw the countryside from my window a long time before sunrise, with nothing but the morning star, which looked very big,” wrote van Gogh to his brother Theo, describing his inspiration for the painting. The window was in the Saint-Paul asylum in Saint-Rémy, in southern France, where he sought respite from his emotional suffering. [caption id="attachment_2648" align="aligncenter" width="620"] 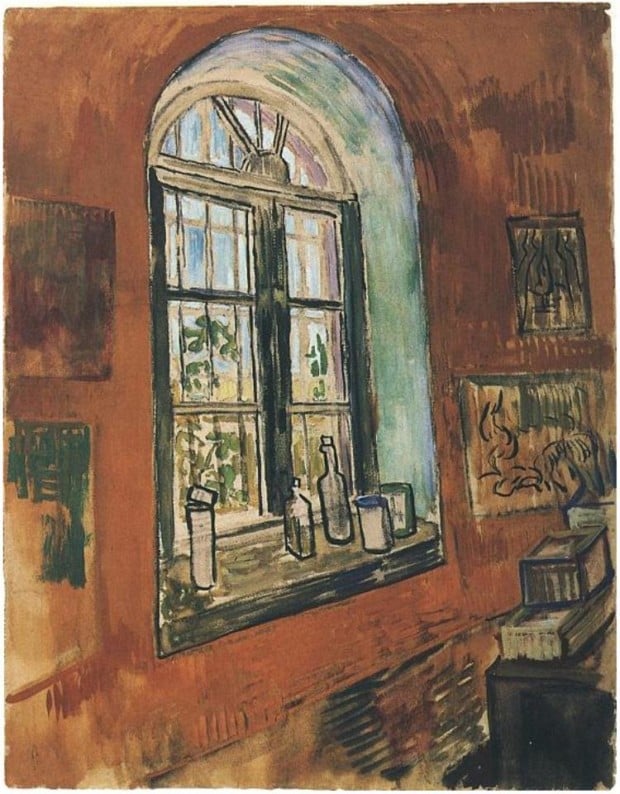 Vincent van Gogh, Window of Studio at the Asylum, 1899, Van Gogh Museum, Amsterdam[/caption] Interesting that van Gogh never considered "The Starry Night" to be a good painting. He wrote to Theo, "All in all the only things I consider a little good in it are the Wheatfield, the Mountain, the Orchard, the Olive trees with the blue hills and the Portrait and the Entrance to the quarry, and the rest says nothing to me." [caption id="attachment_2645" align="aligncenter" width="620"] 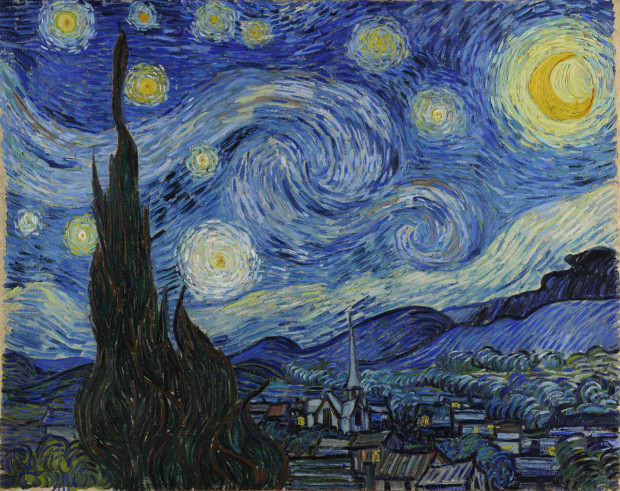 Vincent van Gogh, The Starry Night, 1888, Museum of Modern Art, New York[/caption] Van Gogh depicted the view at different times of day and under various weather conditions, including sunrise, moonrise, sunshine-filled days, overcast days, windy days, and one day with rain. The hospital staff did not allow Van Gogh to paint in his bedroom, but he was able to make sketches in ink or charcoal on paper, and eventually he would base newer variations on previous versions. The Starry Night is the only nocturne in the series of views from his bedroom window. [caption id="attachment_2646" align="aligncenter" width="620"] 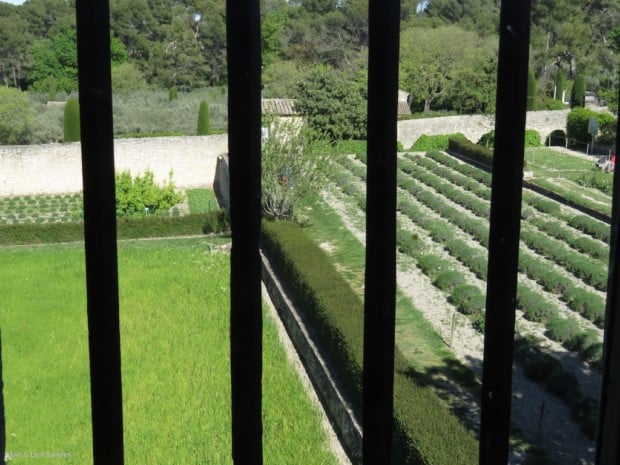 Van Gogh's window in an asylum[/caption] The Starry Night is based on van Gogh’s direct observations as well as his imagination, memories, and emotions. The steeple of the church, for example, resembles those common in his native Holland, not in France. The whirling forms in the sky, on the other hand, match published astronomical observations of clouds of dust and gas known as nebulae. The hallucinatory character of the painting and its violently expressive form created its eternal legend. [caption id="attachment_2647" align="aligncenter" width="620"] 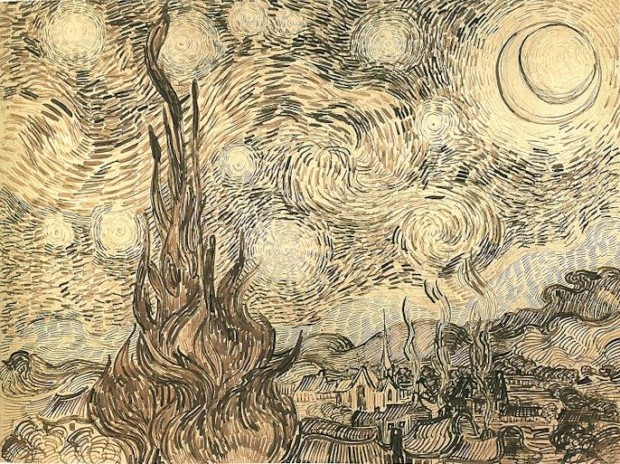 The drawing Cypresses in Starry Night, a reed pen copy executed by Van Gogh after the painting in 1889. Originally held at Kunsthalle Bremen, today part of the disputed Baldin Collection[/caption] The dark spires in the foreground are cypress trees, plants most often associated with cemeteries and death. This gives a special significance to this van Gogh quote, "Looking at the stars always makes me dream. Why, I ask myself, shouldn't the shining dots of the sky be as accessible as the black dots on the map of France? Just as we take the train to get to Tarascon or Rouen, we take death to reach a star." [caption id="attachment_2651" align="aligncenter" width="560"] 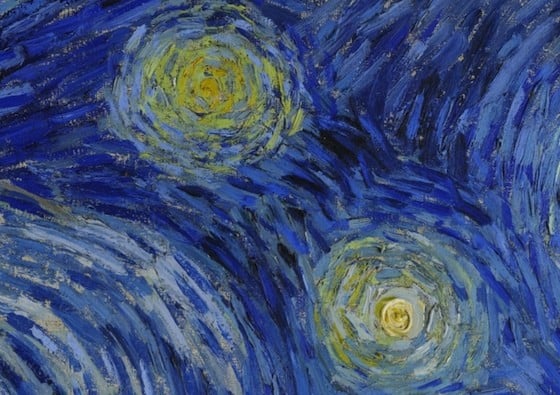 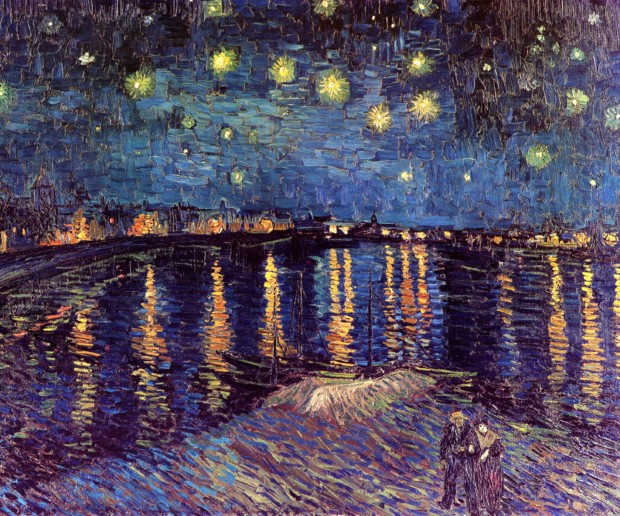