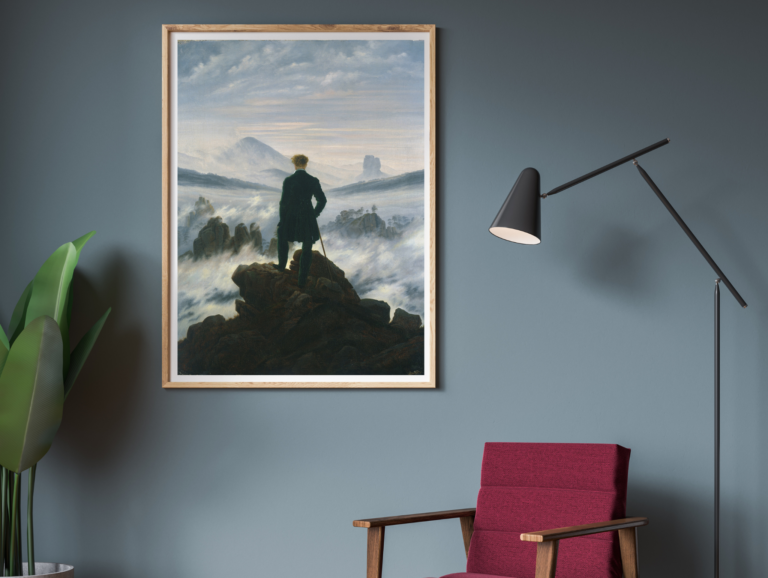 What if you could hang a masterpiece on your wall?

5 Best DailyArt Magazine Articles as Selected by Our Readers

As an art lover I always regret that I will never own a gallery of all the masterpieces which I admire most. But to be honest, I think it is a good thing – in public museums they can be admired by millions of people, not only by me and the guests in my house. To address the awful problem of not being a filthy rich private collector who could buy the most magnificent art collections in the world, we decided to launch DailyArt Prints. Yes, an online shop where we offer prints of famous masterpieces, printed in amazing quality on the most luxurious papers with professional pigments, the detailed finish is way above the standard of mass-produced posters. They are worth their price (which is not low, but their quality is truly hardcore). Here are DailyArt’s favorite paintings from the DailyArt Prints collection which we would love to see on our walls – and we made this dream come true!

Just to let you know – from November 24th to December 1st we celebrate Black Friday Week and all prints will be available for 15% off their regular price. Check them out here.

Van Gogh, probably the most famous artist in the world (or in the top 3) must have found his place here. He painted this famous still life in the psychiatric hospital in Saint-Rémy, after several episodes of self-mutilation and hospitalization. There, in the year before his death, he created almost 130 paintings. The Dutch artist often painted to keep himself from going insane, and this painting was one such creation, born from the necessity to keep his mind engaged. He worked on Irises in the asylum’s garden.

Each of the irises in the painting is unique. The artist carefully studied their movements and shapes to create a variety of curved silhouettes bound by wavy, twisting, and curling lines.

2. Caspar David Friedrich, Wanderer above the Sea of Fog

Every sensitive soul will cherish this painting, one of the greatest icons of Romanticism. In the foreground, a young man stands upon a rocky precipice with his back to the viewer. He is wrapped in a dark green overcoat and grips a walking stick in his right hand. His hair caught in the wind, the wanderer gazes out on a landscape covered in a thick sea of fog. In the middle ground several ridges, not unlike the ones the wanderer himself stands upon, jut out from the mass. Through the wreaths of fog, forests of trees can be perceived atop these escarpments. In the far distance, faded mountains rise to the left, gently leveling off into lowland plains on the right. Beyond this place, the pervading fog stretches out indefinitely, eventually commingling with the horizon and becoming indistinguishable from the cloud-filled sky.

What is he thinking about? The future? Or the past?

Check the DailyArt print with the Wanderer here.

3. Pieter Bruegel the Elder, The Tower of Babel

For anyone who loves looking at the details in the paintings, Bruegel’s masterpiece would be a perfect fit. The story of the Tower of Babel is told in the book of Genesis. Babel was the first city built by the descendants of Noah after the Great Flood. Their conceited leader, Nimrod, planned to build a tower of bricks and lime that would reach the heavens, thereby acting against God’s will that the earth and heaven should remain separate. God condemned these ambitious, vain plans and confounded the Tower’s construction. He divided what was once a nation with one language into numerous tribes spread across the face of the earth, each speaking a different language. From then on, the different peoples lived in a “confusion of tongues.”

In Bruegel’s painting, in encyclopedic detail, he depicts countless technical and artisanal processes. He has blended elements from antique and Romanesque architecture in the stone structure around the building’s exterior. This classic Renaissance masterpiece is so detailed that you can look at it endlessly.

Check the DailyArt print with the Tower of Babel here.

Who doesn’t love Leonardo da Vinci? The subject of this famous portrait is Cecilia Gallerani, painted when she was the mistress of Ludovico Sforza, Duke of Milan, and while Leonardo was in the Duke’s service. It is one of only four portraits of women painted by Leonardo. Cecilia was from a large family that was neither wealthy nor noble. Her father served for a time at the Duke’s court. When this portrait was painted she was about 16 years old and was renowned for her beauty, scholarship, and poetry. She was married to a young nobleman of the house of Visconti around the age of six, however she sued for annulment in 1487 for undisclosed reasons and the request was granted. She became the Duke’s mistress and bore him a son, even after his marriage to Beatrice d’Este 11 years prior. Beatrice was promised to the Duke when she was only five and married him when she was 16 in 1491. A few months after the wedding, she discovered that the Duke was still seeing Gallerani and forced the Duke to end the relationship by having her married off to a local count named Bergamino.

Check the DailyArt print with the Lady with an Ermine here.

The Great Wave off Kanagawa is one of the most famous works of art in the world. Also known as The Great Wave or simply, The Wave, it is a woodblock print by the Japanese Ukiyo-e artist Hokusai. The picture presents a rather dramatic scene: a huge wave is looming over three tiny, long, slim boats cramped with fishermen. Further, Mount Fuji is seen in the background – very small and peaceful – untouched by the drama unfolding in the sea a few dozen miles away. At first look, the viewer may think the humans in their tiny boats are doomed to perish in the sea but they probably won’t. The fishermen do not look panicked. On the contrary, they seem to be manning their oars with full diligence. They are depicted as if they are experienced and know how to overcome such a situation. These slim, swift boats were used to transport fresh fish from nearby fishing villages to the markets of Edo (today Tokyo). Edo at that time was one of the largest cities in the world, presumably number two after London. So one can imagine the huge amounts of fresh food that needed to be transported to the Japanese capital every morning to feed an estimated population of more than one million.

Check the DailyArt print with The Great Wave here.

This article may look like a cheap advertisement but what we wanted to do here was to give a shout to our new DailyArt Prints project with prints which were created to make great art history masterpieces even closer to us. What sounds better than to have an amazingly printed reproduction of a beloved artwork hang on your wall? Now, until December 1st during Black Friday Week with a 15% off promo, it can make a perfect gift for you or your loved ones for Christmas.

Check them out here!

Plague in Art: 10 Paintings You Should Know in the Times of Coronavirus

As the coronavirus is spreading around the globe we want to show you how artists depicted plague in art in times when plagues were really deadly. I...