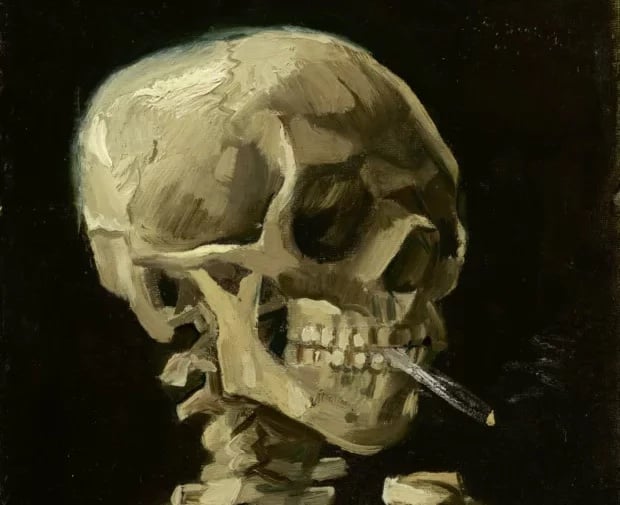 Today, we wanted to focus on something extraordinary and show you 7 of Van Gogh’s paintings you’ve probably never seen. Everyone knows Starry Night, and here we want to go beyond that. These pieces are not typical for his oeuvre and probably this is the reason why they are not that popular. Enjoy!

In 1886, Vincent van Gogh arrived to Paris, where he became acquainted with the Impressionists. His palette here is so different from the one we know from The Potato Eaters. But the realism of that painting is visible also here – the nude is not exactly an idealized beauty. She is painted rather roughly, her face, in particular, is barely developed beyond a sketch. Van Gogh made three other similar nudes, a pencil drawing and two paintings. The same model appears to have posed in all the works. This is probably Agostina Segatori, owner of the café Le Tambourin on the Boulevard du Clichy, with whom Van Gogh had a brief relationship.

In the summer of 1882, Van Gogh was able to buy his own oil paints for the first time, thanks to a financial bonus from his brother Theo. This is one of the first paintings he created then. Van Gogh remarked at how much he enjoyed the work and explained how he wished to trigger the audience’s senses and how they may experience the painting:

The other study in the wood is of some large green beech trunks on a stretch of ground covered with dry sticks, and the little figure of a girl in white. There was the great difficulty of keeping it clear, and of getting space between the trunks standing at different distances – and the place and relative bulk of those trunks change with the perspective – to make it so that one can breathe and walk around in it, and to make you smell the fragrance of the wood.

What’s interesting is that Van Gogh’s paintings were often painted on his knees – which is apparent from the low perspective. Also, research has shown that pieces of oak leaves from the forest floor have become lodged in the paint.

3. The Dance Hall in Arles

This Van Gogh painting shows an evening at the Folies-Arlésiennes, a dance hall on Boulevard des Lices in Arles. It was created in mid-December, when Van Gogh worked again with Paul Gauguin. The two men dreamt of founding a “studio of the Midi” but quickly Van Gogh’s character was too intense for Gauguin. Anyway, Gauguin’s influence is clear here, as Van Gogh scrupulously applied the principles of cloisonné frequently used by his friend. The reference to Japanese art is also evident, with the unusual elevation of the horizon and in the strange, decorative foreground where the curves and counter curves of the hair are dominant.

4. The Raising of Lazarus (after Rembrandt)

Copies were an important group of paintings created between 1887 and early 1890. While resting at Saint-Paul asylum in Saint-Rémy-de-Provence, Van Gogh did more than 30 copies of works by some of his favorite artists. As you can see, he didn’t replicate the paintings, he translated the subject and composition to his own language. In The Raising of Lazarus (after Rembrandt), Van Gogh drastically trimmed the composition of Rembrandt’s etching and eliminated the figure of Christ, focusing on Lazarus and his sisters. Some art historians say that the likenesses of the artist and his friends Augustine Rouline and Marie Ginoux may be detected in their countenances. Van Gogh had just recovered from a lengthy episode of illness, and he may have identified with the miracle of the biblical resurrection, whose “personalities are the characters of my dreams.”

Van Gogh created various sketches of this subject. This Van Gogh painting was created before them, during his stay in Paris. It features an aspect of realism. Van Gogh also painted other sculptures.

6. Head of a Skeleton with a Burning Cigarette

Van Gogh created this rather macabre painting while he was at the art academy in Antwerp. It was probably painted as a humorous comment on conservative academic practices – before painting live human models, the academic routine would have included studies of skeletons, to develop an understanding of human anatomy, and Van Gogh was bored to death with it. It is also considered a vanitas, or memento mori, at a time when Van Gogh himself was in poor health. Although often interpreted as a criticism of smoking, Van Gogh was a keen smoker himself and continued to smoke until his death in 1890.

Van Gogh was a great admirer of Japanese art. He wrote to his brother Theo:

Just think of that; isn’t it almost a new religion that these Japanese teach us, who are so simple and live in nature as if they themselves were flowers?

The artist altered the original colors of the prints and added borders filled with calligraphic characters he borrowed from other prints.

A glimpse into the life of the Welsh daughter who ran away to Paris to paint. Let us follow Gwen John in Post-Impressionist Paris. Gwendoline Mary...