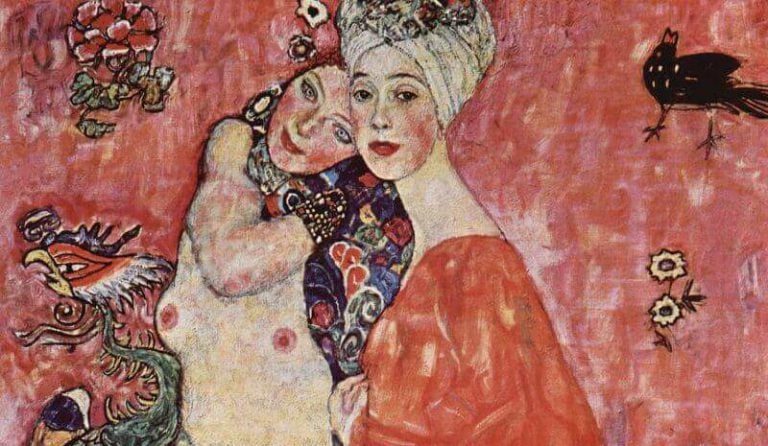 Lesbian love and sex is an often hidden part of humanity. Furthermore, it seems like it was always so. However, there are few examples from the earliest times of history which show it is a part of human nature.

Lesbian Love in the Classical Period

Throughout most of history and in many cultures women were second-class citizens. Therefore, the biggest problem with the early depictions of lesbianism is that it was men who made it. As a result, we don't really know what the women were feeling and experiencing.

Also, Sappho lived in this period. Sappho was an Archaic Greek poetess from the island of Lesbos (from there the term lesbianism comes). Historians still discuss her sexuality. Still, according to her works, she was familiar with same-sex relationships. This is why later in history she was a huge inspiration for depicting lesbian love and sex.

In the Roman Empire, paiderastia and lesbianism were not at the same level of acceptance. Obviously, it was because of the strictly defined gender roles. On the other hand, the Bible condemned strongly both male and female same-sex relationships from the earliest days.

On the Other Side of the World

The cultural view on lesbian love and sex may be much different on the other side of the world. There are many lyrical and beautiful depictions of lesbianism to be found in old books.

The Middle Age and Renaissance didn't have any relevant works. However, from the 18th century, lesbian love became more culturally visible. Many artists, mainly male, depicted female lesbian relations and in this way expressed their opinion on lesbianism.

I will start with a masterpiece by Gustave Courbet. Courbet was famous for rejecting social norms and traditional views. He liked to show the bare truth, even if it would cause criticism. For example, one of his most controversial works is the one above, The Sleepers. It even was not allowed to be exhibited publicly until 1988.

Opposite to Coubert, who openly and uncensoredly spoke up about lesbianism, was Auguste Rodin. Rodin created many artworks on the theme of lesbianism, which in his times was considered a mental disorder. The purpose of his works was to shock in order to highlight the dangerous nature of lesbian affection. For example, this work above was never exhibited during the artist's lifetime due to its “blatant homoeroticism”.

Lesbian Love in the Modern Period

Here we come to the chronicler of Paris social life, Henri de Toulouse-Lautrec. He used to spend a lot of time in brothels, sometimes he even lived in them. It was while painting his friends, prostitutes in brothels, that he witnessed lesbianism first hand. The women he painted were often having romantic and sexual relationships with each other. Consequently, his works sometimes show a strong emotional bond between lovers.

Another artist who spoke openly about sexuality in his works is Klimt's student, Egon Schiele. He had a unique way of shaping the human body. That is to say, in many works, he shows passion, attraction, and longing between two female bodies. Therefore, at the time, many found his work explicit and disturbing.

And for the end, a piece made by Gerda Wegener. Wegener was a Danish fashion illustrator and painter of lesbian erotica in the 1930s. She also created probably the only same-sex female erotica that was actually made by a woman, an illustration for the 1925 poetry book Les Délassements de l’Éros.

Today we finally have female artists speaking about lesbian relationships in all possible ways. The purpose is mainly to challenge the status quo of the LGBT+ community and demystify female lesbian sexuality. For example, some of the more famous names are Claude Cahun, Jill Posener, Laura Aguilar, Tee Corinne, G. B. Jones, Della Grace Volcano, and Zanele Muholi.

Would you like to read more about erotica art? Make sure to check out: 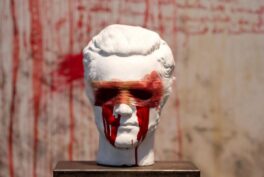 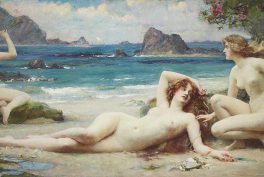 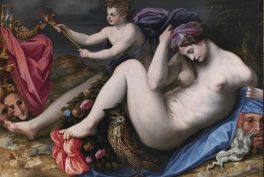 The Best Boobs in Art History

Big ones, small ones, round ones, flat ones, pointy ones, pendulous ones, young ones or old ones, we love them all! Boobs are important and have been... 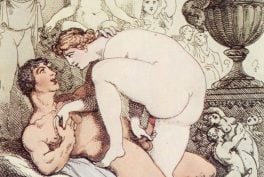 The subject of erotica is vast. Even reduced to only the Victorian world of erotica, it's a challenge to write about in the space of an article.