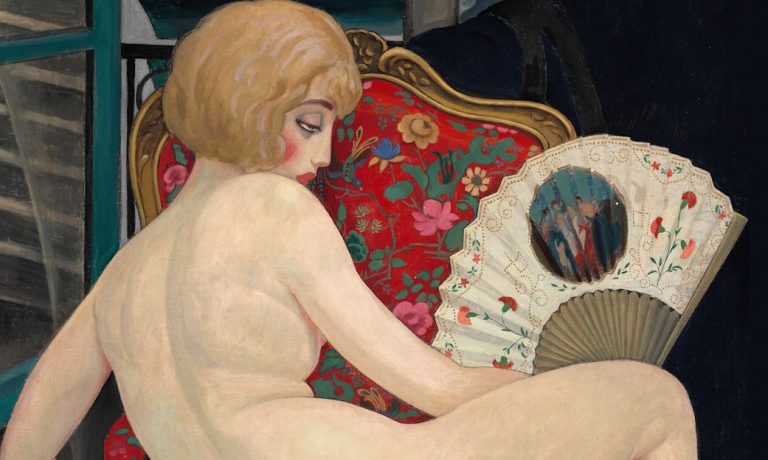 Today Gerda Wegener is best known for feminist art and portrayal of lesbianism. She was also married to Einar Wegener, who after the sex reassignment surgery became the first known transgender female artist, Lili Elbe. Their marriage was later dramatized in David Habershoff’s 2000 book The Danish Girl and in the 2015 movie by the same name.

Wegener was born Gerda Marie Fredrikke Gottlieb in the village of Hammelev, Denmark in 1886. As a teenager, she attended the Royal Danish Academy of Fine Arts. There she met and later married fellow, artist Einar Wegener when she was 19 and Einar was 22. After graduating from art school, she worked as an illustrator for various fashion magazines, including Vogue.

The Emergence of Lili

Wegener’s art regularly featured elegant and high-class women in luxurious clothes, often pictured enjoying their wealth. When one of Wegener’s female models had to cancel at the last minute, Einar donned women’s clothing and posed for her instead. He discovered he enjoyed dressing as a woman, later adopting the name Lili, and became one of her favorite models.

In 1912, the couple left conservative Copenhagen and moved to Paris where Einar began openly living as Lili Elbe. Wegener started taking risks with her own art as well, creating sexually explicit images of beautiful women.

In the 1930s, Lili Elbe underwent sex reassignment surgery, one of the world’s first documented cases of the procedure. After the surgery became public, the king of Denmark annulled Gerda’s and Lili’s marriage. The two remained close until Elbe’s untimely death in 1931 during her fourth and final surgery.

Although Gerda Wegener did win a few prizes in her lifetime (she won first prize in a 1908 competition whose theme was the “feminine ideal,” for example) as well as two gold medals at the 1925 World Fair in Paris, at the time of her death in 1940 her work had largely fallen out of favor. Like many female artists who lived outside the boundaries of middle-class society, her work didn’t receive the critical acclaim it justly deserved until several decades after her death. In 2016 the Arken Museum of Modern Art in Copenhagen celebrated Wegener with the largest exhibition of her work to date.