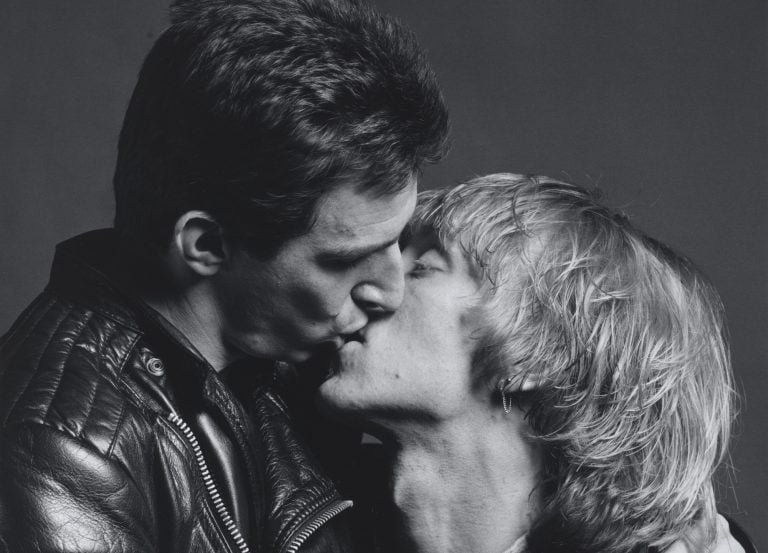 Homosexuality is still an underrepresented topic in art historical discourse. Since our magazine stands for inclusivity, we strive to present to you works that might be omitted in a traditional art history course. We have a feature about lesbianism, today it’s time for male homosexuality in art. Ready?

Warren Cup, named after its first modern owner, depicts a typical Roman banquet scene: probably an older, or more experienced man, engages in sex with a beardless younger man. Such practices were very common in Roman high society. Older men picked adolescent boys to mentor, and educate them in the art of loving and living. They would grant political influence in return for physical pleasures. Firstly, they would all participate in a feast, eat and drink (from cups like this one), the young boys entertaining the older men with their singing, dancing and recital of poetry (you can see the lyre on the left). Homosexuality was so much part of everyday life to the extent that the Romans didn’t even have a word for it.

Not So Holy Middle Ages?

With the growing power of the Catholic Church, the approach to homosexuality completely changed. Same sex relationships were condemned as violating the natural order decreed by God; which explains why Dante included the “sodomites” in the 7th circle of Hell, together with violent people. In Dante’s day, however, male-male relations, often between a mature man and an adolescent, as in ancient Rome, were very common. Apart from the eternal fire which was promised to the sinners, earthly penalties ranged from confiscation of property to capital punishment.

The Renaissance of Sexuality

I had to mention Caravaggio, probably the most famous suspected gay artist. The distinguished Caravaggio scholar Howard Hibbard stated that “Whether Caravaggio was essentially or exclusively homosexual is far from certain” but what is certain is that he inserted many homoerotic hints into his paintings “to tear away [Leonardo’s and Michelangelo’s] idealizing mask” from male nudes to expose (in such works as Victorious Cupid and St. John the Baptist with a Ram) “the true source”, as Hibbard put it. Michelangelo was gay too, and we have written evidence to support this claim: his love letters and poems to Tommaso dei Cavalieri.

It was really difficult to find any explicit visual evidence for 17th-19th century male homosexuality art. As with lesbianism, the influence of the Counter-Reformation, the Inquisition, and later the prudery and Victorian convenance were too overwhelming. Artists had to limit their artistic license to homoerotic hints in history (the figure of Ganymede) or religious painting (the recurring motif of Saint Sebastian), and with, usually underground, distribution of prints. This print illustrates the so-called “Molly house”, which was an 18th and 19th century English term for places where homosexual men would meet.

The 20th century witnessed a real revolution. Not only did artists decide to come out of the closet, they also openly spoke about male homosexuality art. This doesn’t mean it was easy. Artists like Will McBride or Robert Mapplethorpe had to fight institutionalized censorship of their art in galleries, as well as having to overcome many legal obstacles.

The 1960s was a decisive decade for the entire LGBTQ+ movement. The watershed moment was most probably the Stonewall riots of 1969, which took place in the USA. Then, in the 1980s artists felt a social mission to raise awareness about the AIDS crisis, and the continued fight for equal rights. These events marked a shift towards making queer people more visible in mainstream society and culture and less marginalized in public and political discourse.