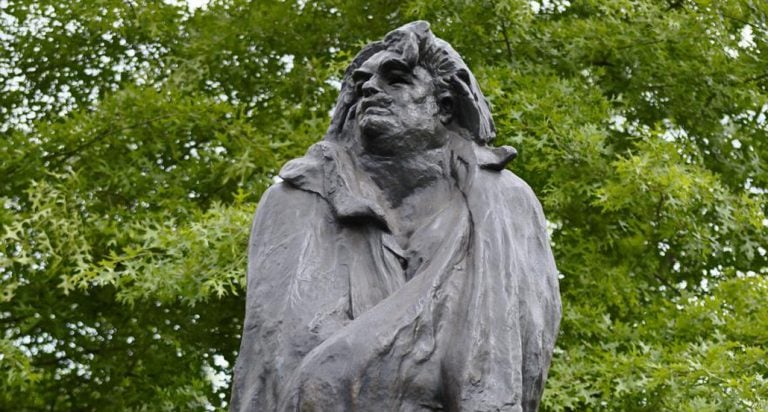 5 Sculptures by Auguste Rodin You Should Know

Honoré de Balzac (1799-1850) was one of the founders of the Societé des Gens de Lettres. He died in 1850 and the members of the society felt the urge to honor him with a monument. Auguste Rodin (1840-1917) was not the first one considered for this prestigious job. There were four candidates before him, the first one died, and the other three had already submitted their projects, but it was Emile Zola, a recently elected president of the society, who pushed for Rodin who in the mid-1880s was still awaiting his incoming fame.

Rodin promised to make the sculpture in 18 months, but it took him seven full years to complete it. He traveled to Tours, Balzac’s native town, to study local physiognomies, and he also read his works. He wanted to show that Balzac was above all a creator. And as the legend has it, Balzac used to work in a monkish dressing gown…

Yet, to be frank, it took Rodin so long to finalize the project because he kept on changing his mind, and his design continuously evolved (from nudes with very obvious phallic imagery to more subtle sketches…). With time, he eventually distanced himself from realistic representation to lean towards psychological truth which would capture the essence of Balzac’s greatness.

Finally, in 1898, Rodin showed the plaster cast of the design to the commission from the society. They rejected it, calling it grotesque. Its interpretation of might was too modern and people were not ready for it as the public called it “a block of salt caught in a shower”. Rodin felt personally offended and said:

The Balzac statue is the logical development of my artistic career. I take entire responsibility for it.

He took it away from Paris and kept it at home. It wasn’t until 1939, shortly before the war, that Paris was ready for Rodin’s Balzacs, some of the first genuinely modern sculptures. Rodin did not make it to see it, as he died in 1917.