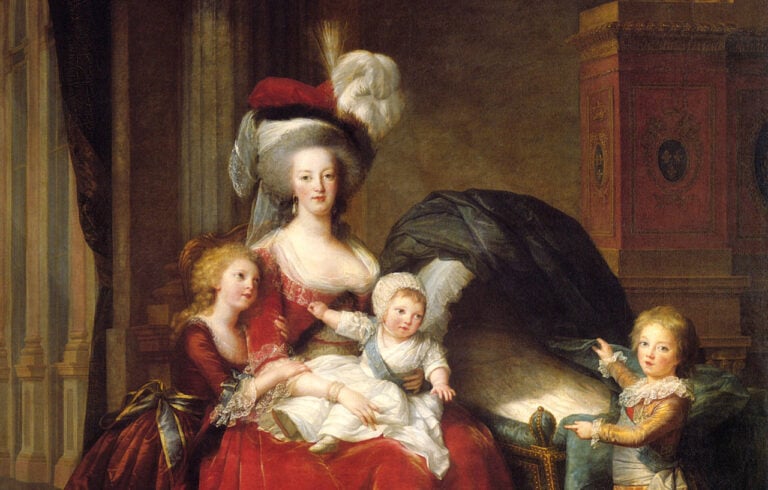 How to look great? That is the question! Let’s refer to the most splendid and opulent period of history: the 18th century. The Enlightenment era was likely the first feminist wave because of the powerful women who came up to the political stage and turned it into theatrical performance. Let us present five archetypes of 18th century female rulers: Diana, Minerva, Venus, Madonna, and Amazon. Read our Rococo Women Beauty Guide!

Diana the Huntress is the most common character of 18th-century portrait archetypes. This beautiful and powerful goddess is able to charm every man. Madame de Pompadour fit this role perfectly! In March 1745 Jeanne Poisson met the King of France, Louis XV for the first time. She was clothed as Diana at the ball and her arrow struck the King’s heart precisely. What a great prey, Jeanne!

Minerva is the Roman goddess of wisdom and a patron of art. In the Russian Empire portrait painting was not only amusement, but also a means of political propaganda. There are lots of allegorical paintings of Catherine the Great made by both Russian and foreign artists. It was really desirable for her when diplomats called her the “Northern Minerva”. All the depictions of Catherine’s reign aimed to show the empress as a wise and fair ruler.

Russian empress Elisabeth I of Russia had the fame of a “Government Venus” of the Romanov dynasty. Nobody denied the perfection of her features and her figure. Her beauty charmed young men who loved her tenderly and faithfully. A love story of the Russian empress Elisabeth Romanova and a Ukrainian peasant, Alexei Rozumovskiy, reminds us of the Greek myth about the goddess, Aphrodite, and a mortal, Adonis. In this legend, gorgeous Aphrodite left Olympus to spend time with her lover. Just like Elisabeth who neglected her royal pride and got down on her knees in front of a peasant, Natalia Rozumovskaya, Alexei’s mother.

We know Marie Antoinette as a fashion icon of the 18th century but there are a number of paintings in which she is depicted as a mother. The role of the mother was sacred in society of that time, and for royals in particular. A queen had to give an heir to the kingdom and for Marie Antoinette this mission wasn’t completed for a long time. She gave a birth to her first child, Marie Therese (“Madame Royale”), seven years after her wedding. Revolution took away the Bourbon family except for “Madame Royale”.

Maria Theresa of Austria learned of her unique destiny from the very beginning of her life. The only successor to the Austrian throne, she turned the prejudices about women in politics upside down. Even her the greatest rival, German King Frederick the Great, said after her death:

“The death of Queen-Empress is regrettable for me. She honored the trone and her gender. I never was her enemy ”

King Frederick the Great, from the letter to D’Alembert, 1780. JStor.

In the Nattier painting, Madame de Pompadour (Diana) wears a simple white dress. Her fair, white skin is luminous, most of her body is visible to spectators. It is unclear why, but her ordinary appearance charms us at the first sight. So simple and so magnetic! Diane is belted with cheetah fur.

Catherine the Great (Minerva) is clothed in more smart Greek dress than Diana. Generally, the Russian empress preferred simple dress unlike other female royals of 18th century. By the way, white was her favorite color. In her memoirs she mentioned a white dress with less diamonds and pearls. Through the simplicity of its design, Catherine became the prettiest star that evening. Such a person was Catherine, she kept restraint while young. In her advanced age later on she decided to decorate herself with innumerable diamonds.

Elisabeth I of Russia (Venus) had a huge wardrobe. Historians calculated that 15, 000 dresses belonged to the empress. Each dress deserved to be called a masterpiece. This is because they were made of the best fabrics, hundreds of pearls, and diamonds. She never wore the same attire twice and banned aristocrats to visit balls in worn dress. For instance, Elisabeth ordered to mark visitors’ attire before a ball. The dress should been fancy but not more so than the empress’. And God help that poor woman who dared to wear the same dress or accessories as the empress. Once at a ball Elisabeth saw a woman, the beautiful Natalia Lopukhina, wearing the same rose as empress had in her hair. The furious sovereign took scissors and cut the rose off her rival’s hair!

The style of Marie Antoinette became a common noun that reflects the French aesthetic. The adjective “rebellious” fits Marie Antoinette’s attitude towards fashion perfectly. At the beginning of her life in Versailles, she had an obsession with opulent dresses decorated diamond, pearls, and feathers. Later the queen changed her style in favor of more simple dresses. Just remember this muslin dress!

Maria Theresia (Amazon) fascinated her contemporaries with her grace and the greatness of her figure. She wasn’t really into fashion but her costumes were opulent and met the requirements of government fashion. For example, in the painting of Maria Theresia as queen of Hungary, she wears St. Stephan’s crown and holds a scepter in her right arm. Actually, the Hungarian crown is the only crown with the status of being “sacred”! On her left you can see the globus cruciger and a sword – both symbols of Hungarian royal power. The empress is clothed in Hungarian-style dress, lavishly decorated with numerous pearls and diamonds. Interestingly she wears the same robe in all of the paintings in which she is depicted as the queen of Hungary!

In our Rococo Women Beauty Guide, it is also the details which make your style. In the Portrait of Elisabeth of Russia flowers are tools of messaging. Above Elisabeth’s head you can see a sunflower, symbol of royal power. The sunflower turns towards the empress like they do towards the sun.

The next flower that dominates in the painting is the rose, queen of flowers. In Renaissance style the rose is attributed to Venus because of its beauty and lovely fragrance. Also thorns reflect the pain of love. Interestingly color also can tell us a lot. For instance, a red rose is a symbol of love and passion, pink is for elegant ladies of advanced age, yellow is for a stroke of luck, and white reflects divine perfection.

Poppies are flowers of blossoming beauty for which Elisabeth was famous. Carnations and passion-flowers are symbols of royal origins.

In the 18th century portraits defined the development of the fine Arts. Theatrical plots displaced reality, creating sacral images of royals. The Portrait of Catherine the Great as Minerva by Stefano Torelli was created in honor of the Academy of Arts gaining Imperial status in 1764.

Little putti (figures of male babies in artworks) carry stars and medals of the Academy of Art on blue ribbons above Catherine’s head. Two female figures on the left are allegories of War and Peace. During Catherine’s reign Russia won a war and got the Crimean lands adjacent to the Black Sea. By all means, that was a great achievement!

The three females on the right are personifications of Painting, Sculpture and Architecture. Also give your attention to the two figures in the center: the muse of History, Cleo, and Saturn with her. This couple signifies that time has no power over Catherine’s reforms that are written in the pages of history.

Pearls are the symbol of elegance and wealth. In the 18th century they gained a lot of popularity and then were later replaced by diamonds. Anyway, pearls symbolize female innocence and purity. So it isn’t surprising that Maria Theresia’s waist is decorated with rows of pearls as she was a strict presenter of loyalty and godliness. Also medieval artists used pearls to decorate icons of St. Maria. That’s why pearls mean “innocent but fertile” just like Maria Theresia who became a mother of 16 children!

In Greek mythology pearls are related to Aphrodite (Venus) who wore pearls in her hair. Our Venus, Elisabeth of Russia, also was fond of these jewels! In Russia, pearls show the wealth of a bride. Therefore the more pearls that are on a girl’s dress the more desirable she is.

Portrait of Marie Antoinette with Children by Elisabeth Vigee Lebrun is rather informal. There is only one reference to the royal origins of family on the canvas – the French crown in the right upper corner.

The most memorable portraits of Marie Antoinette depict her as a mother (Madonna). It is hard to name other queens and empresses who posed with all their children as frequently as the last queen of France. Maybe, the reason is the absence of children in her royal family during the first seven years of her marriage.

The eldest daughter, Marie Therese (“Madame Royale”), clings to her mother looking at her with dumb adoration. The baby, Louis Charles, is sitting on his mother’s lap. Louis Joseph points to the empty bassinet signifying the recent death of Sophie Beatrice, the youngest child. Both princes have the ribbon of the Order of the Holy Spirit on their chests.

Despite the plot, the painting does not seem to be idyllic, but rather melancholic. Maybe this is because of the dramatic contrast between the unlit background and illuminated figures of mother and kids. But also pay attention to their faces – all of them are sad and too serious. Learning their tragic fate, Elisabeth Vigee Lebrun made a confession:

“I rarely made mistakes in my predictions, looking at the visage of my vis-à-vis.”

Have you enjoyed our Rococo Women Beauty Guide? Do you know any other women in art history who could give us some beauty advice?

Everything You Need to Know About Venetian Rococo Art

Venetian Rococo was an integral part of the 18th-century art-life. The period in Italian history and culture lasting from 1700 to 1799 is called as...