Élisabeth Vigée-Lebrun and the Amazing Women in Her Portraits 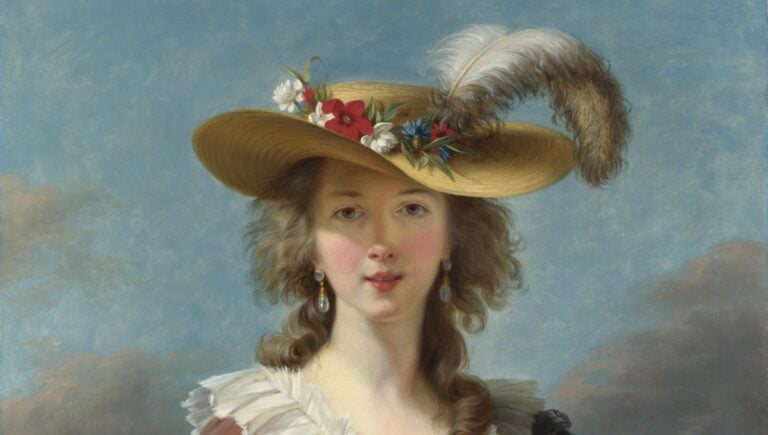 Élisabeth Vigée-Lebrun and the women in her portraits is a famous reference to every art-lover. The French painter – also known as Madame Lebrun – is considered to have placed her style somewhere between that of a Rococo and Neoclassical artist. As the daughter of a painter, the talent for painting was seemingly in her blood. Already as a teenager, she was recognized for her aptitude and soon began portraying famous people, having learned from masters such as Gabriel François Doyen, Jean-Baptiste Greuze, and Joseph Vernet.

King Louis XVI of France invited the 23-year old artist to Versailles, where she began portraying Marie Antoinette, becoming her favorite portraitist for over ten years. During a six-year period, Vigée-Lebrun created more than 30 paintings of the queen and her family, becoming the official painter of the royal family almost until their demise during the French Revolution. Thanks to Vigée-Lebrun’s delicate paintings, Marie Antoinette was able to promote an image of herself as a loving wife and mother, having been accused by critics of sexual infidelity, claims which appear to be substantiated by contemporary research.

Amongst the figures in Vigée-Lebrun’s hundreds of paintings, we can also see other royalty, writers, and influential people of the late 18th and early 19th centuries from around Europe, as she was forced to work in exile from France for many years after the revolution. Famous subjects included Poland’s last king, Stanisław August Poniatowski, as well as Aniela Radziwiłłówna and Helena Potocka. She also portrayed Comtesse de la Châtre and Princess Ana Gruzinsky-Golitsyna.

It is noteworthy that Vigée-Lebrun was one of the very few artists of her time who could support herself from her work as an esteemed and sought-after painter. During her travels, she was inducted into the Accademia di San Luca in Rome, became a member of the Société pour l’Avancement des Beaux-Arts in Geneva, and joined the Academy of Fine Arts of Saint Petersburg.

The women in her paintings are quite idealized. All look blossoming and beautiful, introduced to the public in rich colors. More than 650 portraits and 200 landscapes painted by Élisabeth Vigée-Lebrun survive.