Alexander Iolas, The Greek Patron of the Arts 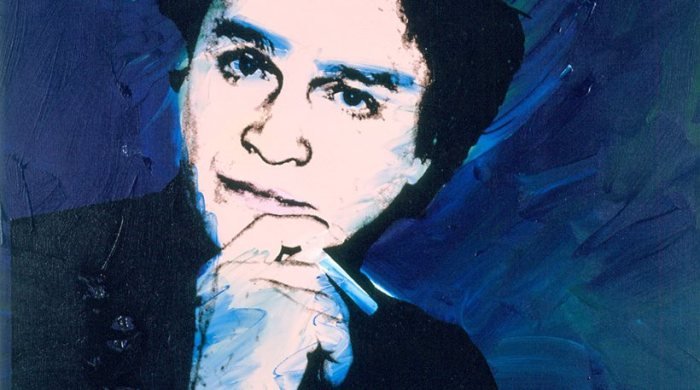 Artist and Patron – Friend or Foe?

Alexander Iolas was a very important gallerist and art collector of the second half of the 20th century. He was born in 1907 in Alexandria of Egypt as Konstantinos Koutsoudis, to a wealthy family of cotton merchants. He showed a talent for the arts from a very early age and started off with ballet. After he felt that dancing didn’t have anything else to offer him, Alexander Iolas turned to art. He managed to penetrate the art market and become friends with many important personalities in Europe and the USA. At some point, he decided to stay in Greece and build the largest art museum in the country. However, Greek society was not ready for him.

Alexander Iolas as a Dancer

In 1927, Alexander Iolas left Alexandria for Athens, where he studied dance and hung out with the high society of the city. A few years later, in 1931, he moved to Berlin, where he became friends with Kyra Nijinsky, daughter of famous dancer Vaslav Nijinsky. Two years later, he fled for Paris due to the rise of National Socialism in Germany. There, he continued working as a dancer and posed as a model for Raoul Dufy.

In the mid-1930s Iolas left for New York. He became the primary dancer of the newly founded Ballet Theatre Company. Moreover, he worked with many important names in the business, such as George Balanchine and Yvonne Georgi. A while later, he became director of the Grand Ballet du Marquis de Cuevas. Under his directorship, the Grand Ballet flourished and cooperated with Balanchine, Sergei Prokofiev, and Igor Stravinsky.

Nevertheless, Alexander Iolas grew tired of the ballet business. He found that it was more about schemes and intrigues, rather than dance. He felt that it didn’t have much else to give to him. So, using a leg injury as an excuse, he abandoned dancing and turned to art in 1944.

Georgio de Chirico was the artist that first took Iolas’ breath away. Iolas came across one of his paintings back in Paris and immediately fell in love. In 1946, Iolas opened his first gallery in New York, the Hugo Gallery, along with Jean Hugo, grandson of Victor Hugo. At first, he had no money or funds. But, he had the financial support of Elizabeth Arden and Jean and Dominique de Menil. Furthermore, he was already close friends with many artists and that helped him a lot in his first steps.

Bringing the Surrealists to the USA

Alexander Iolas was the person that helped to introduce Surrealism to the USA. He was quite familiar with the movement and its artists from Europe. Surrealists were established and renowned back home. However, they had no important impact on the American market, nor did they know anything about it. So, Iolas, a huge fan of the movement, represented and promoted them in his galleries. He made American collectors fall in love with them as he had. But the Surrealists appreciated him too. In fact, Alexander Iolas was the exclusive representative of Max Ernst and René Magritte in the USA until their deaths.

Alexander Iolas was closely connected to the Pop Art movement. Actually, it was he who discovered Andy Warhol and recognized his talent, while Warhol was still making shoes. He pushed and funded Andy Warhol to create his art and become the phenomenon he remains up to today. Over the years, Iolas and Warhol became very close friends.

In 1984, Iolas ordered Warhol to create a series of the Last Supper for his new gallery in Palazzo Stelline, Milan. It was opposite the church Santa Maria delle Grazie, where the original Last Supper by Leonardo da Vinci was. When they presented the artworks, the art world was left in awe. It was viewed by an estimated 30,000 people and took Milan by storm. The Last Supper was Andy Warhol’s swansong. However, it was Iolas’ too.

Alexander Iolas worked with other artists as well. To name a few, TAKIS, Niki de Saint Phalle, Jean Tingueli, Martial Raysse, Pino Pascali. He also published detailed catalogs along with André Breton about many Greek and foreign artists. At the same time, he promoted Greek artists abroad: Nikos Hatzikyriakos-Ghikas, Giannis Moralis, Giannis Tsarouhis, and others. Moreover, he made great donations of artworks to The Metropolitan Museum of Art, the Modern Museum of Modern Art, Centre Pompidou, and the National Gallery of Athens.

In the 1960s, Iolas started spending more and more time in Greece. He fell in love with the history of the country and its ancient civilization. It disappointed him that there was no museum of modern art and that the Greeks couldn’t see the artistic wonders he had discovered all over the world. So, he decided to create a huge museum.

In the 1970s, he started building a house, Villa Iolas, in Agia Paraskevi, a suburb of Athens. There, he moved the entire collection of ancient Greek antiquities he had bought in order to repatriate them. He also moved his Byzantine collection, his paintings, and sculptures, his tapestries, and china, all of great financial value. Iolas dreamed that this house would become the largest art museum in Athens.

While he was building it, he also contributed to the opening of galleries in Athens, such as the Zoumboulakis Gallery and the Bernier Gallery. In addition, he helped in the founding of the Macedonian Museum of Contemporary Art in Thessaloniki. Iolas really wanted to level up the art scene of the country.

The Yellow Press and the Scandals

Alexander Iolas was an eccentric person, at least for the conservative Greece of the 1980s. He wore fur, was bisexual, a socialite, and threw lavish parties all the time. Greece at that time had a populist government. Also, the vast majority of Greek people were culturally uneducated. So, they weren’t fans of his lifestyle. The Greek press labelled him as a “faggot” that came from abroad showing off his riches.

The scandal broke when Antonis Nikolaou, a former employee of Iolas, accused him of antiquities smuggling, drug peddling, and prostitution of young boys and men in a Greek tabloid newspaper, Avriani. This caused an enormous scandal around Iolas. One by one, almost every newspaper started accusing him of holding orgies with rich people, where they also used heavy drugs. Nikolaou himself was an alcoholic and stole precious pieces from Iolas’ home and sold them to buy more alcohol. He also used to dress like a woman and run outside Iolas’ residence screaming that he would kill him and pay for everything that he had done.

Iolas couldn’t handle all this hate. He felt so deprived because all he ever wanted for Greece was to raise its artistic and cultural level. All these accusations caused him severe depression, even though he still refused to leave the country. On the matter of the charges, he was only charged with the smuggling of antiquities. However, the charges were cleared, posthumously, because they were false.

Iolas left for Milan, for the Andy Warhol exhibition. Unfortunately, he did not attend due to his fragile health. He was diagnosed with AIDS, and that further contributed to his depression. He briefly returned to Athens and then moved to New York. Iolas passed away on June 8, 1987, defeated by HIV.

After Iolas’ final relocation to New York, his house in Agia Paraskevi was vandalized extensively. The artworks were looted since the Greek government hadn’t accepted his donations. In 1998, the Ministry of Culture listed Villa Iolas as a historic monument. However, it wasn’t until two years ago, in 2019, that its reconstruction as a cultural center began.