Byzantine Icons. The Who, What, When, and Where

An early copy of the original icon painted for St. Gregory’s canonization in 1368, Pushkin State Museum of Fine Arts: Moscow

Byzantine icons are more of a prayer object than anything else. Though likened to idolatry, the icons mean more than what can be confined by that singular definition. Byzantine icons in the Medieval church were used to accompany prayers...to give the worshiper a two-dimensional image, rather than a three-dimensional solid object, to use in their prayers.

They are not worshipping the object itself but the religious individual in the painting; or in the case of certain icons, an emperor. [caption id="attachment_19548" align="aligncenter" width="650"] 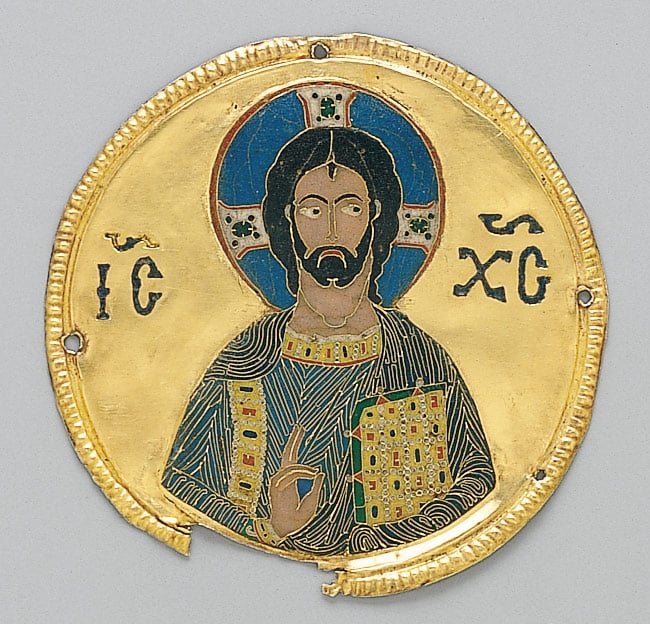 What Are Byzantine Icons?

An icon is a work of art, typically of religious nature; derived from the Greek word  eikōn, meaning 'image.' The most common icons are of religious figures: ranging from Christ, the Virgin Mary, saints, or angels. Furthermore, common icons are done in portrait style, but also may include narratives, such as this ivory piece from ca. 2nd century from the Byzantine Empire. Though the setting around it is Spanish and completed at a later date, the ivory center itself is from Constantinople. [caption id="attachment_19750" align="aligncenter" width="720"]

Book Cover with Byzantine Icon of the Crucifixion, ca. 2nd Century CE, Metropolitan Museum of Art[/caption] The term 'icon,' generally refers to a specific style of art from the Eastern Orthodox religion done in the style of a wooden panel painting; however, they came in multiple mediums and sizes - big, small, as jewelry, statues, church decorations, etc; and have been dated back to the 8th century CE. [caption id="attachment_19549" align="aligncenter" width="1024"] 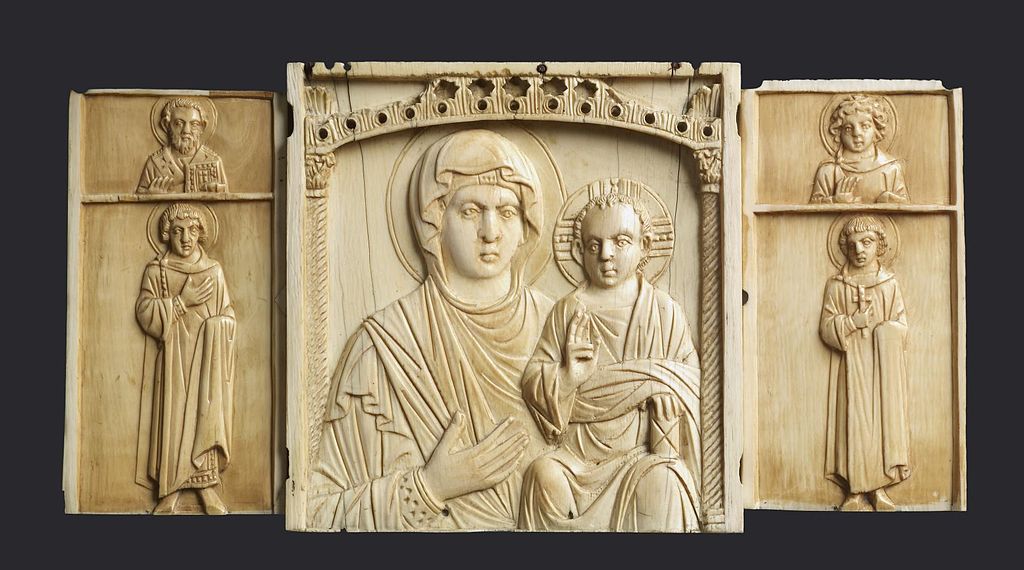 Triptych Icon of the Virgin and Child with Saints, ca. 10th c., Walters Art Museum, Baltimore[/caption] This triptych icon of the Virgin Mary, child Christ, and saints portrays the Virgin pointing to her the Christ child with her hand. This gesture is known as "she who points the way," or the Virgin Hodegetria. The name stems from a specific icon which was located in the Hodegon Monastery in Constantinople. Compositionally, the three distinct pieces do not match up. Art historians to believe the pieces were fitted together from two different artworks at a later date. While the pieces may not exactly match, this ivory and bone icon is a lasting example of the Byzantine style. Below, the Virgin Mary points to her Child once more. This is, however, much more of a stand alone piece. [caption id="attachment_19551" align="aligncenter" width="367"]

The Good and the Bad of Byzantine Icons Throughout History

In the Byzantine church, the icon was used for contemplation of prayer to be used as a method of direct communication with the religious figures. And while there are many left to admire from the Byzantine Empire period, there have been many acts of unrest against much more pieces than we know about.

Iconoclasm is defined as 1) the action of attacking or assertively rejecting cherished beliefs and institutions or established values and practices as well as 2) the rejection or destruction of religious images as heretical; the doctrine of iconoclasts. There has been more than one episode of iconoclasm within history and the Christian church; it is not an anomaly to the Byzantine or Orthodox culture(s). Relating to the Byzantine, or Eastern Orthodox church, is the iconoclast movement of "breaking images" due to the theological debates between the Byzantine state and Orthodox church. Because of the span of years where icons were not allowed to be produced or used in worship, not many still exist. Whether they were destroyed or painted over, the controversy was not without the loss of beautiful works of art. Neither icons of religious and figures or heads of state were safe from destruction. It still occurs today; when new political regimes take over, they tend to destroy the iconic images from the previous political or religious group(s). It is happening in the Middle East and even the United States where statues dedicated to Civil-War faction leaders are torn down because of the ideas they represent regarding racism and slavery.