The World As Seen Through de Chirico’s Surrealistic Eyes 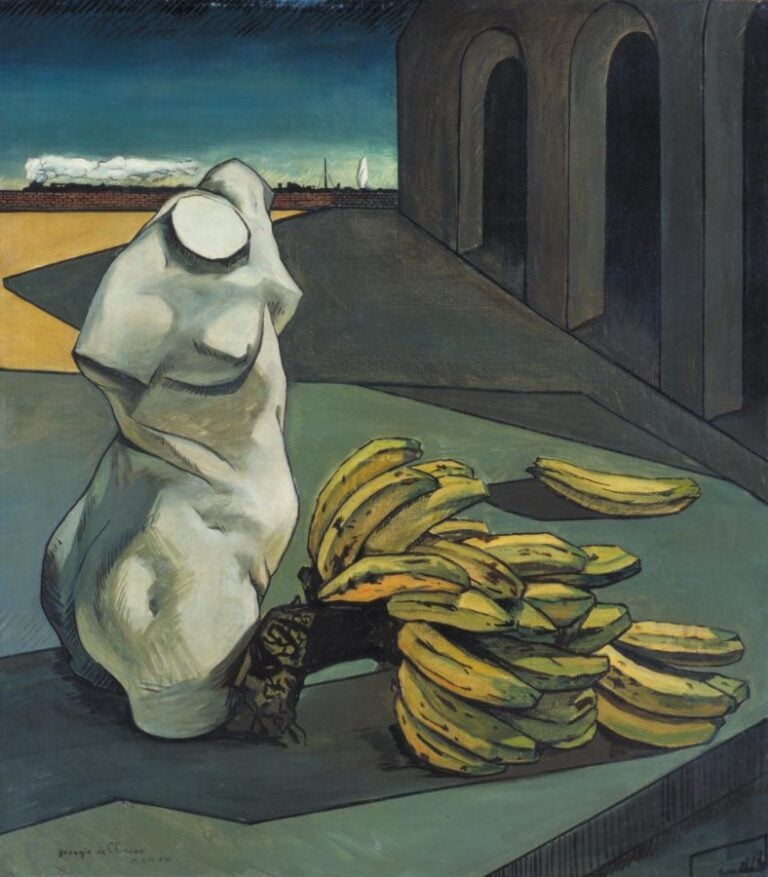 Giorgio de Chirico was an Italian artist born in Greece in 1888. He started his education in Athens and Florence. Later he attended The Academy of Fine Arts in Munich, where he profoundly immersed himself into Nietzsche’s and Schopenhauer’s philosophical worlds. Giorgio de Chirico is strongly associated with Surrealism, as he was one of the forerunners of the genre with a huge influence on the 20th Century cultural movement. His role in creating this new trend in art went deeper. However Giorgio’s de Chirico’s surrealistic eyes showed the world the unconscious in a different way.

The Memoirs of Giorgio de Chirico

The Scuola Metafisica was all about metaphysical art, a concept that stemmed from de Chirico’s admiration for the surrounding metaphysical beauty that he had observed during his travels. Giorgio de Chirico’s surrealistic ideas blossomed into the creation of a large collection of mystic paintings with remarkably sharp contrasts and perplexing titles.

Following World War I, de Chirico became fascinated by traditional styles of painting, and created a number of neo-Baroque pieces.