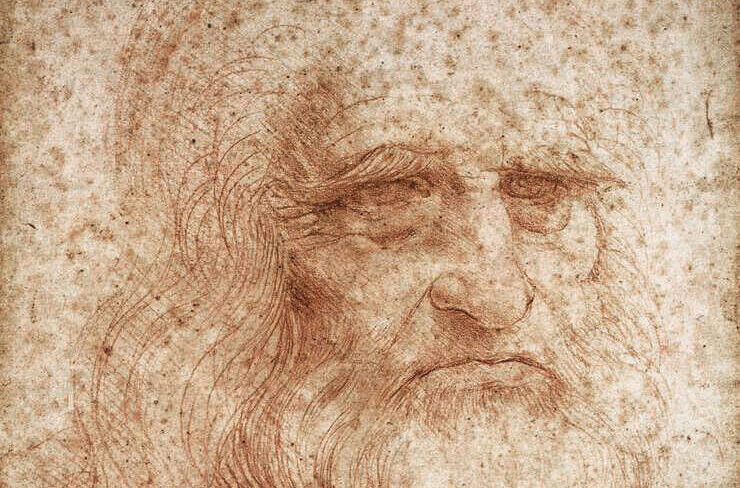 You may think you know everything about the genius of the Renaissance. But there are a few unknown facts about Leonardo da Vinci’s life that may surprise you. When da Vinci died in 1519, he left behind more than 6,000 journal pages filled with his personal musings, grocery lists, and bawdy jokes, so we know quite a few things about his life. Here, you will find our top 11 things you probably didn’t know about Leo + a selection of his magnificent works!

1. He was an illegitimate child.

Leonardo was a son of Caterina, a peasant, and Sir Piero, a lawyer and landlord. He lived with his mother until he was five, then he was taken by his father. He was homeschooled and lacked formal education.

2. And his family situation was even more complex than that.

When Leonardo was 16, his father Piero married 20-year-old Francesca Lanfredini who died without having any children. Piero’s legitimate heirs were born from his third wife Margherita di Guglielmo, who gave birth to six children, and his fourth and final wife, Lucrezia Cortigiani, who bore him another six children. In total, Leonardo had 12 half-siblings who were much younger than him – the last one was born when Leonardo was 40 years old.

3. He was the first one to answer why the sky is blue.

Da Vinci was the first person to explain why the sky is blue. If you don’t know – it is because of the way that the air scatters light from the sun.

4. He was dyslexic and wrote mirror image scripts.

Leonardo was ambidextrous, dyslexic, and could draw forward with one hand while writing backward with the other, producing a mirror-image script that others found difficult to read. As he loved secrets, it totally makes sense.

5. He was a great (sometimes dreamy) designer.

Leonardo designed an armored car, a scythed chariot, a pile driver, a revolving crane, a pulley, a lagoon dredge, a flying ship, concentrated solar power, an adding machine, and the double hull, also outlining a rudimentary theory of plate tectonics.

Da Vinci was a big fan of word puns and games. Folio 44 of his Codex Arundel contains a long list of playful synonyms for penis.

Leonardo, when first presented to the Milanese court, was a musician, not an artist or inventor. He played the lyre and composed music by himself.

Da Vinci had an unparalleled love for animals. Not only did he never eat them, but also sometimes he also bought caged birds intended for slaughter and released them into the wild.

When he was 24 years old, Da Vinci and a few other male companions were arrested on charges of sodomy. The charges were dropped, but Da Vinci was shaken by the event.

10. He had that thing for corpses.

One of da Vinci’s jobs was to dissect human corpses at the Hospital of Santa Maria Nuova in Florence. He used this experience to study the human form, and this experience pushed him to create over 200 pages of drawings.

Leonardo da Vinci was 67 when he died in Amboise, France. There is a legend claiming that when King Francis I found out about da Vinci’s state, he ran to Amboise and the artist died in his arms. But it is just a legend, of course.