Why Have There Been No Great Women Artists? 50 Years Later 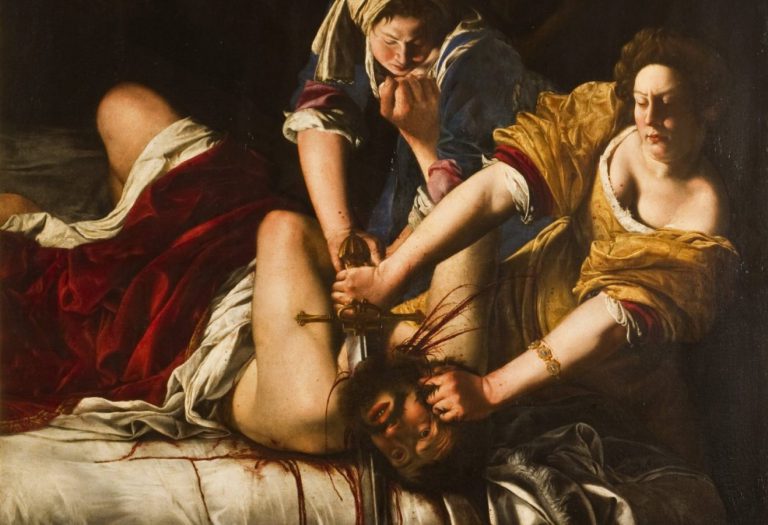 The well-known essay Why have there been no great women artists by Linda Nochlin was originally published in ARTnews in January 1971. It is an essay on proto-feminist art theory. Nochlin wrote it during the onset of the Women’s Liberation Movement in the USA. Until then, there hadn’t been any studies about women in art history. So, the feminist theory had to be constructed from scratch. The essay had a huge impact and caused many reactions. 30 years later, in 2006, Nochlin published an updated version. She acknowledged the progress in the art field but realized that there was still a long way to go before women were actually equal to men in art history. Today, in 2021, things are even better than before. However, there are still places in the art world that are fully dominated by men. So it is crucial to stick to our guns.

Why have there been no great women artists? The original essay

In an effort to answer the question of Why have there been no great women artists?, Linda Nochlin pointed out that so far (until 1971) the “natural” viewpoint in art history had been that of the white male. It is this intellectual dominion that should be put under the microscope. Feminists have been trying to prove that there have been great women artists and they had many examples. They also tried to prove that women artists have a different kind of “greatness,” implying that there is a feminine style in art, opposed to the masculine.

However, Nochlin disagrees and suggests that it is due to the institutions and education that women artists haven’t been acknowledged. From the Renaissance onwards, all institutions have tried to leave women out of the artistic occupation. Even when women managed to overcome certain obstacles, they still wouldn’t be treated the same as their male counterparts. Those with the privileges would do anything to keep them, so they institutionalized them, for example by not accepting female students in art schools.

We have learned that all artists from Michelangelo to Van Gogh and to Pollock are geniuses. Unfortunately, “genius” is a constructed myth that includes only male artists. These artists were lucky because another (male) master discovered them and helped them pursue their talent. As Vasari did with Giotto, for example. Who constructed this myth? Of course white male art historians.

Up until 1971, when Nochlin wrote her essay, no one was paying attention to the “background” details of each genius. Nochlin calls them the “right” ones. Such details include the family background, the social environment, and all the influences that led someone to become an artist.

How is art produced?

According to Nochlin, art is not an immaterial circumstance, independent from other factors or influences. It is a process that occurs within a social context or institutions, patronage, myths, a social outcast. For centuries, art academies forbade women students to study anatomy because they would have to paint nudes. The female nude body was already objectified for male students. However, a nude male model was a rare situation. And even then, there were rules that wouldn’t allow complete nudity, not even for the sake of studying.

This situation, along with the social standards for “domestic” women, wouldn’t allow women to pursue artistic careers. It wasn’t until the 19th and 20th centuries that matters changed. But, as one goes deeper into the past, one will realize that it was very difficult for women to shine as artists.

Why have there been no great women artists? 30 years later

In 2006, Nochlin published an updated version of Why have there been no great women artists. She noted several improvements in the art field. First of all, there has been a dissociation from the male perspective. The importance was now on the piece itself and not on the artist’s gender. The art field became finally more inclusive.

Secondly, the feminist and gender discourse of all these years (from the early 70s to 2006) had been huge, changing the way people thought about art. The ideal of the great artist changed. This allowed women artists, such as Joan Mitchell, Louise Bourgeois, Mary Kelly, Cindy Sherman, Lynda Benglis, and others, to flourish.

Thirdly, the relationship of women to public space also changed dramatically. Once, a public woman was “the lowest form of prostitute.” Nonetheless, the rise of the “New Woman” in the 20th century altered the perception of the woman. She finally entered (even in limited numbers) the public sphere of business and art. Especially after the 1970s, the position of women improved to a great degree.

However, as Nochlin states, there is still a long way to go. Patriarchal biases have deep roots in our societies, and it is up to us to eradicate them.

Today, after exactly 16 years after the updated version, we still need to fight. Even though the improvements have been enormous considering the 1970s and 2000s, men still dominate certain areas in the art field.

The art market is one of those places. At auctions, artworks by female artists are sold two or three times less than those by male artists. Also, they have a smaller demand. Nochlin believes that this isn’t a problem. She believes that an auction is basically a competition of rich people about who has more money. It doesn’t shape the real value of an artwork. But still, even in this case, isn’t it unfair that the competition is mostly about male artists?

Schools and universities are also problematic areas. Of course, women can study freely in art academies today. But the issue is somewhere else. It is in the school and university syllabus. Worldwide, many universities have changed the way they teach art history. That is, they incorporated women artists into their programs, and embraced a gender discourse. However, there are many who still haven’t done this. They teach art history without mentioning important female artists.

Moreover, university books often do not include them or refer to them only briefly. So not all educational institutions have embraced change. Some still function by maintaining male masters or geniuses on their pedestals.

Museums and galleries are probably the most troubled area. After Nochlin’s original essay, the Guerilla Girls took over and started campaigns to achieve equality in the museums. In 2016, Sarah Williamson began the initiative of Art Activist Barbie, in order to show the gender inequality in the art world. So, from these actions that go up to today, it is safe to say that we are far from the ideal.

Many museums have held exhibitions about women in art. But what do they do about their permanent collections? Do they change them in order to feature more women artists? Only in a very small percent. What about the galleries? Well, the situation is better because it is easier for them to embrace social change. When it comes to big events though, such as the Biennale, the situation is again biased. They often present many more male artists than female ones.

The ideal condition would be to have all genders equally presented in the art world. The goal is to end the patriarchic dominion and let art be pure, beautiful, inclusive. So, we should not stop our efforts to create a better future.

Nochlin, Linda, Why have there been no great women artists?, 50th-anniversary edition, Thames & Hudson, 2021.